What My Teacher Did Not Know About the Blue Whale

Blue Whales In the Pacific Ocean Are Magnificent

Pacific Environment is a non-profit organization that studies ways of helping maintain the wildlife along the global Pacific Rim (the perimeter of the Pacific Ocean). This includes the major Designated Regions of the Arctic, Alaska, California, China and Russia, along with areas in between.

In the Pacific Northwest and Alaska, the whale is respected as a power animal and the founder of many family lines among First Nations and Native Americans/ Native Alaskans. Much importance is attached to the whale for these reasons and for a tradition of belief that the whale communicates history to the people and protects history; so, the whale appears on carved cedar poles in this region from Alaska to the islands and mainland of British Columbia, to Washington, Oregon. and California.

Pacific Environment reports the range of average lengths of the Blue Whale is 79 to 88 feet long.

The Blue Whale has been the largest mammal and the largest animal that ever lived on Earth, reported as such in the 1940s and 1950s in a variety of old collectors' edition encyclopedias. Despite the intervening years and the discoveries of many other large animals past and present, none approaches the size of the Blue Whale.

Pacific Environment reports about 3,000 Blue Whales living around California coasts. However, it seems that shifting climates, ocean changes, and decreasing levels of noise are disturbing these sea mammals. In addition, chimerical ships are hitting them with greater frequency in recent years, because of increases in the Shipping Industry. Therefore, with fewer than 14,000 left globally, the Blue Whale is an endangered species.

The blue whale is a huge sea mammal, one of our baleen whales. At over 90 feet in length. and 400,000 tons, this is the largest and heaviest animal ever to exist to date.

Pacific Environment reports the range of average lengths of the Blue Whale is 79 to 88 feet long.

An encyclopedia from the 1950s that I found recently reported the Blue Whale's average length to be 80 feet, so it was a close figure to the present range, even in 1950.

The range of average weights today is 130 to 150 tons, but National Geographic uses the number of 200 tons when representing the Blue Whale. This number is also 400,000 pounds.

Could a pair of these animals have fit onto Noah's Ark?

The Smithsonian Says So!

In 5th grade reports, we had access to photocopies of recent Smithsonian Institution drawings comparing the images and physical characteristics of humans, elephants, the largest dinosaurs, and the blue whale, which was significantly the largest of them all.

Although teachers in grades 1 through 6 have been required to teach sciences in Ohio for decades, some have not received adequate training themselves in these classes. In my Grade 5 class, particularly, misinformation was rampant concerning mammals. As a project, we were required to choose a land or sea mammal current or past and report its characteristics and habitat range.

Our teacher was of the opinion that dinosaurs were larger than any other mammal living or extinct. When asked how big dinosaurs could become, she had no information other than the word huge. She was embarrassed to see our photocopies of recent Smithsonian graphs and line drawings comparing the images and physical characteristics of humans, elephants, the largest dinosaurs, and the blue whale, which was significantly the largest of any.

How large is an elephant? We did not ask her.

How Big Is an Elephant? A Whale Tongue?

We go to many experts in the field of large land mammals. These are Defenders of Wildlife, the National Zoo of the Smithsonian Institution, National Geographic, and the Cincinnati Zoo (which is always eager to answer questions).

We in the world have several types of elephants, but they are losing their habitat to warming and drying climates.

Any elephant calf can weigh up to 250 pounds or more, so could the tongue of the Blue Whale weigh as much as a full grown elephant? Possibly. Bull elephants have been found in the range of weights from 6,000 to15,000 pounds.

At these figures, two or three of these elephants can fit inside the mouth of the Blue Whale shown on National Geographic charts, so yes, this size elephant weighs less than the tongue of the Blue Whale. The tongue weighs more - unless it is hollow, which it is not.

This Is Only A PYGMY Blue Whale

Elephants communicate in a language studied more closely than before in the 2000s and 2010s by researchers living near them. In addition, elephant rumble-sounds of frequencies humans may not hear travel across the ground in the jungles and are picked up through elephant feet. Similar tendencies are true for whales.

It turns out that Blue Whales are very loud vocally, sometimes out-shouting a jet engine. They produce a series of pulses and moans loud enough to travel halfway across an ocean, at frequencies below that of human hearing capability.

Blue Whales and elephants must be cousins, at least linguistically.

I don't think any of these blue leviathans shrank, grew legs, turned grey and walked out of the Pacific Ocean. Humorously, perhaps my 5th grade teacher might have thought so after reading our reports.

The BBC One Big Blue Live show was filming in the Monterey Bay area of California during September 2015 and its crew and reporters witnesses a blue whale surface among many humpback whales. It even pouted for the cameras (please see the video).

These mammals and other wildlife are repopulating the Monterey Bay, whereas they had been declining in numbers, either hunted or migrating to near disappearance. 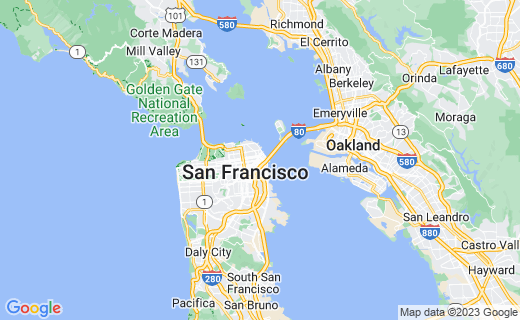 Take off point of many humpback whale watching tours and location of blue whale sighting 9/8/2015.