What Should I Know about China’s Ghost Cities?

If you build them, will they come?

In the United States, the overly inflated real estate market collapsed in 2008, and the bubble may burst in China next.

China has constructed numerous ghost cities in recent years, even though few people can afford to live in them. In fact, many of these ghost cities have been built in inhospitable areas, one of which is Ordos City, located in the desert-dominated land of Inner Mongolia!

Still, China continues building these eerie, uninhabited cities, complete with theme parks, shopping malls and mock districts such as the Manhattan of the Far East.

But why do the Chinese keep building entire cities if tenants aren’t lining up to live in them?

Let’s look into the construction of these bizarre, vacant metropolises and see if we can answer that perplexing question. Please keep reading! 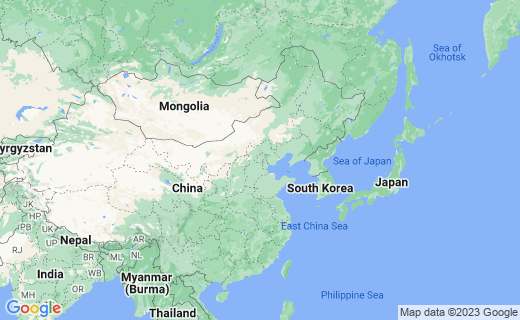 How many ghost cities are there?

As shown on the HBO series Vice, Season 1 episode 6, the narrator, Ryan Duffy said that in 1998 the Chinese government made it legal for people to buy their own homes and thereafter launched a building boom like nothing seen before on planet earth, certainly beyond the housing boom in the U.S., which crashed in 2008, leading to the global economic crisis. Duffy also said there are 11 so-called ghost cities in China, most of which located in largely unpopulated areas of of that country.

Moreover, according to the article “New Satellite Pictures of China’s Ghost Cities” published in June 2011 on the website for Business Insider, China plans to build 20 cities per year for the next 20 years. Managing editor and founder of Forensic Asia, Gillem Tullock said:

China consumes more steel, iron ore and cement per capita than any industrial nation in history. It's all going to railways that will never make money, roads that no one drives on and cities that no one lives in. It's like walking into a forest of skyscrapers, but they're all empty, he said of Chenggong, one of these ghost metropolises. It’s essentially the modern equivalent of building pyramids. It doesn’t add to the betterment of people’s lives, all it does is promote GDP.

Incidentally, many of these ghost cities can be viewed on Google Earth.

Moreover, according to the website Chinaghostcites.com, as of the end of 2011, 64 million newly built apartments were vacant in China. This represents potential housing for 200 million Americans, or about two-thirds the population of the United States.

According to the article “China’s Ghost Towns and Phantom Malls” published in August 2012 for the website for BBC News, Chenggong has 100,000 new apartments with no occupants. It’s also furnished with a huge stadium, shopping plazas, luxury villas, office towers and government buildings, all of which mostly or completely unoccupied.

Beginning in 2003, Chenggong was built to hold six and a half million people and act as an extension for the nearby city of Kunming. Authorities have tried to attract tenants to this marvelous empty municipality but few people have moved there. The reason: rent is simply too expensive, especially for China’s burgeoning middle class.

Why does China build cities that aren't needed?

China strives to be the world’s largest economy, and the largest component of its gross domestic product is construction, so they build cities on an unprecedented scale, essentially erecting the equivalent of Rome every two months. And since seven to eight million people are added to the workforce every year, the government must do what it can to keep them busy. With this monstrous labor pool, it would be hard, if not impossible, to suddenly shut down construction.

Also, in order to keep people working, China will apparently build ghost cities anywhere in the world – for a price, of course. According to another story dated in July 2012 on the website for the Business Insider, China constructed a $3.5 billion modern metropolis near Angola’s capital city of Luanda. Named Nova Cidade de Kilambe, this town was designed to hold about 500,000 people, though it’s mostly uninhabited, because few Angolans can afford to live in $250,000 apartments. By the way, the per capita GDP of Angola is $5,144 per year.

Some of these ghost cities are essentially theme parks, one of which is named Thames Town, modeled on modern London, England. Another one looks like a much smaller version of lower Manhattan; still another resembles Paris, France. Virtually nobody lives in these cute communities, but couples seem happy to have their wedding photos taken there.

What are the potential consequences for this building boom?

Common business sense would seem to show that the potential consequences of this building boom on steroids could be something similar to what happened in the U.S. when the housing market “tanked” in 2008, leading to the so-called Great Recession, which stymied the economic aspirations of numerous countries worldwide.

According to the article “Why Jim Chanos is Wrong about China’s ‘Ghost Cities’ “ on the website moneymorning.com, dated May 15, 2013, American hedge fund manager Jim Chanos said, "Anything that's depending on the Chinese economic miracle I would be careful of."

Chanos went on to say that numerous problems plague China’s economy: economic inefficiencies, real-estate and credit bubbles, questionable “audited” numbers, inflation, the construction of numerous ghost cities, money laundering and corruption by the ruling elite, as well as other pressing economic issues. Chanos said all of these factors may precipitate a much greater problem in the future for China’s economy.

But other experts think China’s building boom should be viewed with “great expectations,” because there are numerous ghost cities and other unoccupied real estate developments in the U.S. and other countries. In most cases, the builders overestimated demand and simply have to wait until buyers show up - while they continue making payments on loans for property and developments nobody seems to want.

But what will happen if buyers never come around and these ghost cities begin to crumble into dust? Unlike the ancient stone-built cities of antiquity, modern cities need almost constant maintenance.

Nobody knows for certain what the consequences could be for China and its unprecedented building boom. Many of these mysterious ghost cities cost billions of dollars to build, and with little or no return on the government’s investment, how will this affect the economy of China? Only time will tell, of course. But the strategy of building for the sake of building may lead to another global meltdown, whether it begins in China, the United States, Angola or someplace else.

Here’s a final note: The Chinese are buying real estate across America, as this investment tactic may seem safer than investing in their own ghost cities.