In what does happiness consist, according to aristotle?

What does happiness consist in? According to Aristotle, Nicomachean Ethics

After reasoning that happiness is the ultimate good in life, Aristotle discusses what, if anything, a man can do to in order to be happy. He says that happiness is achieved by those who live in accordance with complete virtue throughout a complete life, being sufficiently equipped with external goods, and who are likely to die without encountering numerous and major misfortunes.

Aristotle presents that happiness is a natural consequence of acting in accordance with virtue, for such activity causes pleasure without causing any harm (Roger Crisp, 2000). To act with complete virtue, a man must do all that is good for him and nothing that is bad for him from a natural disposition to do so. In order to act with virtue in some situations it only requires man to act or to abstain from action. For example, when there is a building burning down with people trapped inside, a man must decide whether to run in and try to save them, or whether to remain outside. However, in some situations a man must find a point of excellence; this being a point where doing any more would be excessive and where doing any less would be insufficient. Finding a point of excellence is apparent in the consumption of food. A man can put his health at risk by eating either too much or too little. For this reason, man must find the point of excellence, or the golden mean, by eating neither too much nor too little. By acting with excellence, or according to virtue, a man incurs all the good consequences and avoids all the negative ones. The remaining criterion for a man's actions to be considered virtuous is that he acts from a natural disposition. For example, a criminal may tell the truth only because he thinks it is best for him in the given situation and not because he has a habit of telling the truth. Therefore, the criminal's action is not considered a virtuous one. Only after one has developed a habit of acting according to virtue is it possible for him to act virtuously because of a natural disposition to do so.

Aristotle also explains that a man must act in accordance with virtue consistently in order to be happy. Vices of excess or deficiency have harmful consequences, such as illness or guilt, which can interfere with a man's happiness. A few vices can be enough to rob a man of the happiness afforded to him by his many virtues. For example, if man lived virtuously for many years and then committed some terrible act, the guilt, which is a natural consequence of terrible acts, would interfere with the man's happiness. In order to attain happiness and avoid all the harmful consequences of vice, a man must develop good habits by consistently acting in accordance with virtue. (Roger Crisp, 2000)

For a man to act, virtuously or not, there must be both things to be acted upon and things with which to act. A man who is utterly isolated has no one on whom to act, and therefore does not act at all. Happiness for such a man would be impossible since it only comes by way of virtuous action. By the same reasoning a man who has more people on whom to act, as in more family, more friends, or more subordinates, has more opportunities for virtuous action and more opportunities for the pleasure that is a natural consequence of virtuous action. In other words the man who has more people on whom to act and more power (influence) with which to act will be a happier man, if he acts virtuously, than a man who has less than either. In this way, sufficient external goods are necessary for virtuous action and ultimately for happiness.

According to Aristotle, even if a man acts virtuously over a lifetime, a few, major misfortunes can deprive a man of some happiness. He cites the story of Priam, a fabled ancient king of Troy, as an example of a virtuous man who did not have happiness in the end of his life. Some events, such as natural disasters and death, can affect our happiness; however, Aristotle makes the point that chance events rarely reverse the state of happiness or misery brought about by our virtuous actions or the lack thereof.

Aristotle conceives of ethical theory as a field distinct from the theoretical sciences. Its methodology must match its subject matter good action and must respect the fact that in this field many generalizations hold only for the most part. We study ethics in order to improve our lives, and therefore its principal concern is the nature of human well-being. Aristotle follows Socrates and Plato in taking the virtues to be central to a well-lived life. Like Plato, he regards the ethical virtues (justice, courage, temperance and so on) as complex rational, emotional and social skills. But he rejects Plato's idea that training in the sciences and metaphysics is a necessary prerequisite for a full understanding of our good.

What we need, in order to live well, is a proper appreciation of the way in which such goods as friendship, pleasure, virtue, honor and wealth fit together as a whole. In order to apply that general understanding to particular cases, we must acquire, through proper upbringing and habits, the ability to see, on each occasion, which course of action is best supported by reasons. Therefore practical wisdom, as he conceives it, cannot be acquired solely by learning general rules. We also must also acquire, through practice, those deliberative, emotional, and social skills that enable us to put our general understanding of well-being into practice in ways that are suitable to each occasion.

But I agree with the reasoning that Aristotle used in order to determine what happiness is and the means by which a man can obtain it. I judge that the conclusions which he reaches in book I of Nicomachean Ethics are in harmony with the religious beliefs which comprise the basis of my own reasoning. I believe that men who live virtuously will have peace of conscious, which peace is the very essence of the happiness that Aristotle described. 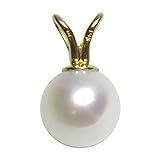