US History - Indian Wars and the American Revolution

Prelude to the American Revolution

The British in America were distracted by the French and Indian War (1754 -1763). This was a war with France and was only one of a series of such wars that began in the 1600s.

Warring over land title ownership seems to have begun as soon as the European groups settled in America and organized themselves beyond mere survival during the harsh winters.

As European settlement progressed, the newcomers seemed to want even more land for their home countries' Kings and Queens.

The French and Indian War was the first war entered into by Europeans on land in the New World, previous wars between France and England having begun largely in Europe.

The Ohio Company of Virginia was an 18th century land speculation company. it was founded for settlement by Virginians of the Ohio Territory and for trading with the Native North Americans in the territory. Ohio finally became a US State in 1803.

Both the French and the English wanted the land that was Ohio and its surrounding region, because both European nations had sent fur traders in to deal with Native North Americans in that territory. By the mid-18th century, the Ohio Company of Virginia was an active group of English traders that wanted to split the territory into farms for the English.

The French tried to stop this farming by sending in troops and building a fort in what is now Pittsburgh: Fort Dusquesne. However, the Miami Indian town, Pickawillany, served many British settlers. Nevertheless, the French and other Native Americans destroyed the village in 1752.

Maps of the French and Indian War Events

Native Americans in the Ohio Territories

Native Americans in the Ohio Territories sided with the French, because there were fewer of them than the English, whom they thought would overtake Native lands and displace the indigenous people.

[Note: My French-Mohawk ancestor was part of this on the French side, which is ironic, since the other side of my family is distantly linked to the Queen of England. They came to America around the time of The French and Indian War. Perhaps they even fought each other 300 years ago. In my own lifetime, I have seen French-British tensions close up.]

English Prime Minister William Pitt sent backup British troops to America in 1758 and they conquered for Duquesne. Next, they captured Fort Niagara and Quebec, the largest French city in the New World and then Montreal in 1759. England was now in control.

The French and Indian War actually continued in the Old World -- Europe, Africa, and Asia - until the Treaty of Paris was signed in 1763. Britain came out of it owning the majority of what is now Canada and the lands from the Atlantic Seaboard to the Mississippi River, except Florida.

Meanwhile, the Colonists in The 13 Colonies wanted independence.

A New Nation and Constitution

The Six Nations of the Iroquois Confederacy, the first and oldest representative democracy, greatly influenced the US Constitution. The Six Nations are Mohawk, Onondaga, Oneida, Cayuga, Seneca, and Tuscarora. 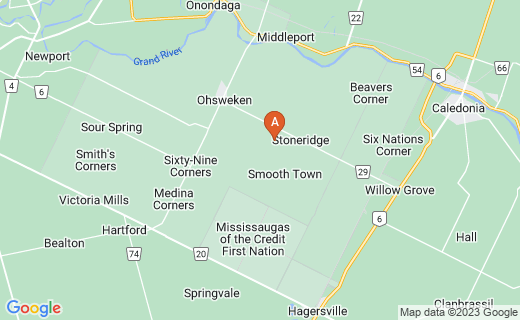 Joseph Brant (Chief Thayandaneega) was a war chief of the Iroquois Six Nations, but also a British military captain. He recognized the usefulness of interaction with the British and received sand English education. Indeed, the Mohawk and other Iroquois interacted with the English and even began businesses and worked in and among them.

Captain Brant earned the respect of Native Americans and English alike, because he helped to bridge the two worlds. When the American Revolution ended in 1783, he became a US statesman and negotiated land settlements for the Iroquois Six Nations: Mohawk, Oneida, Onondaga, Cayuga, Seneca, and Tuscarora.

The Six Nations lived in Ontario Province in the Grand River Valley. Statesman Brant was vital in aiding economic, religious, and political activities. The Mohawk Nation is still a vital political entity in Ontario. Brant helped start a school and a grist mill in the region, but he always kept the attitude that Native Americans are sovereign nations.

England wanted to control the 13 Colonies to prevent their expansion by themselves westward, because all control would then be lost. (Imagine trying to control a child or teenager 3,000 miles away without mail, phones, computers or any other contact. Mind control probably won't do it.)

In a political ploy, England enacted the Royal Proclamation of 1763 to reserve all the lands between the Alleghenies, Florida, the Mississippi River and Quebec for Native Americans. The Colonists felt belittled. Next, the Sugar Act of 1764 prevented import of foreign rum, taxed molasses from home and abroad, and further, taxed wine, silk, coffee and other items. England sent warships to watch for smugglers.

The English carried "writs of assistance" that let the Crown's officers search suspected premises at will. Colonists began to chant "No taxation without representation." They received the Currency Act for their trouble, which permitted only British money to be used. Then came the Stamp Act that pasted tax stamps on newspapers, pamphlets, leases and all other printed matter. Everyone in the colonies had to pay. This led to the formation of the secret security organization Sons of Liberty and the Boston Tea Party.

England would not permit Americans to be represented in the British Parliament. Instead, Colonists received The Townshend Acts that funded colonial governors, judges, and the Red Coats and such in America. The Colonists boycotted British goods, so England repealed taxes except for the Tea Tax. Incensed, the Sons of Liberty initiated the Boston Tea Party.

Next, England enacted The Intolerable Acts.

Foundations of Religious Freedom in America

Puritans and the Quakers

This is almost like the beginning of Republican and Democrat political parties on an elementary level. The Quakers went on to fight for abolition of slavery, Native American rights, prison reform, prohibition alcohol, education, and the women's movement.

The French Huguenots also came to America for religious freedom and two of their most famous members were Paul Revere and Francis Marion, the Swamp Fox.

Heroes of the Revolution

My favorite figure in the American Revolution (American War for Independence) is General Francis Marion. He was nicknamed the "Swamp Fox" when British Colonel Tarleton cursed him as a crafty fox for his guerrilla warfare techniques.

The Red Coats simply lined up and marched forward in lines, moving across fields with their red coats blaring in the sun as easy targets. The Colonists under Marion hid with camouflage and jumped out of trees on them, etc.

He used the land to help him outsmart the British. One of the major advantages that the rebels had against the British is that they knew the lay of the land! In 1842, the Marion Military Institute was founded, making it the oldest military junior college in the nation.

Francis Marion and the Legend of the Swamp Fox 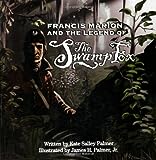 Francis Marion and the Legend of the Swamp Fox
This is one of the first books I collected on this subject. Francis Marion was nicknamed the "Swamp Fox", a commander and Brigadier General for his command of volunteer troops during the American Revolution. His men were primarily local farmers, Native Americans, and African Americans who fought in the swamps of the Southeastern Seaboard. They attacked at night and took British supplies, weapons, and horses in a series of actions vital to the forming of the USA.
Buy Now

More About the American Revolution