What to Do If Police Won't Help You: Harassing Harassment Stalking

In Part 1 of this series we discussed what Text Message Harassment is and HOW to properly report it to police (including the correct way to supply evidence to Detectives), then in Part 2 I explained the process you can expect to occur after you have reported your incident. But what happens when you have your evidence returned to you and “nothing happens”? Well, most likely you are very frustrated and possibly afraid of your harasser. However, you have “hit a brick wall” with local police because the Detective determined there wasn’t a reason to pursue the report. However, giving up might not be an option, especially if the harasser is “destroying” your life. Severe, ongoing harassment can lead to a nervous breakdown in addition to a plethora of medical conditions if not stopped.

Before you can continue on, you need to judge how severe the harassment is. Do you feel that you are on the verge of breaking down? Is the harassment to the point where it is now hurting your work abilities, your family life and your relationships with others? OR is the harassment simply childish and annoying but not destructive to your life and well being? Only you can truly answer this question.

Here’s a lot of things to consider that should help you be able to determine what to do from easy fixes to taking legal action into your own hands and forcing legal action to occur:

METHOD 1: CHANGE YOUR ACTIONS AND THINKING

This is probably the hardest thing to do because it requires nerves of steel, but remember the saying “what doesn't kill me only makes me stronger” – it’s very true. In life, we can never control someone elses actions, but we can always control our own actions, and our own actions are based on emotion. Once you learn to master your emotions you will be able to think with a “clear head”. As humans, we choose the outcome of almost all situations. Think of a terrible situation such as a death; you can choose to morn and be depressed for the rest of your life OR you can choose to grieve then make something positive out of the traumatic experience in honor of the one you loved (and still love) OR you could also choose to send your own life on a downward spiral. The choice is ultimately YOURS and only yours.

Dealing with severe harassment is the same. Daily hurtful, malicious messages that launch attacks on your character, your family, your job… it is depressing and exceptionally painful… if you ALLOW it to be so. But you must remember that your attacker will continue to attack as long as you continue to allow them to attack. One solution is to just ignore the messages. Another solution is to CHOOSE to laugh-off the messages; if you genuinely read them, you will find that the majority of them are so obnoxious that they can be humorous; I’m a fat, ugly, retarded whale that has stupid children and I deserve to die? – ok, if this is how the harasser feels, then why is he/she spending so much time harassing a fat, retarded whale with stupid kids who deserves nothing more than death? - It would appear the harasser has one finger pointing at you and three pointing back at them; a typical case of “bully syndrome”. This occurs when someone else is so miserable with their life that the only time they are “happy” is when they are hurting others. BUT if the subject of their harassment isn't getting mentally hurt, then the game is over and the harasser will find a new victim eventually. It may take them weeks, months or even over a year, but they WILL eventually go away because there’s no pleasure in not getting a reaction.

METHOD 2: SHUT DOWN THE HARASSER

If changing your attitude is out of the question, then consider shutting down all methods by which the harasser can communicate.

If the harasser is sending text messages that you feel are destroying your life, change your phone number for Petes Sake. Sure, it’s an inconvenience, but you have already admitted the harassment is so severe that you cannot function and enjoy life. Is a few weeks of giving out your new number really such a bad tradeoff for ending the harassment texts? If the person is calling a home phone or computer; change those numbers too.

If the harassment is online (Facebook, Twitter, etc) and it’s so horrible that you don’t want to live; then walk away. You CAN truly live without a Facebook account. You will also survive without a Twitter account. There is no online profile that is worth having more than your life and sanity.

METHOD 3: MAKE (AND SAVE) REPORTS TO NON-POLICE

If your harassment is on Facebook, Youtube, etc; make reports to all of these entities. Be sure to save the evidence of the reports you have made. You can also go to the FBI division of online crimes and submit all of your information if it involves threats. The FBI for Cybercrime will NOT handle / investigate the claims, but they will review it and determine where the information should be sent (NOTE: It’s possible your information may end right back in the lap of the same detective that turned it down the first time).

If your evidence was returned the first time, BEFORE you visit County police it is very important that you read Part 1 of this article; specifically about How to Compose Your Evidence for Police. Often times, police cannot make “sense” of the evidence you are providing, especially if they are not technology savvy. Therefore it is mandatory that your evidence is easy-to-understand. If you can, compose your evidence then have a family member or friend who is not familiar with the harassment review it. Do not give your friend or family member ANY verbal information. Have him / her explain what he / she makes of your evidence. If your friend / family member can’t understand it or misunderstands it, you need to revise your layout or clarity.

When you go to visit County Police, dress nicely and have everything on hand for them to temporally keep.

When you arrive at County, you will need to explain the situation to the officer / person at the front area. You need to be very clear that you have already went to Local Police and they do not understand the situation. You will also need to be very specific “Threats against my life have been made and I am very afraid”. The police may suggest you seek a Restraining Order or PPO.

METHOD 5: GET A RESTRAINING ORDER OR PPO

Check out my article about Restraining Orders versus Personal Protection Orders. You do not need police to work with you to get an order against someone. However, showing you have made police reports can greatly increase your chances of having the order granted.

What Is The Method Your Harasser Uses the MOST to Harass You?

Having a lawyer send a Cease and Desist Letter to the Harasser is a legal demand that he / she immediately ceases all forms of harassment as well as having other individuals harass on his / her behalf. Having a lawyer send a letter is not expensive in terms of “your live versus spending money to save your life”; and it is exceptional evidence for moving forward in the event that you ultimately need to file a legal case against the individual.

BUT have caution, Cease and Desist letters should not be taken lightly. When you retain a lawyer to create and send a C&D, it is a legal demand; and you cannot be equally a harasser or feeding into the harassment game. If this really is the case and you choose to fool your lawyer by claiming to be an innocent victim of harassment, you could find yourself in a ton of legal trouble and a financial drain to *attempt to* fix it.

Check out my other harassment related articles to find more ways to combat harassment: 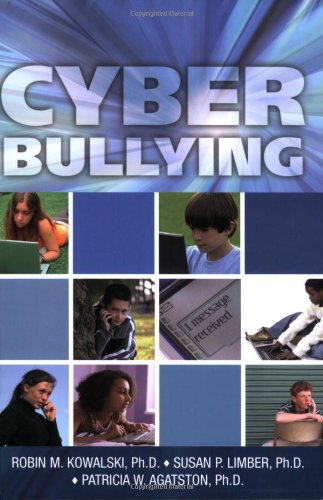