When Henry Hudson first looked on Manhattan in 1609, what did he see?

One of the recent visitors to the New York City is a beaver, and no one knows exactly where he came from. It is a guess that he swam down the BronxRiver from WestchesterCounty to the north. In 2007 he showed up on a river bank in the Bronx zoo, where he chewed down a few willow trees and built himself a home. The chances of a beaver to be in the Bronx zoo at that time was zero, says Eric Sanderson, an ecologist at the Wildlife Conservation Society (WCS). There has not been a beaver in the New York City for more than 200 years. In the early 17th century, beavers were hunted for their pelts in the Dutch village of New Amsterdam. These pelts were fashionable in Europe and the fur trade was a flourishing business that a pair of beavers can be seen on the official seal of the city, but the real animals vanished.

This is the reason why Sanderson was in doubt when one of his fellow employees at WCS told him that he had seen evidence of a beaver during his walk along the river. But Sanderson thought that it would have been a muskrat, since they are more tolerant to city life. But Sanderson and his fellow employee saw the beaver’s lodge one day when they climbed around the fence in the zoo, and two weeks later they ran into the beaver itself. He swam up the river and started doing circles in the river. Then he did the beaver alarm call with his tail, slap, slap against the water. The beaver’s return was considered a victory by the conservationists and volunteers who have spent more than 30 years working for the health of the river Bronx which was once a dumping ground. The beaver was named Jose, in the honour of Jose E Serrano, the congressman from Bronx, who helped support the river cleanup through more than $15 million in federal funds.

Now Jose’s story meant something really important for Sanderson, since he has been working on a project at WCS for more than ten years to envision what the island of Manhattan actually looked like, before the city took root. It is “The Mannahatta project” (Mannahatta – island of many hills) which is an effort to find out what the island actually looked like just before Henry Hudson and his crew sailed into New York harbour and spotted the island on the afternoon of September 12, 1609. Sanderson says if people today could imagine or picture what a natural wonder Hudson looked upon, they would fight harder to preserve other wild places. He wants people to fall in love with New York’s original landscape and want to show hoe nature can be with all its parts in a place where people normally do not think of having no nature at all.

Before the hills of Manhattan were pulled down and its wet lands were paved over, it was a wild land with tall chestnut, oak and hickory trees. It also had salt marshes and grasslands with turkey, elk and black bear. There were sandy beaches along the coasts. More than 66 miles of streams flowed through Manhattan. Surprising information is, 400 years ago, there was a red maple swamp in the Times Square.

One day Sanderson waited for the light to cross Seventh Avenue, and he did not look much different from the tourists beside him. Unlike the others, he was following a trail along a swampy creek that disappeared beneath the entrance to the Marriott Marquis Hotel at the corner of Broadway and West 46th Street. Sanderson says that there would have been a beaver pond in that place and the place would have been much quieter, which would have been a good place for deer, wood ducks and other animals that live in or near the streams and also for brook trout, eels, pickerels and sunfish.

One evening in 1999 Sanderson conceptualised the Mannahatta project, with a book of historical maps of the city of New York in his hands. Sanderson was then recently transferred from Northern California to New York and was curious to find out how the city evolved, because Manhattan is completely different in appearance, a city where you cannot see a tree or a plant except for a person or dog. While he was looking through the maps, he came across one particular map from either the 1782 or 1783 that showed hills, streams and swamps including orchards and farms. It was created by the British military cartographers, when they occupied New York for eight years. It was the British headquarters map, which clearly showed the island’s geographies in a very unusual way. This made Sanderson enthusiastic and he wanted to lay the street grid of today’s city over this 18th century rendering and see if anything would line up. So he started to find this out through weekend expeditions with family and friends. They visited places on maps that still existed.

The first one on the list of expedition was the TrinityChurch in lower Manhattan, which was found in the late 17th century. This cemetery can be located on both the British headquarters map and the today’s street grid. Sanderson was able to virtually pin both the maps by taking a GPS reading at the site and then attaching it to the digitalised version of the older map. He then repeated this process on around 200 places repeating the same pinning process, which finally helped him and his team succeed in matching the British Headquarters Map to today’s city grid with an accuracy of half an uptown block. This now helps Sanderson stand anywhere in Manhattan and picture what had been there in 1782.

Now Sanderson did not want to stop with this time of 1782, but wanted to go further back to 1609. He and his team started removing from the map all the features like roads, farms and forts that had been added by new settlers and soldiers. Now their digitalised map was reduced to a basic map of physical landscapes with shorelines, cliffs, hills, streams and ponds. Sanderson is a landscape ecologist who has skills in separating a wild place conceptually. For example, separating a rainforest into geological, ecological, hydrological and cultural layers. Now he and his team started building a landscape from the bottom most part starting with the terrain and filling it with plants and animals that had the likelihood of living there. Also Manhattan was located at the intersection of geographic regions which were likely to have spruce trees, magnolias, migratory birds and even tropical fish. Sanderson and his team started listing the various ecosystems and identified a total of 55 ecological communities, which describes an incredibly diverse place that would have become a national park if it had stayed the way as it was back then.

The team now started filling in the wildlife, by identifying the essential habitat for each species. That way they compiled a list of species and formed a database. They then discovered a network of relationships among the species, habitat and the ecosystems on the island and called this network a Muir web, which was named after an American naturalist John Muir. Muir once quoted that, “When we try to pick out anything by itself, we find that it is bound fast by a thousand invisible cords that cannot be broken, to everything in the universe”. Sanderson and his team were trying to make these invisible cords, visible.

He for example starts with a beaver that lived at Times Square in 1609. If he is caught by the scruff of his neck and taken out of the web, we can find those cords connecting him to the stream, the trees he ate, the mud and twigs he used to build his home, the bobcats, bears and wolves that preyed on him, the frogs, fish and aquatic plants he helped to live and so on. The beaver is like a landscape architect whom you need to flood the forest which kills the trees that attract woodpeckers, which knock down barks for the wood ducks to build their shelter. If lifting a beaver could create so much disruption for the other life, we can easily imagine how important it is to think of the ecosystem as a network.

Sanderson and his team continuously compiled their database identifying around 1,300 species and at least 8,000 relationships. They were all linked to one another and helped their team reconstruct a landscape that was ever attempted. It was a place that existed no more. This method can be applied to any wild place today if scientists have a model fo how a landscape and species interact, which will help them predict the effect of climate change or other factors.

The next step in their project was to turn all these data into realistic 3D scenes. Their goal was to show how any spot in today’s city looked like 400 years ago. Markley Boyer a visualisation specialist used 3D modelling software to populate each digitally created scene, with the right mix of trees, streams, ponds and marshes according to the Muir web.

This project includes the effort of more than 50 historians, archaeologists, geographers, botanists, zoologists, illustrators, and conservationists from the WCS and other institutions. This will induce a curiosity in everyone as to what existed on Manhattan, before Hudson arrived.

Sanderson wants every New Yorker to know that they live in a place that had this extremely beautiful ecology. New York is not just a place of fabulous art, music, culture and communications, bur also a place of amazing natural potential. 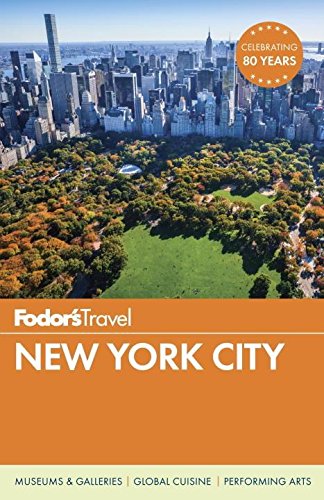