Where Do Turtles Go in Winter?

Many people at some point during their childhood have had a turtle as a pet. Oftentimes they are found in a nearby creek or pond or in the backyard, and sometimes they are purchased at a pet store. Typically turtles that are kept as a pet will be either a Painted Turtle or a Red-Eared Slider. You will often see these turtles basking on a log on a warm summer day, sometimes piled on top of each other, only to quickly plunge into the water as soon as you approach. Box Turtles will be common pets too for those who prefer a land turtle.

As cold-blooded creatures, turtles are ectothermic, meaning they get their body heat from their surroundings, whether it be the air, the water or the ground. They need to be warm to move around and to eat and breathe, which in turn means they need to stay warm to live. Turtles can be found on every continent, except Antarctica, and we know that it definitely does not stay warm all over the world, so what do turtles do that live in places that change seasons and get cold during the winter?

What do turtles do when it gets cold?

Just like some mammals that hibernate during the winter, turtles enter into a type of hibernation for reptiles called brumation. This is a state of inactivity where the turtle does not eat, its heart and lung functions slow, and they either sleep or move very little to conserve energy until the weather warms. So where do turtles go when they brumate? The type of turtle and the environment it lives in determines how or where they will brumate.

Land turtles like box turtles and tortoises will burrow underground below where the soil will freeze or under leaves or inside of fallen logs. Water turtles like Red-Eared Sliders will go deep under the water in a lake or pond. There is a scientific property of water that makes it possible for turtles to survive under a frozen lake for weeks or even months. That's a real Ninja Turtle! Water is most dense, or its heaviest, at 39 degrees, so as it cools it sinks. Surface waters can eventually freeze, but the water at the bottom of the lake or pond will remain at 39 degrees creating a microclimate where the turtle can survive as long as the temperatures are not extreme..

Hibernation is dangerous for a turtle

This is not to say that hibernation is a piece of cake. It is a very dangerous time for a turtle. Severe conditions can result in death due to lack of oxygen or the habitat freezing all the way through. It’s a delicate balance of being warm enough so they do not freeze, but being cool enough so that they don’t burn up too much energy and then need food. An example of the change in metabolism that a turtle encounters during brumation can be seen in their heart function. A turtle whose heart normally beats 40 times a minute on a warm summer day may drop to one beat every 10 minutes in the winter. They become very vulnerable, not only to weather conditions but also to predators. Another problem is that once a turtle finds a good spot to hibernate it will tend to go back to that same spot year after year. If this environment is disturbed his life can be threatened if he can’t find another acceptable location.

The ability to hibernate seems to be instinctual, as noted by Jonathan Rheins in his article "Reptilian Brumation". Even when a turtle is not exposed to extreme weather conditions it can still exhibit the behaviors associated with hibernating. Turtles kept in captivity may begin to eat less, sleep more, and move less because they are “programmed” to hibernate. So if you have a pet turtle you may need to simulate an environment conducive to hibernating so it can do what it does naturally.

There are around 300 species of turtles and most of these will enter into some type of hibernation. In addition to brumating in cold weather, turtles may also aestivate, or try to keep cool, in cases of extreme heat. The level of humidity will also determine whether a turtle hibernates or not. In general, the further from the equator they live the more likely it is that they will hibernate.

“Keep in mind that because your animals are in captivity, does not mean that they do not receive subtle cues from the outside world. With the exceptions of snakes being kept and bred in rack units...reptiles will begin showing signs of a winter slow-down and/or brumation regardless of what environmental conditions you provide.

Box Turtle on a stroll

Hibernation house for your pet turtle 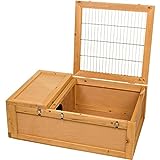 Your pet turtle may need to hibernate too, so be sure to provide the right environment.

What do turtles eat?

When turtles are not hibernating and do need some food, what do they eat? This too depends on their habitat. Turtles that live in and around water will eat plants that grow in the water, insects, worms and even snails. They may also eat dead fish or frogs. Many turtles are carnivorous when young but add plants to their diet as they get older. If you have a pet turtle like a Painted Turtle or a Red-Eared Slider be sure to feed him protein like cooked meat, insects like crickets, leafy vegetables, and even fruit and flowers. It’s a good idea to have a separate feeding tank because turtles can be quite messy eaters. Also a calcium vitamin supplement will help keep their shell strong. Just do not give them dairy as their systems can not tolerate dairy products.

Turtles can live a very long time, even in captivity, so consider this and do a lot of research before bringing one of these cute little guys home. Do not dump pet turtles into your neighborhood pond. They can quickly take over and become an invasive nuisance!

Turtles eating lettuce in the water

Within the animal kingdom turtles are in the scientific class of Reptilia (Reptile), and of the order Testudine, which includes all turtles and tortoises. Many people think that turtles fall under a classification of amphibian; however this is not correct. Although reptiles and amphibians have similar characteristics, one is not a sub-set of the other.

A final note on whether a turtle is a reptile or an amphibian. Many people incorrectly interchange the two terms. And one is not really a subset of the other. Some people think that where an animal lives determines whether it is a reptile or an amphibian. This is not totally correct either. Both are cold-blooded and both have a spine or backbone. However, amphibians begin life in the water and breathe through gills then migrate to land and breathe through lungs. Reptiles are born in eggs on land with lungs and never have gills.

You can see in the diagram below in the purple area that amphibians and reptiles branch out on two separate paths from tetrapods, which are animals with four feet (tetra=four; pod=feet). A reptile is not a type of amphibian nor is an amphibian a type of a reptile. Turtles can be further divided between freshwater, saltwater and land turtles.

Basic Differences Between Amphibians and Reptiles

Don't cast off turtles as slow and boring. They are quite complex creatures with unique needs. They can make good pets if you do some research, provide the right environment and give them a proper diet of necessary foods. Some are plain, others are more colorful. Some are only as big as a half-dollar while others can grow big enough to sit on! Some spend most of their time in the water and others like tortoises stay almost exclusively on dry land. Don't forget that whatever type of turtle you choose, they will probably want to hibernate at some point during the year even if you keep them warm.

For more information on choosing a turtle for a pet, visit this site: http://pets.petsmart.com/guides/turtles/choosing-the-right-turtle.shtml

What's your thoughts on turtles?

Have you ever had a turtle for a pet?