Where in The World is Fort Orange?

After several Native American Nations had lived in the territory that became New York State for 8,000 - 10,000 years or more, Europeans sailed to the New World to claim lands for their home empires. However, a league of several tribes had already formed a democratic government long ago, and it exists to this day.

The site of Albany, New York was a location for much activity and interaction among diverse peoples and cultures. Interactions proved interesting.

The Iroquois Confederation was recognized as a governmental entity by the British and the French as well as by Eastern Native American Nations at Albany NY in 1722. This is important to the establishment of Fort Orange, New York.

The Iroquois Confederation was the first democracy in the New World. It initially formed circa 1570 AD, its Six Nations and a few other members writing and upholding their own Constitution and government, plying agriculture and the fur trade, and enjoying family life and nature.

The Confederation joined together the nations of Mohawk (the most eastern native nation and Keepers of the Eastern Gate), Oneida, Onondaga, Cayuga, Seneca, and Tuscarora. under one government and a constitution.

New Amsterdam Was Sold by Imposters

When the land that is Manhattan in NYC was purchased from the "Indians for 24 dollars worth of beads", it was bought by a Dutchman, the Dutch being ardent explorers and settlers of what became New York. This was New Amsterdam.

This Peter Minuit purchased Manhattan from a group of Native Americans that did not live on the land, but who were simply passing through, because they lived on land next to Manhattan. This was the Canarsie Nation.

The price was paid in more than beads, however. Minuit paid for Manhattan in European cloth, some beads, and a number of hatchets in 1626, together worth 60 Dutch Guilders. This was equivalent to 1.5 pounds of silver in 1626, over $24 in 2009 currency.

Moreover, the $24-mark was established back in the 1800s. Today, estimates range from $100 to $1,000, depending on silver values by Troy or English weight per pound and other factors.

Still, this purchase was the beginning of the end of Iroquois and other Eastern-Tribes' civilization in America as they new it. In research circles, there is laughter over the fact that another native group sold what became Staten Island at least six times.

There is laughter over the fact that another native group sold what became Staten Island at least 6 times.

Today, the Six Nation Reserve and one other straddle the borderlands of New York and Canada. The New York peoples migrate increasingly across the border to Canada, with the Iroquois people - especially Mohawk - as a Canadian First Nation, existing as its own active political party. 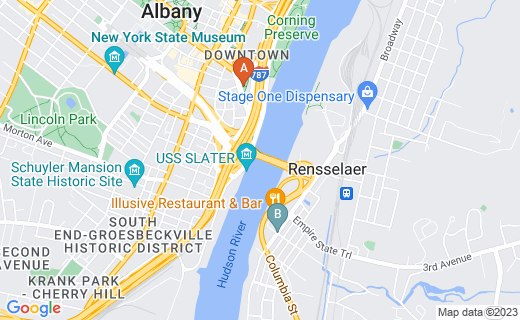 Author David T. Valentine offers a substantial article about Dutch exploration and settlement of New York from 1614 forward. Much of it may not yet be taught in high school American History courses.

What we do already know is that the Dutchman Henry Hudson explored the Hudson River in New York. He found an agricultural society among the natives that made up the Confederacy of the time as well as a quite successful fur trading business among local nations. Hudson took news of this to the Netherlands.

Dutch merchants subsequently traveled to New York and took over Manhattan island (where the Manhattan Nation lived), although they struggled with the British that also claimed it. In fact, there were three Anglo-Dutch Wars to 1667. Meanwhile, at least a dozen "Indian tribes" lived there and traded with the Dutch peacefully. In fact, relations were very good. (Read Mr. Valentine's article for other events).

The Dutch trading post and fort in question developed into these entities over time:

Fort Nassau and Fort Orange were involved in a number of conflicts that occurred between the Dutch and the British, amounting to at least three wars.

At least one local war occurred between two Native American Nations. Unfortunately, the Dutch sided with the losing tribe and lost some men of their own in that conflict.