Where in the World Are You?...Nevado Mismi, Peru (Headwaters of the Amazon River)

Where in the World are You?

This place has been the subject of much scientific exploration in the last thirty years or so, as well as a topic of great disagreement. Scientific expeditions of great relevance were launched in the area in 1982, 1996, 2001, and 2007; with the 1996 expedition confirming the significance of this place. The 1982 expedition was launched by the son of one of the most famous explorers of recent history.

At first glance, this seemingly innocuous glacial stream appears to be just that…innocuous. The volcanic peak pictured is also quite unremarkable given that it’s located in one of the most impressive mountain ranges on earth; in fact for an unremarkable $278 US a person can take a climbing tour to its peak. Why? If I told you that it would give it away. As significant, or unremarkable, as this place may, or may not, be the country in which it is found is more well known for a far different landmark.

The country where this place is located gained its independence from one or the other empires that are so well known through our history lessons, and gets its name from the local native language word of Biru. This country also maintains a poverty rate of 31% and has a population that consists primarily of Amerindians, Europeans, Africans, and Asians. This country was also recently in the news because of a high profile murder trial that ended even before it began when said person pled guilty to the charges against him, let’s hope someday he will face additional charges in a different locale.

But back to the glacial stream in the picture, you didn’t forget about it did you? The peak and its glacial stream are a mere 100 miles from the highest commercially navigable bodies of water on the planet and only a little further from an archeological sight of great beauty (and height). The peak and surrounding landscape has been described as an almost black cliff of 130ft surrounded by a beautiful green valley, this by the National Geographic Society Expedition that pinpointed this critical glacial stream using GPS. Where in the World are you anyway? 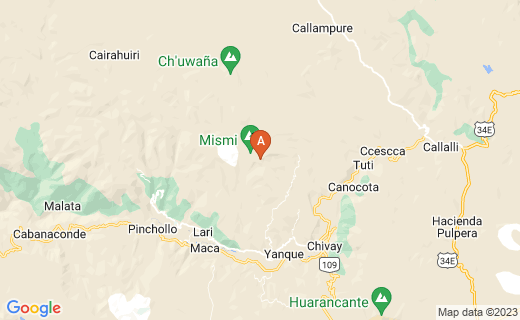