Who Created the Mathematical Symbols -- Math and More

Whoever Invented Them, Step Forward!

Believe me, when I was in first grade I was shy as hell. No Mr. brainy or uplifting writer whatsoever. Math was like Chinese or Polski to me. I still remember that first year in grammar school. The year was 1969. Am I old? Not really, age is just a number, according to Aaliyah.

I still can picture my first day in class, already chewing my pencil, because mom lied to me. She promised me to come back in a little while.

Yeah right! She came 5 hours later. I see myself seated on my new desk, and to my right... I see a new friend, or future friend, picking his nose and eating that greenish dried stuff! Turning to my left, I noticed another red headed fellow boy, crying and tearing up his notebook out of rage. I felt as though I was in a Juvenal facility.... Oh my!

Suddenly, I see That Chalk making that squeal sound...

Writing on a blackboard, these simple numbers

Teacher Miss Roberts, started talking about these numbers that our parents used a lot in front of us, as kids. We had to learn how to write them by heart. Today is easier, and you just type the darn numbers. Nonetheless, back in the day, you had to literally 'draw' those stupid numbers.

Eventually, we learned that Phoenicians and Persians, came out with these symbols. But I was just six years old, and everything was just scary -- Whoever never draw a ducky from that number two, never did his/her homework thoroughly. "You talking to me?"

Months later after that Christmas break we got in touch with this simple equation:

I felt like cheating and started using my fingers. Tell me you didn't do it? I was terrified with this new language for a young six years old soul. I always wanted to know why the sign plus is represented by a cross, '+' and now that I'm over 50, want to take my young self and find out why they did use all these new symbols the way they did? Talking about child abuse...?

Going back And Finding Answers

We get in touch with Robert Recorde A member of a respectable family of Tenby, Wales, born around 1510 or 1512. We try to get some answers and found him at Oxford University. The year is 1544. He is at the library, and generously gives us a tour. Wow! Nice smell of leather and books! Perfect setting for Harry Potter's next film!

Robert Recorde's own first ever equation

He shows us this equation:

The writing on the top graph is his own. We hardly recognize the x and some quotation "q" was added around the equal sign "=". Actually is the first equation ever recorded with modern terminology. The following paragraph of his own states, that "is better to introduce parallel bars so people can avoid tedious shortened words from Latin." Curious enough, we can browse through middle English before Shakespeare. What a difference from Runic alphabet and venerable Bede's Old English.

"Howbeit, for easie alteratiõ of equations. I will propounde a fewe exãples, bicause the extraction of their rootes, maie the more aptly bee wroughte. And to auoide the tediouse repetition of these woordes : is equalle to : I will sette as I doe often in woorke vse, a paire of paralleles, or Gemowe lines of one lengthe, thus: =====, bicause noe .2. thynges, can be moare equalle. And now marke these nombers"

What a beautiful language indeed. This non-Kentish language was written around 1544 and can be understood if you read carefully.

We are there with Recorde whose knowledge of Latin and Theology marked his life. Henry VIII will die in 1547. His closest sign is of course the "Cross." The one that adds souls to Christendom. His Alma Matter motto is: "The Lord is my Light." We are sure that he chose that sign as a way of thanking his creator. How about the Minus sign, "-"?

We check history and see swords, black death and corpses lying on the streets "------"

Studying his age, his life, and his time, we come with a closer answer: Souls that depart from us, mean, they are subtracted from our everyday life. Amazing right?

My oneself at age six is also having a good time checking those humongous Books from Oxford Library. Certainly, a cinematic scene from "Game of Thrones." A welsh accent from him made us wonder... how about if England would've started speaking Welsh, after 1545? HubPages would been written in Celtic by now. "No kidding little John!"

Robert Recorde died in 1558 after being sued for defamation by a political enemy, he was arrested for debt and passed away in the King's Bench Prison, Southwalk, by the middle of June in 1558.

We had to travel to Switzerland where we find Johann Rahn (Latinised form Rhonius) (1622–1676) was a well known mathematician who was credited with the first use of the division symbol, ÷ (obelus). The symbol is used in Teutsche Algebra, published in 1659. Now we try to find out why he chose that sign.

From history we get that he lived through the 30 years war. We discovered that from 1654 to 1658 John Pell acted as Oliver Cormwell's political agent to the Protestant Cantons from Switzerland. I and little myself walked to Zurich in 1658. We find that John Pell is on a secret mission, but at the same time is teaching Algebra to Rahn. What we see is that John Pell is already writing the division symbol "÷" on multiple equations. He asked Rahn, not to mention his name, because Calvinist Zurich would suspect this Englishman!

We analyze the symbol and recreate its evolution on the graph shown above.

So who the Hell created the x symbol?

Checking and traveling through time we find our answer: The × symbol for multiplication was introduced by William Oughtred in 1631. Oughtred also introduced the abbreviations sin and cos for sine and cosine functions. My Young self is already lost with trigonometry, so I tell him just to stay calmed. William Oughtred published, among other mathematical works, Clavis Mathematicae (The Key to Mathematics), in 1631.

Right on time for Newton to catch up with 2,000 years of math and publicize his Principia Mathematica in 1687. How did he come out with the sign? Sir William Oughtred was innovated freely in symbols, and loved the occult; he had a deep interest in alchemy and astrology. So somehow, he came out with this triple X divided by three. "Is not funny Joseph"

My young self started jumping of joy!

We have visited these mathematicians together, and we have felt their thougthts. For some reason I came to terms with my own little self. I left little Joseph in class, but took with me the smell of Miss Roberts' Parisian perfume... and the rewarding 'candy' she gave me for getting a B+ in class, back in 1969. "Oh would you please Mrs Robinson...!" 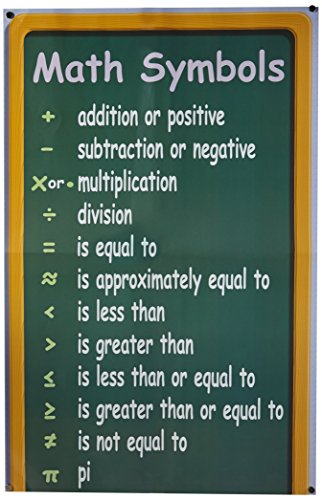