Who was Florence Nightingale?

I have always wanted to write but didn't know what to write. I can now write articles about what I like and I love it.

On the12th of May in the year 1820, Florence Nightingale was born into a wealthy family. She was born in Florence, Italy, which inspired her name. She was the youngest of two daughters. She and her family was part of the British elite that joined in social circles. While Florence was shy in social circles and tried to avoid them her mother, Frances enjoyed socializing with these circles. Florence considered her mother to be controlling.

Her mother, Frances came from a family of merchants whereas her dad, William Edward Nightingale was a wealthy landowner who would be linked with two estates one at Lea Hurst, Derbyshire, and the other at Embly, Hampshire.

Florence was provided with a classical education that included mathematics along with German, French and Italian.

It was while she was taking care of the ill and poor people in the village on her family's estate that she realized that nursing was her calling. Her parents forbad her to pursue her calling as a nurse because ladies of her status married men to keep their social standing and did not take a job that is beneath her. She did eventually enroll in the Institution of Protestant Deaconesses which was located in Kaiserswerth, Germany from 1850 to 1851.

In the early 1850's Florence worked as a nurse at the Harley Street Hospital for the ailing governesses. She later became the superintendent when her boss promoted her that position due to her work ethics. While working at this hospital, she also volunteered at the Middlesex Hospital nursing cholera outbreak patients. When she was at the Middlesex Hospital, she improved the death rate due to improving the sanitary protocols.

The Crimean War began in 1853 when the Allied British and French went to war against the Russian Empire due to who was going to control the Ottoman Empire. Because of the war, 18,000 soldiers were taken to the hospital that had no female nurses. Britain was horrified at the conditions that their soldiers had to go to.

In late 1854, the Secretary of War Sidney Herbert asked Florence to organize a group of nurses to come to Crimea and nurse the soldiers. Florence sailed to Crimea with three dozen nurses from all kinds of religious orders.

Before leaving for Scutari, Constantinople, a British hospital, they knew about the conditions but were not prepared for the reality. For what waited for them was water that was contaminated as well as the building because of it sitting on top of sewer and waste. Soldiers were laying in their own waste on stretchers. The nurses could see bugs and rats running around. To their dismay, the most basic of medical supplies like soap and bandages were waning due to more ill and wounded soldiers coming in every day. Eventually, the water had to be rationed between everyone. The soldiers were dying more from typhoid and cholera diseases than their battle injuries.

Florence set to work immediately putting the hospital in shape. She and the soldiers less ill scrubbed the hospital from top to bottom with scrub brushes. Florence cared for the soldiers night and day. When making her nightly rounds, she would be seen walking the halls with her lamp which was the reason that the soldiers started calling her "the Lady with the Lamp" and "Angel of the Crimea". It was her compassion and work that made the death rate decline.

"In addition to vastly improving the sanitary conditions of the hospital, Nightingale instituted an "invalid's kitchen" where appealing food for patients with special dietary requirements was prepared. She also established a laundry so that patients would have clean linens. as well as a classroom and library for intellectual stimulation and entertainment." (https://www.biography.com/scientist/florence-nightingale, 12/16/2019)

Did you know that Florence Nightingale was the first theorist in the field of nursing? Or that she believed that when it came to patients outcomes it was the environment that had the most influence. Some of her key aspects in her theory are used today.

10 Key Aspects of her Environmental Theory is:

1) Patients should have clean air and a temperature-controlled environment.

2) Patients should have access to direct sunlight and not be subjected to unnecessary noise especially when sleeping.

3) The rooms should be kept clean.

4) Hospital facilities should be well constructed.

5) Bedding should be changed and aired frequently.

6) Patients should be kept clean and nurses should wash hands frequently.

7) Patients should be offered a variety of scenery, such as new books or flowers to prevent boredom.

8) Nurses should be positive but not offer false hope to patients or make light of their illnesses.

9) Offer a variety of small meals instead of large ones, and do not do patient care while the patient is eating as it is distracting.

10) Consider not only the individual patient but the context of where he or she lives. 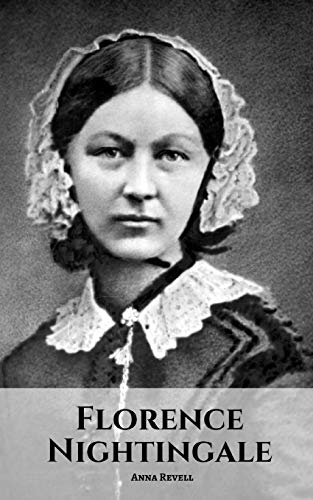 There are many museums and monuments dedicated to Florence Nightingale. The carriage that she used in 1855 was transferred to the Army Medical Services Museum in Mytchett Surrey.

If you go to the St. Peter's Church in Derby, you will see a stained glass window of Florence Nightingale that was originally at the Derbyshire Royal Infirmary Chapel before the Chapel was demolished.

Florence did not like to be painted or photographed but there is a rare photo of her and is now in the Florence Nightingale Museum in London. There are many shows about her in theatre, films, and television. You can even read about her in biographies.

Florence died in her sleep at her home in London on the 13th of August 1910. She was 90 years old. She is buried at the cemetery at St. Margaret's Church in East Wellow Hampshire near Embley Park. There is a memorial monument to Florence in the cloister of the Basilica of Santa Croce, Florence.

The reason that I quoted some in the medical paragraph was that I felt that I couldn't come up with the right words that would do justice to the information.

Florence Nightingale is a heroine in my eyes. She blazed a way for women to become nurses when at the time they were to be wives and mothers. She wasn't afraid to get her hands dirty and wanted to help the sick.