Who Invaded Scotland Ireland and Wales in History

Nell is a huge History buff, and loves to find out the who's and why's behind those Historical events.

Timeline For Scotland. Did You Know?

During the 5th and 7th Century AD, Scotland was invaded by Gaels, who originated from Ireland. This is where the name Scotland derives from. These Irish were called the Scoti. They settled on the West Coast.

Shortly after, the Anglo Saxons from Europe and the Norse from Scandinavia arrived and settled in Scotland. It was the Anglo Saxon language called English, taken from Middle English, or now known as Middle Scottish that is now widely spoken in Scotland. The name Scottis* Now known as Scottish, came from Gaelic, originating in Ireland.

The Kingdom of Scotland was established later in the 9th Century AD.

World history is marked with so many flaws, and sadly the distrust still goes on today. Many people believe that England has always been at the forefront in the invasion of Scotland, Wales and Ireland. And to be fair, England has done their bit over the Centuries invading various parts of the small Island we all call home.

We all know our history and England comes out looking rather, well 'bad sport' as the old saying goes.

But is it true? Have the English always been the main protagonists of war? Is it literally just our little part of the UK that has taken up arms and marched into other parts of the UK pillaging, attacking and just about making everybody's life miserable? Well no. In fact, England's part in causing trouble is slightly less than history portrays us.

I am not saying that what England did was right or wrong, The actual point is that even today England still gets a bad press where invasion is concerned. So I decided to do a bit of digging.

Were we to blame for the invasion of Ireland?

Was it just the English who fought and beat the Jacobeans in the fight against Bonny Prince Charlie? Read on, you may just be surprised.

The Scots believe that the wars between our two Countries over the years have always been a case of us and them. This is completely untrue. Take the battle of Culloden for example. This war was fought by the Highland Scots to bring back 'Bonnie' Prince Charlie, so that he would take up the Scottish crown.

What people seem to forget is that actually the English and Scots were both on the same side. The Highlands of Scotland were on Prince Charles Stuarts side, but also there were Irish, English (Manchester Regiment) and French.

The Government forces were mainly English, but also Scottish Lowlanders, Highlanders and Ulster men, who were Scots and Irish. And strangely, Hessian's from Germany.

The Lowland Scots, who followed the Government forces, hated the idea of bringing over a French-schooled Prince to run their Country. And clan set against clan to stop this from happening.

This, of course, is just one part of Scotland's history. But strangely enough, this is the main historical event that causes arguments even today. 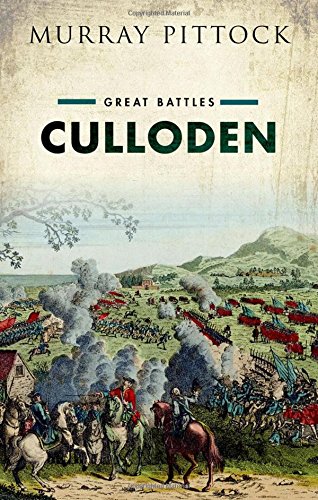 And what about Ireland?

Well, Ireland has the same Historical discrepancies too. We often hear of how the English invaded Ireland. But we seem to have 'lost' the real history behind the facts. For example, did you know that the Norman invasion of Ireland back in 1169 was actually carried out by the Welsh and Norman barons? For anybody who doesn't know who the Normans were, they were French.

The first so-called invasion of Ireland by the English was in fact augmented by King James of Scotland in the 17th Century. The people who invaded Ireland under King James were Scottish with a few English who lived near the Scottish border.

They are still known today as the Ulster Scots. They crossed over to Ireland in their thousands and virtually took over the whole area. In 1609 the Scots arrived and settled in State Sponsored settlements, which was later named The Plantation of Ulster. In plain English, this actually means that the Irish were turned off their lands and the Scots stole the lands, houses and wealth of the Gaelic Irish Nobility.

In 1641, The Irish Rebellion, instigated by the Irish Gentry, tried to expel the Scots from their Country. This resulted in severe massacres and bloody violence. Thousands of people on both sides were killed.

Soon after, Scotland sent over another Scottish army called the Covenanters, to protect the Scots from further retaliation. Soon after, Oliver Cromwell and the English invaded Ireland.

Then again in 1689, the Williamite War was started between the Jacobite's (Scottish) who wanted to restore the Catholic King, James II to the throne, and the Protestant Irish who were on the side of William of Orange who was Dutch.

He was also the King of England and Ireland. This wasn't so clear cut though. In this instance, the Protestant Scottish in Ireland fought on the side of William of Orange, hoping to defeat the Irish Catholics and their French allies. Once again Irish and Scottish fought each other, but in this instance, the Scots and Irish both fought together and against each other all depending on whether they were Catholics or Protestants. With a few English who had arrived with the Scots. This is still simmering today.

This ended with the Scots, English and Irish, Danish and Dutch armies defeating the Jacobite Scottish rebellion. The fear was that the Catholic Scots Jacobite's would once again enforce their hold over the landowner's property.

Finally, in late 1690, there was another great influx of Scottish settlers who arrived in Ireland. There were tens of thousands of Scots, and were escaping from famine in Scotland.

The Invasion of Wales

The history of Wales has been a long line of invasion, settlement and conflict. Once again the English, even today, get the blame for trying to take Wales. But in fact the history is once again flawed. Yes we did invade them. But it wasn't just us. And we weren't the first.

This is the timeline for Welsh history.

In 78 AD, Wales was invaded and conquered by the Romans. They already had a foothold in England, and extended their reach to the West. Within three hundred years, Wales was once again subjected to invasion by the Irish. The Irish settled in Dyfed, South West Wales.

In 500 AD the Saxons swept across Wales, after their conquest of England. And in 516 AD the Welsh retaliated and the Saxons retreated.

In 784 AD the Saxon King of Mercia, built Offa's Dyke, which created a barrier between England and Wales.

In 927 AD, the Welsh, afraid of a Viking attack, asked the English to become their Soveriegn, so becoming under the protection of the English.

1066 the Normans (French) invade England and Wales. Where shortly after, they begin to build Castles which still stand to this day.

By 1284, Wales was incorporated into England, and new treaties and Counties were created.

in 1400, the Welsh began a war against England to claim their independance once again.

Skipping forward to the 16th Century, Henry VIII who was in fact of Welsh descent, passed the Laws In Wales Act. This was to incorporate Wales fully into the Kingdom of England. Contrary to popular believe, the Welsh actually wanted this to happen because it meant new opportunities for the Welsh Gentry. In other words, the Gentry could now become Members of Parliament and Judges at Westminster. More to the point, it was regarded as very advantageous to the Welsh, in which they participated fully.

Read the History of Wales from Amazon

A History of Wales
Buy Now

As you can see, the Islands of Great Britain are not so clear cut. Throughout history England has always had a bad name. In the 21st Century because of Film and Media, history has been slightly cut and pasted to fit in with Politics and more to the point Politicians. Like a game of Chinese whispers, word has spread over the 20th Century and to this day, that England has always been the bad guys. Invading Scotland, Wales and Ireland.

But as you can see. It was never that simple. To be fair to each Country, it seems that the Gentry, Monarchy and Politicians over the Centuries have played a game of chess with our lives.

And for some reason today England has been given a bad name and used as a scapegoat for all the bad that happened. The truth about our history is quite different. Just a last word about the British Empire. The English did begin the domination of various parts of the World. But by 1706 Scotland was in financial crisis. This was because of the Darien Scheme.

the Darien Scheme was a disastrous attempt by the Scottish to become a World trading nation. They tried to establish a colony (New Caledonia) on the isthmus of Panama in 1690. Right from the beginning, it was beset by poor provisions and planning.

With a weak leadership and devastating disease hitting the colony, along with lack of food and no trade goods changing hands, they were finally beaten by a Spanish invasion in April 1700.

If that wasn't bad enough, the Darien Company had used nearly a quarter of the whole of Scotland's money for the scheme. Landowners and nobles were left completely ruined. The English stepped forward and offered the Act of Union. This entailed England helping out Scotland with their finances and putting them back on their feet.

The joining of the two countries, England and Scotland, became known as British. And soon the British Empire took control of many countries around the World. Culminating in the power of Queen Victoria and her need to dominate and conquer.

Last word by the Author

I think it was Napoleon who said;

'History is the version of past events that people have decided to agree upon.'

And I totally agree.

Wherever you come from History has followed you.

I like to think that after sending off my DNA and waiting in anticipation, the fact that the answer was English, Irish, Scottish, and a small dollop of Welsh, along with at least another ten, but that's another story, just goes to prove that what we know, and what we think we know is just plain wrong.

If only we could put the past where it's supposed to be, maybe the world would be a much better place.