In the first decade of the 21st Century, relationships and interactions between Native American Nations in the Lower 48 States and the US Federal Government began to change radically. In fact, the year 2009 became a year of hopeful change for America overall, politically.

Under the Bush Administration (2001 - 2009), we heard rumblings of certain tribes wishing to seek sovereignty independent of the USA. By the beginning of the Obama Administration, our new POTUS had been adopted into the Crow Nation, which was a good omen for understanding among peoples.

However, other American indigenous nations here were unhappy with a list of injustices incurred from the US Federal Government. They felt that these injuries had not been reconciled yet.

The Obama years were to be years of a big change, according to campaign promises, and some Native American Nations decided to be the change themselves.

Just as the citizens of the State of Texas and Governor Rick Perry time and again have taken up plans, rumors and support of possible secession from the Union, Native American Nations have begun to secede in fact.

The Lakota Nation seceded in their own way in December 17-19, 2007 via meetings in Washington DC. Russell Means (Oyate Wacinyapin ) is their Governor and Glenn T. Morris is their Attorney General. They have always had their own tribal government in addition to the US Federal authority and since the end of 2007, consider themselves a sovereign nation.

Quote from a Letter From Russell Means to President Obama and Secretary Clinton of June 22, 2010.

'Under the established international legal principle of inadimplanti non est adimplendum (“one has no need to respect his obligation if the counter-party has not respected his own”), as well as under Article 60ii of the Vienna Convention, the Lakota assert, and will substantiate below, that the United States of America has been, and continues to be, in material breach of the provisions of the treaties between itself and the Lakotah.'

Before this letter mentioned above, in 2009, the Lakota people held out The Constitution of the Six Nations Confederacy (The Great Peace) as an example to the US, since it had greatly influenced the US Constitution. No peace was made with Lakota complaints and the letter above was sent.

The Lakota people do not feel they are losing any Federal help, because they already have not had clean water or electricity in a large proportion of their homes. National health statistics show that the incidence of infant mortality, TB, and Cervical Cancer in 2008 was many times that of the US national average.

However, the Republic has begun its own businesses, including real estate in the form of single plots of land and even “RoL Villages” in which several families band together to form an official Village on Lakota lands. A RoL Village is under construction in Newell near Rapid City, SD.

Another business is the production of geothermal infrastructures, the first in a Village in Hot Springs, SD. Immigrants from the USA are welcomed.

Villages and Geothermal Infrastructure Business Around I-90 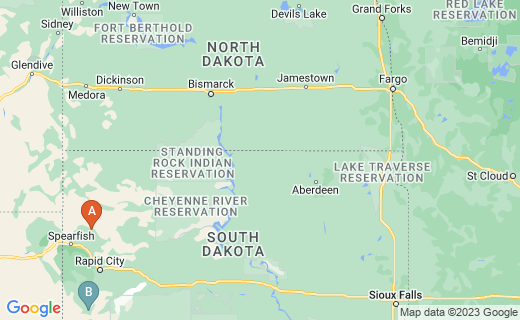 The Lakota Freedom Delegation of Lakota Nation led the way toward become a sovereign state. Members of the official Delegation traveled and brought documents to the US State Department in order to notify the US Federal Government of the tribe's cancellation of treaties for cause and cutting ties from with the Union.

The Lakota pointed to laws that proved their action was not secession. They instituted a unilateral withdrawal from all 52 Treaties with the US Federal Government, which action is legal under the 1969 Vienna Convention on the Law of Treaties, signed by representatives of the United States.

Causes sited for the Lakota withdrawal from the USA included the following unreconciled affronts:

"A day of Thanksgiving, thanking God that we have eliminated over 700 men, women and children” and

“This day forth shall be a day of celebration and thanksgiving for subduing the Pequots.”

(Reference: From the historic documents and the works of William Newell, former Chair of Anthropology at the University of Connecticut. The statement is included on the Republic of Lakotak website. The Governor's words were taken from settler's diaries and a book written by settler John Underhill.)

Lakota Nation boundaries for their new entity, Republic of Lakotah, were drawn by the tribe to include all of:

The Lakota people and government want to take possession of several natural parks and related lands that were one in their control. This will be very difficult.

Roughly, Land Between These Cities Is Claimed by Republic of Lakotah 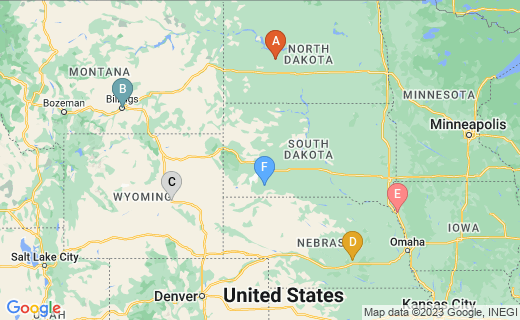 Trucking and Transportation Fraud Along the Pipeline

From Raw Story and Censored News websites -- On March 5, Native Americans of Republic of Lakotah blocked Keystone Pipeline trucks and 5 men and women were arrested. The Lakota people are continuing to press for a legal injunction and restraining order against the trucks passing through their lands on Pine Ridge Reservation. If the legal documents come through, future trucks will be stopped and confiscated by Republic of Lakotah.

The Canadian XL Pipeline company and the State of South Dakota worked a deal to drive the trucks through the Reservation in order to avoid weigh station fees on the usual highways, without asking the Lakota people first. Fees could reach up to $50,000 for each truck, so this was something of a trick - trespass (at least an unethical workaround) to avoid trucking fees.

The Lakota people believe the pipeline will leak into the local water supply, which may or may not be the case; if so, it will make more people sick and waterless than are thus already on the Lakota lands. At the same time, a huge amount of oil is being or will be extracted and refined in North Dakota on another Reservation and other lands; the hold up is a lack of housing for hundreds more workers needed, which would be cheaper to construct than the Keystone Pipeline.

Native Americans own much of the land of both. 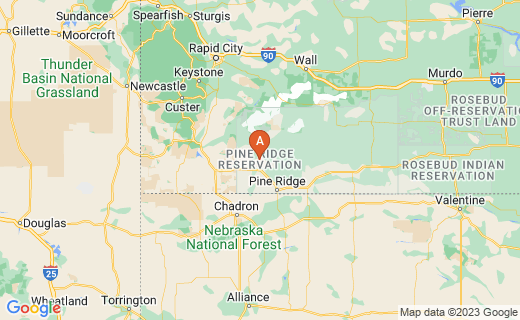 National Protest of Cowboys and Indians Against Keystone XL