What Can We Do to Help the Monarch Butterfly Population?

The Monarch Butterfly - Beauty to Behold

What We Can Do To Help

The monarch butterfly is truly one of the most well know and beautiful of the butterfly world. However, their numbers are declining at an alarming rate. There are two simple and easy ways that we can help stop their decline in numbers, limit our use of deadly pesticides and plant milkweed. Let me explain how this is going to help our beautiful monarch butterflies from possibly becoming extinct someday.

Where Can The Monarch Butterfly be Found?

The monarch butterfly can be found in many different parts of the world including North, South and Central America, Australia, India, and Western Europe as well as some Pacific Islands. They are easily recognizable with their brightly colored orange wings with black veins and the white spots framing their wings and on their body.

There are two well known monarch butterfly sanctuaries. One is in Pacific Grove, California and one in Michoacan, Mexico. By closely watching the progress of the migrations to these areas, scientists are discovering that the population of Monarch butterflies is decreasing drastically. There has been a 90% decline in their numbers of the past 20 years.

Genetically Engineered Crops Are One Problem

Pesticides are a Problem

A census taken at the winter habitat in Mexico found that there were only approximately 50 million butterflies. Now I know that sounds like a lot, however their population was once estimated at 1 billion! They believe that the reason behind the decline is the use of genetically modified corn in the Midwestern parts of the US. This corn has led to a greater use of herbicides which kills the milkweed plants along with many other butterfly friendly plants.

There are even more genetically-engineered crops in the works. They are not only genetically engineered to resist one herbicide, but up to four difference classes of herbicides. Some of these herbicides are known for causing a lot of collateral damage to other vegetation, such as milkweed.

Narrow Field Margins Could be Another Problem

Another problem is the areas where the farmers grow their crops. The farmers are narrowing their field margins, the area not planted between their crops and the side of the road. These areas are not only being narrowed, but are being affected by the herbicides being put on the crops. Where you used to be able to find milkweed in the marginal areas, there is nothing there but grass now.

Milkweed is the Host for the Monarch Caterpillars

The Obama Administration Steps In to Help

The Obama administration along with different conservation groups have launched a plan to stop the decline of these beautiful butterflies. The US Fish and Wildlife Service will spend approximately 2 million dollars to help replenish the milkweed and other butterfly friendly plants throughout the main migration path. These plants will be planted from Minnesota all the way to Mexico to try to regain the habitat for the Monarchs. The USFW is also planning on restoring approximately 200,000 acre of their habitat along the spring breeding grounds in Texas and Oklahoma as well as the summer breeding areas from Austin, Texas to St. Paul, Minnesota.

A Simple Way to Help

With the number of Monarch butterflies falling so drastically over the past few years, it is going to take a lot of work for them to rebound. There is one simple thing that we all can do to help, plant milkweed. Many people plant milkweed in the flower gardens to attract these beautiful butterflies. Now, not only will you be attracting the monarch butterflies to your gardens, but you will be helping them replenish their numbers as well.

Milkweed normally grow as wildflowers in fields and along road sides in Eastern and Central North America in zones 3 through 9. They grow best in full sun and well-drained soil. They grow well in poor soil and are quite drought tolerant but will require good watering to get them started. Once started, the milkweed plants will spread both by seeds and rhizomes and will form colonies.

If you wish to contain them, you may want to remove the seed pods before they open. You can plants the seed pods in another location in your yard or maybe even drop them by the side of road. The leaves of the milkweed plant are toxic so take care if you have small children.

Would You Be Willing To Help?

Would you be willing to plant milkweed to help the monarch butterfly population? 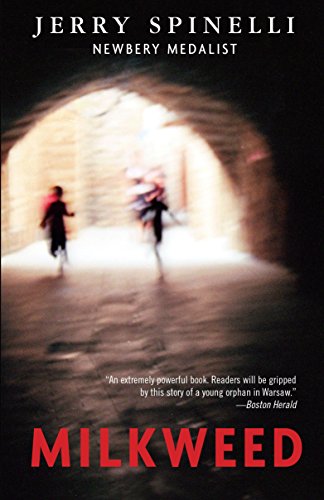