Why the Largest Ohio School District May Close

Largest School District is Most Problematic

As increasing numbers of problem situations associated with Columbus Public Schools arose in Central Ohio, I predicted around 2003 that the district would close, to be replaced with charter schools.

The closure and replacement I predicted did not immediately occur, but in 2013, the State Education Association (SEA) considered a total takeover of the Columbus City Schools District, the largest district in the state.

Alleged teacher and administration cheating on standardized tests, along with falsified student attendance records were to blame.

In 2016, the largest charter school, the Electronic Classroom of Tomorrow, was found also to have falsified attendance roles. Fines and penalties were assessed throughout 2017 - 2018. 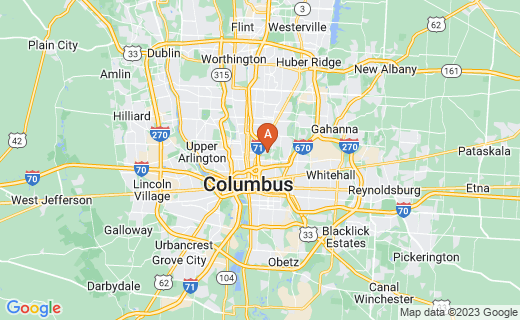 A scandal at Columbus City Schools was reported in 2012 and followed by the early retirement in 2013 of Superintendent Gene Harris, a former successful teacher.

Termed "data scrubbing", the falsification of standardized test scores and student attendance records was investigated across the state by the Office of State Auditor David Yost.

In February 2013, he reported that 48 school districts in the Buckeye State needed to make corrected reports in March.

Worse than the re-reporting headaches anticipated by the schools, nine additional districts with Columbus among them were cautioned that they might lose financial resources and some teachers' and administrators' might suffer sanctioned licenses.

Staff had been coding low-performing students as "withdrawn" in order to remove their data from district totals, thereby raising the districts' yearly report card grades (they can earn an F to an A+).

The reporting triggered anger among Ohioans.

Some blamed our Governor for the problems in the schools, along with Superintendent Harris, maintaining that her salary of $242,000/year souls be reduced and distributed among schools.

Still, she accomplished raising the district report card grade from F (Academic Emergency) to C (Continuous Improvement needed). As of 2016 - 2017, the F was returned to Columbus in light of data falsification.

Now, many wonder if the increase in high school graduation rate in our city from 50% to over 85% is legitimate.Will these diplomas be revoked?

A quote from a reader of The Columbus Dispatch in "Letter to The Editor" on 4/23/13 sums up another public opinion:

"If you pay attention to the reports given out by David Yost, Columbus is in a league of it own for Ohio schools. Columbus cheating was orchestrated for years by very high officials in the district administration. And one of those officials hired the woman from Cleveland responsible for the attendance cheating in that school district!" -- Keith Flinn (Averageguy); 4/23/13 at 12:54:46.0

Columbus Mayor, the Honorable Michael C. Coleman, appointed a City Education Commission to analyze needs among the public schools and the commission returned recommendations that the seven-member Board of Education be disbanded and replaced.

Since 2000, Columbus and the State of Ohio have made many improvements to a number of aspects of life. The city police department came under federal scrutiny, improved performance, and even hired their first female Chief of Police.

Mayor Coleman made a priority of gaining deeds to abandoned properties, demolishing falling structures, and refurbishing much of the city.

Across the state, Governors Ted Strickland (D) and John Kasich (R) not only helped to increase numbers of jobs, but targeted crimes against children with some good results. They also secured the designation of the Ohio Space Corridor in the southeastern quarter of the state to increase aerospace exploration, business, and jobs. Education had to be rehabilitated.

The US Secretary of Education, Arne Duncan, made suggestions to the school board at an education town hall in Columbus on Friday, April 19, 2013 according to NBC4 News. One suggestion was to let the school principals lead and let the teachers teach.

I hope this means to untie teacher's jobs from high standardized test outcomes, which seem to promote cheating.