Wild Cats - Facts About the Lion 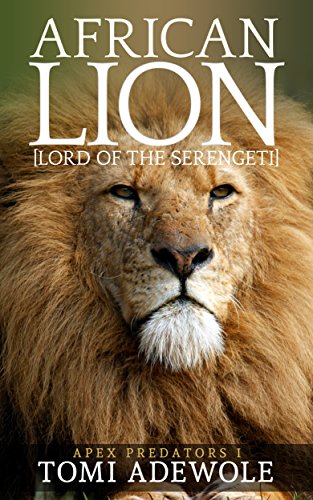 The African Lion - Lord of the Serengeti: Apex Predators I
Buy Now

12 Facts About the Mighty Lion - King of Beasts

Animals have been common to man since ancient times. Written and drawn records show animals being used in fields, farms, and homes.

Unlike other animals that are there for protection, as a food source or to help with human work, the lion has nothing to give to humans.

They can not be tamed for domestic use and are not to be trusted in domestic situations; the African lion is a predator nonpareil.

However, in cultures across Europe, Africa, and Asia, this animal has become a symbol of bravery, earning it the nickname “King of the Jungle”. So, why does the lion fascinate humans so much, from the ancient times until today?

The fact that some of the most common names, like Leonardo, originate from the word “lion”, shows just how important this animal has been to the imaginations of humans throughout the century.

Leo, which means lion in Latin, was among the most common names of famous rulers. In fact, six Byzantine emperors were called that, as well as twelve popes.

The name of the famous Spartan king, Leonidas, who fought Persians in the Battle of Thermopylae, means “Son of Lion.”

The most famous English ruler of the Middle Ages, Richard I, was nicknamed “The Lionheart”.

The African Lion - Lord of the Serengeti: Apex Predators I
Buy Now

It may seem unbelievable, but in the past, humans have had much more contact with this animal.

Around 10,000 years ago, the lion was plentiful, only falling behind in population to humans on the Earth.

When the great ancient civilizations started emerging in the Mediterranean, these animals were all over the place.

According to Herodotus and Aristotle, lions were common in Greece in the 5th and 4th century BC.

In ancient Egyptian mythology, all cats have a special place and the same is true of the lion.

The God of war, Maahes, is a creature with human body and the face of a lion.

The Egyptians believed he was the son of the god Ptah - the creator of the Universe - and the feline goddess, Bast.

The ancient Egyptians are known to have depicted their god of war as a lion. Some think it is because of the lion’s ferocity and proficiency at battle.

It is in their nature – males fight all the time. In fact, male lions live for over a decade longer in captivity than in nature, for that very reason.

A male lion's life usually ends spectacularly on a blood-drenched field, whereas a lioness dies like a glowing ember - slowly, surrounded by family.

The African Lion and Other Big Cats

Which one is your favorite Big Cat?

5. Fight till the End

Lions live in family groups called prides and for a male lion to become the alpha of a pride, he must prove that he is the strongest.

It’s a tempting position for every lion, so when the leader lion gets old and weak, a younger one will fight him for the lead position.

The “boss” gets all the females and the food as lionesses are the ones who hunt.

They hunt almost exclusively by night as their night vision is a major advantage.

7. A Bevy of Super-senses

Despite all the fighting and hunting, the lion is still just a big cat. That’s why it’s not surprising that they adore sleeping. In fact, they love it so much, that on average, they sleep 16 to 20 hours a day.

Lions, as with humans, greet one another by a handshake, or in this case, a paw shake. Head rubbing and licking are also signs of peaceful intentions between lions.

They also purr, meow, hiss and roar. The lion is the loudest big cat and their roar can be heard 5 miles away.

8. The Lioness - A Dedicated and Able Huntress

The male lion’s mane is a physical characteristic that no other big cat has. It makes them look bigger and scarier.

The bigger the mane, the more attractive is the lion to a lioness.

Talking about size, the biggest cat in the world is a hybrid cross between a male lion and a tigress.

His name is “Hercules the Liger” and he weighs over 900 pounds, which got him an entry in the Guinness Book of World Records.

Speaking of famous cats, one lion’s death sparked a public outrage in 2015.

“Cecil the Lion” was a huge tourist attraction the Hwange National Park, Zimbabwe, before he was killed by a recreational big-game hunter.

Prior to that, Cecil was being studied by the Oxford University, who tagged him, along with 62 other lions. As of January 2016, 24 of those lions have been killed through sport hunting.

Despite the declining population of the African lion, humans are trying hard to bring their numbers back up. Safaris, for example, bring in money to help establish and maintain parks where hunting is not allowed.

Additionally, although many people might balk at allowing hunters to kill lions in some places, the privilege to do so is very expensive, and the money, in a way, helps saves more lions from being killed.

Would You Ever Go on an African Safari to See Lions?

Recreational hunting is among the factors that brought the lion to the verge of extinction. The IUCN Red List considers the lion to be a vulnerable species.

The last couple of decades saw a significant decrease in the lion population in Africa.

It is estimated that a hundred years ago, there were over 200,000 lions in the African wilderness, while today, there are nearly 10 times less.

It is safe to say that, while the world stands, the lion will be revered in human cultures. If you enjoyed reading this, please consider buying Apex Predator: The African Lion - Lord of the Serengeti. It is over 60 pages of information elaborating on all aspects of the African lions life - from the adaptation of his mane, to the reproductive cycles of the lioness.

Thanks for reading, and enjoy the lion images below!

Which Big Cat wins in a battle between a Tiger and a Lion? For Fun!