Was Sherman a Hero or a Villain?

The name William Tecumseh Sherman to this day brings forth a variety of emotions depending on which side of the Mason-Dixon Line your sympathies or heritage lays. To many in the North he is the general who brought swift and decisive victory for the Union by his use of "total war" on the Confederate population. He is also considered nothing short of the devil for the exact same reasons by southerners of that era and even to this day.

From the Union perspective, Sherman and Grant personally believed that in order for the war to truly come to a close the Confederacy would have to be beaten not only on the battlefield but economically and psychologically. This included burning crops, killing livestock, destroying transportation, and consuming supplies. Sherman believed that by bringing the common Confederate citizen to the brink of starvation and psychologically drained, that the south would have no other alternative but to capitulate. Sherman said, “War is cruelty. There’s no use trying to reform it. The crueler it is, the sooner it will be over.”

Another aspect of this “total war” concept was that, in the process of suffering from this type of warfare, the Confederate soldiers would begin deserting by the thousands to come home to the aid of their families, thus rendering the Confederate army short of manpower. A commodity the Confederates could not spare at this point in the war. Sherman also truly believed that in applying this tactic of warfare he not only was saving the lives of his men by keeping them from actual combat, he was in sense keeping the Confederates from combat as well and conversely saving their lives as well.

Sherman, at the outset of the war was actually a military instructor in Mississippi and had strong feelings for his southern comrades, and even believed that the liberation of the slaves was not a good idea. He did however believe that the south should be punished and that justice and righteousness would be delivered by the application of total war.

His tactics saved the lives of men on both sides, it would show the strength and tenacity of the Union army and it brought a swifter end to the war.

From the Confederate standpoint however, Sherman is not seen in the same light, in fact, he is to this day considered next to the devil himself as the epitome of evil by many southerners. To southerners of his era, this type of warfare was not “gentlemanly” and was not how civilized men fought their wars. There are those in the south still that blame Sherman and his men for crimes they did not commit and even for actions in areas he didn't even march through. But his type of warfare was the "shock and awe" of the 19th century and southerners have never forgotten him.

What is crucial to understand is that, regardless of your stance on the man, he was not anything other what he claimed to be. He never apologized for his actions and truly never felt the need to do so. He stood by his convictions to the end and even believed in truly reuniting the country and the only animosity he held for the south after the war was for those who he made the comment, "We accepted their challenge, and now for them to whine and complain of the natural and necessary results is beneath contempt. But for the more manly, who are now engaged in building up, I feel friendship and respect." Even his main nemesis of the war, Joseph E. Johnston, who at Sherman's funeral refused to don his head covering in the bitter cold even when he himself was in ill-health said, If I were in his place and he standing here in mine he would not put on his hat." Johnston died five weeks later.

The details are out there, and I really urge you the reader to really look into all the facts and try to put any prejudice away and look at the facts of history before you pass judgement on the man. Almost every pro-southern site I visit claims that history has the facts wrong, and tend to invent things that there is little to no documentation of. Conversely, many on the other side completely ignore many of the atrocities that were committed by Sherman's "bummers" with his full knowledge and raise the man to hero status without even knowing the facts or why.

So in the end, really, the question really depends on ones knowledge of the facts or ones reliance on heritage passed down through the ages. To many, including some southerners, Sherman was a true hero. A no-nonsense and brilliant strategist whose actions, while harsh and unconventional for the time probably was one of the top 5 critical episodes of theCivil War. To some, he can never be forgiven for the harsh, brutal and cruel actions he poured out on the southern citizens, was considered a racist, and will continue, regardless of the circumstances, to be the personification of evil itself. 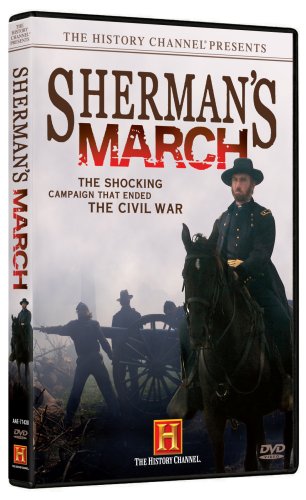