Wolong The Home of the Giant Panda

Wolong Nature Reserve, with an area of 50,000 hectares (123,450 ares), is the largest of some 27 nature reserves established to protect the habitat of the Giant Panda, and was established in 1963. It can be reached in three hours by car from the Sichuan capital city of Chengdu.

The headquarters of the reserve are at Shawan in the Pitiao alley, but a few kilometers downstream at Hetaoping is a research laboratory and panda breeding centre established jointly by the Ministry of Forestry and the World Wide Fund. (WWF).

Here a number of captive pandas have been kept for breeding, with moderate success. It is hoped eventually to try releasing captive-born pandas back into the wild where the natural population is at reduced density as a result of the mass flowering and subsequent die-off of the bamboo species on which these animals depend, which occurred in the mid-1970s and again in the early 1980s.

Research Base of Giant Panda Breeding

Although Wolong has many management problems due to he presence of some 4,000 Qiang minority farmers, and some major hydro-power developments in the Gengda valley, it is none the less an absolute treasure house of China's endemic biodiversity.

Above Shawan, at an altitude of 2,800 metres (9,200 feet), is the research camp of Wuyipeng where much of the pioneer field study of Giant Pandas was undertaken in the early 1980s. The original tents have been augmented with several metal huts and electricity has been supplied to make life in the camp during the winter snows more bearable. The station is still used for continuing field research on the pandas, bamboos, pheasants and other wildlife.

The reserve spans a huge attitudinal range from permanent glaciers to subtropical evergreen forest. The Giant Pandas for which it was established live mostly in the sub alpine conifer zone, where the bamboo understorey is thickest. Wolong also boasts the greatest diversity of plants and birds of any non-tropical reserve in China. 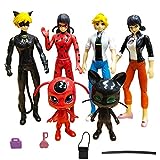