Privatized Space Flight: Reaching the Moon and Mars for Resources by 2035

Because the populations of Earth are increasing at a phenomenal rate, we need a larger amount of resources to meet daily energy needs. Sustainability and alternative energy sources making progress in creating new reservoirs of energy to tap, from solar and geothermal energy capture to processing leftover Tyson chicken and turkey in Texas into actual petroleum at the same cost per barrel as fossil derived oil. In the American Southwest, universities partnered with business to create additional oil from green algae.

However, we need more energy than that. Google partnered with James Cameron and other investors to begin near-Earth asteroid mining for natural resources in 2012, sooner than the public expected. Google launches robot landers to the moon in early 2013 to renew the quest for natural resources rather, and we bill be on Mars between 2025 - 2035 -- earlier, if Google continues to break its goal deadlines! I am sorry that Neil Armstrong, who adamantly advocated continued aerospace ventures, will not be on Earth to see these events.

Figures are from Census.gov, the US Census Bureau online.

Populations Continue to Increase Through the 2020s...

I wrote about this topic previously, looking at the most populous countries in the world when answering a HubPages Questions a few years ago. That material can be found at the link below.

Related to population growth, the United Nations Population Fund or UNFPA sees growth as positive, but chooses as it target issues in viewing this growth as the following (my summary):

A determined emphasis in placed on increasing maternal health before, during, and after birth. This focus is concerned with lowering the number of women that die during pregnancy, birth, or their children's early childhood; and, with seeing that greater numbers of women use voluntary family planning to cut the numbers of pregnancies and child births incurred.

Population control is both difficult and controversial, leading other groups to recommend colonization of Luna, Mars, and the Moons of Jupiter in order to make room for all the new people and to gain the necessary resources for survival. These resources immediately include metals and water (H2O) contained in near-Earth asteroids and in the Asteroid Best that lies between Mars and Jupiter.

Many futurist books have pointed out space exploration as an option to the world population problem, many with reservations:

The UNFPA may or may not be responsible for supporting forced abortions and sterilizations of women, but rumors circulate about it. We know that in parts of China, some female babies are still carried at birth to killing rooms, where they are laid down, the door closed, and they left to die. People elsewhere in the world do not like this practice and many do not want to support the UNFPA if it is involved.

Among the Inuit and related Indigenous Nations, the practice of female infanticide was carried on in times of extreme dearth of resources 200 years ago, the rationale being that these babies would immediately go to a happy afterlife. Enforcing the current Chinese 1-child limit per family is not as romantic a process.

Portions of of the American public take issue with the United States for its membership in the United Nations at all. In fact, anti-UN leaflets and books have been distributed since WWI and the formation of the UN's ancestor. the League of Nations. Some want to abolish the UN now and are appalled that its representatives would suggest population control.

Having too many babies too close together is not healthy for a woman's body and in some areas of the world, detrimental to the survival of siblings as well in times of economic downturns and/or decline of natural resources.

What number becomes too many is still at least partially a matter of individual differences among females.

True story: One of my great aunts became pregnant every year until her husband was killed in WWII. Common medical recommendations are that women wait two years between pregnancies to allow their bodies to heal. She arose from the dinner table with her 9 children one evening, entered the bathroom and bled out and died before she had a chance to call for help.

The Duggar family has 20 children at this writing, with two miscarriages, all from 1988 - 2009, so my opinion is that it is past the time for Mrs. Duggar to rest and heal. But can I take legal action to stop the family from growing? No. In fact, legislation in my state during the Johnson Administration attempted to require women receiving Public Assistance to be sterilized, but it did not pass. It likely will not work in the US at all. Further, the Duggars have children to fulfill a part of their faith and likely falls into the freedom of religion context.

Gil and Kelly Bates in Tennessee have 18 natural children and are praying for more.

In 2011, Montana's Tony and Phyllis Wall had 21 children, but most were adopted. This family provided a home to many children that might have been aborted or died from need.

To date, Merrill and Roberta Simon of Carson City, Nevada have 21 kids, all adopted. I have to commend them as well.

Some larger families look pretty happy, but some others are not. Many people in America are appalled with the notorious Octomom and hope she has stopped at 13 children.

Some of the saddest cases I have witnessed have been the Somalian women that emigrated to my city as war refuges in the 1990s - 2000s, their husbands killed in the war back home, leaving a wife with as many as 18 children. Large families and lack of birth control are traditions there. Our state Public Assistance programs do not provide enough subsidized childcare to cover such large families - it might cover five kids - thereby making it impossible for these moms to work. Further, the 18-year-old eldest child also cannot handle several sets of twins or triplets and the very young children. These are the types of scenarios that the UN most suggests be addressed.

Is Living In Space the Answer?

Health Promotion Education about family planning does not always go down well in Third World countries, nor does the idea of human rights for women and children. This is going to remain a global concern, probably to mid-century -- will colonizing Luna, Mars, and the Moons of Jupiter ease this concern? I do not know. However, Red Mars shows us how, once a culture of people is separated by millions of miles from Earth (average of about 140 million miles), another culture of different values and language forms. The Moon Is a Harsh Mistress does the same, showing us a language made up of English and Russian phrases. Thus, distance may be a factor, as it has been in early human migration and culture/language development.

By 2112, people on Mars many speak languages only vaguely like Earth tongues. The field of linguistics will likely expand quickly. Star Trek®'s Uhura, Communications Officer, and stellar cartographers will become a real persons. Will we also have a Human Rights Specialist position available?

US Colonization of Luna and Mars for Commercial Businesses

Ten Giants Of Population, With Two that are Shrinking

The Top 10 Countries with the largest populations have more people in them than the reat of the world combined, 4.95 billion compared to 4.31 billion.

The populations of both Russia and Japan have declined since 2010 and are expected to decline much further by 2050. One reason for Japan's decline is likely the country's nuclear power plant disaster of 2011.

The world population is expected to be over 9.256 billion people by the year 2050. How many make too many? My county is home to over one million people and it seems so crowded that vehicular traffic is unmanageable many days and people are losing the ability to find privacy. Both are detrimental to human physical and mental health. Therefore, some voices call for humanity to move off planet.

World Population Figures In 2011, In Billions 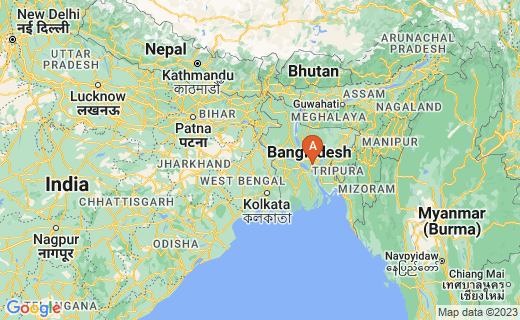 Japan Is Less Densely Populated Than Bangladesh In 2012 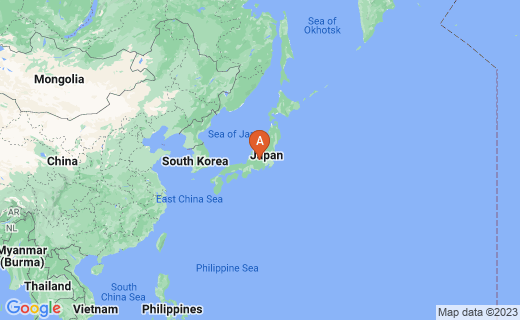 Russia Is Huge and Dying

Shortly after the national holiday of May Day 2006 in Russia, President Vladimir Putin ordered Parliament to write a plan to stop Russia's declining birth rate. He asked that incentives be awarded to couples to plan too have a second child.

Ironically, China plans to decrease its birthrate by 2050, while Russia unsuccessfully attempts to raise its own (see World Population table above).

Russia suffers from an increasing incidence of alcohol-related deaths, a comparatively high percentage of annual abortions (higher than number of births), and a short life expectancy of 59 years for males (reference: WHO). emigration to the West is also high (reference: US Census Bureau). In fact, my county is a target site for Russian immigration as well as Somalian influx.

Will moving to another planet aide the Russian peoples to remain viable? That is as yet known.