TRAINS OF THE WORLD : How Trains Changed World Transportation

Of all the modes of transportation in the world, train transport has had a significant impact on the world. It was mainly due to train transport that the industrial revolution was able to take off as trains were used to transport vast amounts of raw materials over great distances.

Trains have had a rich history since the time of the original steam engines to the modern electric high-speed trains. Trains were not always the efficient vehicles they are today. There was a time when it took over two hours for a handful of people on wooden cars to travel a little less than ten miles on one of the most primitive versions of a train. With many strides in production and the material used, the train has certainly come a long way. Here is a look in to the invention, and development of trains and how they became the large efficient transportation vehicles of people and goods that they are today. 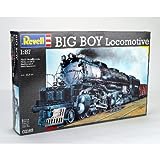 As early as 1550, there were roads and passages that were lined with wooden rails in order to streamline the transport of goods in Germany. However, the use of these rails was extremely primitive, and there was no powered car that traveled along them. There was nothing to keep the carts stabilized on the rails and people, or horses pulled them in order to get from one place to another. While these simple “wagonways” made it easier for horses to pull the carts on the uneven and rocky dirt roads, it was still nowhere near how far this concept could go. 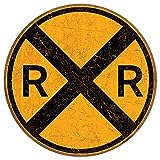 Wood was one of the main resources used to build and construct carts, and wagons at this time, and it was not until the late 1700’s that iron began to be implemented in its place. Iron was a material that was stronger, and easier to manipulate for various uses when it was heated and moulded properly. By 1776 iron was the material of choice for the rails and the wheels of the wagons or carts used on the railways. Not only was the material that the railways were being constructed with being upgraded; however, the idea of stabilizing the wheels on the rails was finally being addressed more than two hundred years later during the development of the train system. A flanged wheel, or a wheel that had a groove to help keep it from straying off the designated railway was created and implemented by an inventor named William Jessup in 1789. It was not until about fifteen years later that the importance of stabilizing the wheels would be known. This invention was very important to progress of the rail system.

Improvement in the design of trains

A little more than a decade later in 1803, the train was improved significantly. Richard Trevithick designed and created the steam engine tramway, which would soon open the doors to a many significant advances in a short amount of time. Where it took hundreds of years to develop the first couple advances in the train system from 1550-1789, now it was a matter of decades until the next development in the system. By 1825, there was already a patent for passenger cars on the train system, and the very first locomotive to take on the challenge of travel with goods as well as passengers embarked on its journey in Wales. This transportation cut the time of the first patented steam engine travel in half and showed great promise for a working train system.

In 1826, there was a man by the name of John Stevens who showed the world that it was possible for a steam engine locomotive to makes circulations on a railway. He experimented with the process in Hoboken, New Jersey and successfully opened the first rail-roads in America. It was only twenty years until an inventor by the name of George Pullman created a sleeper car for the rail-roads that was designed with extended travel in mind. This was passengers would be able to sleep on the train if he or she was traveling through the night. It was a flop because of the fact that it was not very comfortable, but has since been significantly improved upon.

It was not until the 1900’s that the rail-roads became an efficient and effective mode for the transportation of goods and passengers. There were smaller passenger trains that were built with magnetic control and transport known as the Maglev. Furthermore, the guidance of the train systems is entirely programmed in to electronic systems these days. The conductor is more of a fail safe to ensure that the vehicle is running properly, and that operations are going smoothly. Over the years, the train has gone through many designs, many attempts, many failures, and today the world is operating off of a variety of versions of the train that started with wooden wheels, a cart, and a couple of horses.