Karen gets fascinating WWI and WWII aviation stories from the Vintage Aero Flying Museum as writer for the Great War Stories Gift Shop.

From a Seat and a Stick to Flying Formations

World War I was in many ways part one of a two-part, two-generation conflict continued in WWII. Many of the leaders on both sides in WWII were privates or junior officers in WWI, and learned from it. One of the major differences between the two was the way technology changed the way the war was fought, especially in the air. Much of the technology and strategy used in WWII air combat came from lessons learned in WWI.

Powered flight - how does this thing work?

At the beginning of WWI, powered flight was years younger than the youngest pilots. Seats, ailerons, and wheels were all recent innovations in planes. Not too much was understood about air currents and how airfoils behave in different air situations, such as in turbulence near mountains. For instance, the Red Baron, not realizing the dangers in air currents near storms, almost died flying in a thunderstorm long before he became famous as the Red Baron. Then there were effects such as how the turning of the engine makes a plane tend to spin around in a gyroscope effect. To turn a Sopwith Camel left, the easiest thing was go 270 degrees right!

How the first air victory happened on the ground

Aviation and air combat at the beginning of WWI was very different from aviation and air war just four years later. The first recorded bombing from a plane was in 1911, the first machine gun was tested in a plane in 1912. As WWI began in 1914, planes didn’t have seatbelts, parachutes, brakes, closed cockpits, mounted guns, or even consistent national markings (it is a problem when your own ground artillery thinks you are an enemy). Pilots and passengers sometimes fell out of their planes. (One man fell back onto the diving plane he had fallen out of, and lived!) Flights were measured in minutes, not hours. Airplanes attacked enemy airplanes individually. Sometimes they took off and landed at the same time in opposite directions. Pilot training wasn’t extensive – in some cases half an hour – there wasn’t much knowledge to teach! In fact, pilots at first were just considered the “drivers”; the important person in the plane was the observer, who had to be well-educated in military matters to interpret what he observed below him.

Shoot down the OTHER plane!

Some early guns mounted on planes were mounted to shoot above the propeller, but then the pilot couldn’t be sure of his aim. In a few cases, the gun was mounted right in front of the pilot so aiming was a matter of aiming the plane, but then many pilots shot off their own propeller. Another option was to have a gunner seated in front of the propeller, but that made for very slow flight. The propeller-gun problem was serious, and many were trying to solve it. After Anthony Fokker in 1915 saw bullet-deflecting wedges on the propeller of Roland Garros’ captured airplane, he developed an interruptor gear synchronizing the bullets with the propeller. Many such improvements were stolen and improved upon as each side captured the other’s newest technology. The result was that the war years saw great leaps in aviation technology, and in understanding of how air power could be used.

Most of the air war was over German-held territory, because the German strategy was to preserve their pilots and planes by staying behind their lines. If a German plane had to land, the plane could be retrieved, possibly repaired, and kept out of enemy hands. The pilot, if uninjured, could go up, possibly the same day, in another plane. If an Allied plane had to land, it might not be able to get back across battle lines. In that case, the plane and its secrets were lost to the enemy, and the pilot was also lost, either by death or capture. Since pilots were most vulnerable their first time out, an experienced pilot was worth many new pilots.

In the US air forces of WWI, the educational elite were behind the war in a way that seems inconceivable today – a large percentage of US pilots came from Ivy League universities (most of all Cornell University, which provided more commissioned officers than West Point did.) So they may have been smart, but may not have had much feel for making machines work, as compared to American ace Eddie Rickenbacker, a race car driver and school dropout who had fun instructing Ivy League pilots on picking up rocks.

In what is now the Barton Hall gym at Cornell

As pilots came to be in control of their guns, and could shoot down enemy planes observing or attacking one’s own ground troops, pilots turned into celebrities. Then, through trial and deadly error, pilots discovered safety in numbers and tactics. By the end of WWI, air war looked more like the formation-flying, coordinated-with-ground-attacks concept of WWII, than the individual glory days of the first celebrated aces. For instance, though early in the war most flying was done right over the front lines, by 1918, the British Independent Air Force was already being assigned to attack enemy rear areas such as aerodromes, railroads, and chemical factories, to keep German men and equipment tied up away from the front lines. In many ways, 1918 air combat resembled air combat today more than 1914 air combat.

Triplanes, balloons, and other WWI trivia

Q: The tri-plane, such as the Red Baron flew, is very unstable in flight. Why is this instability a good thing in combat?

A: As stated by a PhD in aeronautical engineering: “Instability = maneuverability, which is why once fly-by-wire was invented, instability in fighter planes was a good thing.”

Q: WWI is known for trench warfare, machine guns, balloons, and submarines. But they were not new in WWI. What war was the first major experiment with these technologies?

A: The American Civil War was the first war to build units of balloon corps. Military observer Count Ferdinand von Zeppelin was impressed with the balloons and as a result developed his own lighter-than-air craft. The Confederacy dug trenches on both sides at Atlanta. The newly-developed (1861) Gatling gun saw service during the Civil War. The Confederates developed submarines, mainly the Hunley, which was successful at sinking a Union ship blockading Charleston harbor.

Q: Why was it harder for WWI pilots to shoot down a balloon than an aircraft?

A: Eddie Rickenbacker mentioned various reasons in his books; one was that a balloon was normally at a specific altitude, so antiaircraft guns could be set up to provide a protective curtain of antiaircraft fire around a balloon – but not an aircraft. 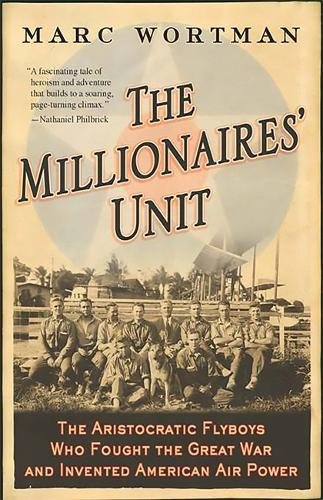