On the 6th June 1944, the future of liberty loving people across the world would be fought for on the beaches of the northern French coast at Normandy. D-Say was the culmination of months of planning by the Allied forces of Britain, America and Canada to force Hitler's forces out of France and push them all the way back to Germany....but it was almost a disasater. 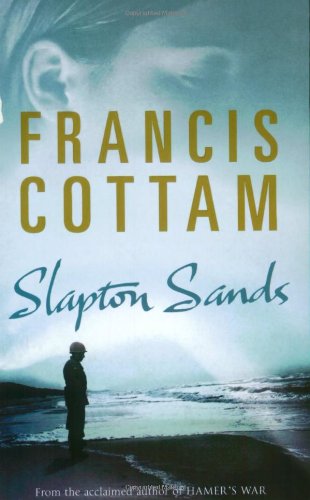 From September 1939, the Germans had invaded and occupied the majority of western Europe, but by 1943 they were beginning to lose ground. The Russians were advancing along the Eastern Front and the Allies finally had the manpower, the weapons and the wealth to combat Nazi Germany, thanks to the timely intervention of the United States.

Over 100,000 American soldiers were billeted to Britain to prepare for the D-Day invasion of France and they secretly utitlised the beaches of Devon and Cornwall to train for the landings at Normandy.

In Britain, people were severely rationed when it came to food and clothing, so the treats that the Americans brought with them such as chocolate, sweets or Nylon stockings were a rare luxury.

At the south Devon village of Slapton, thousands of civilians were evacuated from the area, so that the Royal Navy could carry out an exercise to use live ammunition, whilst American troops practiced landing on the beaches below them.

In April 1944, two months before D-Day, the American military devised covert trainig manouevres codenamed 'Tiger'. This would compose of a total of 8 American landing craft packed full of men  and the exercise would clam the lives of nearly 800 of the.

The operation was just part of a series of exercises performed along the south coast of Devon and would incorporate all the techniques and military training learnt by the U.S infantry and Navy, to land on the Devon beaches in order to gain practical landing experience.

On the 28th April, the U.S. ships entered the bay around Slapton Sands and prepared for a dawn assault on the beaches.

Throughout the war over 1,000 German S boats had patrolled the seas around Britain, sinking countless naval and merchant ships. Some of these S boats, who were based at Cherbourg, had spotted the American ships near Slapton and decided to attack them.

They managed to sink three of the American vessels as there was only one escorting Allied warship keeping watch over the area. There was a scene of absolute devastation as burnt seamen tried to evacuate their sinking ships and an official toll of 749 men lost their lives during the disastrous exercise.

The operation was such a notable disaster that there are some who considered the fateful exercise as no accident and believe that the Allied commanders allowed this to happen. Official logs from the German S boats siezed at the end of the war, state that it was all an intended attack from the outset, giving backing to the conspiracy theory.

In the remaining weeks before D-Day, invasion preparations contuinued and on the 5th June in Braunton, Devon, British civilians and American soldiers cemented their friendship in a ceremony at the local churchyard.

They planted a tree which today stands tall and mighty and a plaque was also installed near the base of the tree which reads: This tree was planted on the 5th June 1944 by American enlisted men of diverse faiths, visiting and voluntarily working upon this sacred ground. During the the war of liberation as a personal tribute to Britain's glorious stand against aggression.

That Day of Days

On the 6th June, almost 6,000 ships from landing craft to mighty destroyers set off for the French coast at Normandy. It was the largest armada in history and was all or nothing for the future of not only the war, but also the future of Europe rested on this one momentous day.

The five beaches the Allies were to land on stretched across 50 miles of Normandy coastline. Utah, Omaha, Gold, Juno and Sword were their codenames with the British forces heading for Gold and Sword. The channel approaches were havily mined by the Germans, so getting those 6,000 ships through to their destination wasn't going to be easy.

A number of top secret charts pinpointing the locations of marker bhouys showing the path British minsweepers had cleared, were circulated to the lead ships, but these time-delayed bhouys, which were meant to be underwater, had already risen to the surface, because D-Day had been postponed for 24 hours.

If it hadn't been for bad weather and the lack of German reconaissance aircraft over the channel as a result, the Germans would probably have known the Allies were coming and D-Day may well have been doomed to failure.

The Last Throw Of The Dice

The invasion was the Allies one great last attempt to beat Hitler and they planned to land in excess of 150,000 men on the French beaches. It took just 45 minutes for the British to clear Sword Beach of the enemy and the invading Allies were able to move inland, taking countless prisoners of war along the way.

But a few miles to the west it was a far different story.

On the American designated Omaha Beach, Allied air forces had failed to destroy defensive positions and the American troops faced an overwhelming and battle-hardened enemy. By the end of the first day, 34,000 U.S troops had landed, but around 2,000 lives had been lost.

By the time the 6th June had ended, 165,000 Allied troops had landed in France. D-Day had really begun at just before midnight on the 5th June, when Allied soldiers were still in British harbours and hundreds of gliders and paratroopers were on their way to France.

Each glider carried 30 men and they silently landed Allied soldiers behind enemy lines to prepare the way for the beach-landing troops. Pegasus Bridge was critical to the success of D-Day, because if the Allies could hold it, it would prevent the Germans from getting their infantry and tanks to Sword, Juno and Gold beaches and further west to Omaha and Utah.

A Small Band of Brothers

A total of just 180 men were assigned the task of holding the bridge, but in the confusion of darkness and other rivers and bridges nearby, they had landed at the wrong bridge, 8 miles awy from their objective.

The men managed to make their way across country through the night to join up with other units who had successfully landed at Pegasus. Between them, the 180 commandos managed to hold Pegasus Bridge from counter-attacking German Panzer Divisions trying to get to the beaches and therefore enabling the Allied forces to plant a firm foot-hold along the French coast.

There are over 9,000 American servicemen buried at the American cemetary at Normandy, it is located on a bluff that overlooks Omaha Beach and the English Channel beyond.

It covers 172 acres and is the final resting place of 9,387 American dead, most of whom were killed during the D-Day invasion of Normandy and the ensuing military operations in World War Two, including the graves of Army Air Corps crews who were shot down over France back in 1942.

"Long after our time on this Earth has passed, one word will still bring forth the pride and awe of men and women who will never meet the heroes who sit before us: D-Day."