The English sonnet – or better known as the Shakespearean sonnet – is often considered the hallmark of English language poetry. The lyrical poem is derived of several rules that combine syllabic count, rhyme schemes and meter into a 14-line verse. On top of that, they tend to blend symbols and metaphors that capture a mental image, personify a feelings of a person.

The giants of English literature, Shakespeare, John Donne, and Ben Johnson have set the standard for all to follow. They’ve also given teachers a blueprint to pass down this craft to eager students.

Reading Shakespeare’s sonnets are one thing. Teaching them is another. However, the most challenging thing of all, is to teach students (especially students with learning disorders) to write them.

There’s nothing easy about teaching this style of poetry. It is a high-end art form that demands the writer’s ability to plan, formulate, and execute a draft. It may be 14 lines, but it is the most challenging – and possibly most rewarding 14 lines anyone can write.

Why Teach Sonnets and other Forms of Creative Writing?

In today’s educational environment, opportunity for creative writing is shrinking. More emphasis has been placed on writing research papers or essays. Even the reading material tends to be more non-fiction than fiction. The idea of teaching poetry writing has been discouraged by administrators and politicians who are pushing their own agendas.

While teaching essay and research formats are a good thing, they are not the end-all in learning the craft of writing. Creative writing is just one part of the entire writing process. And, teaching sonnets is an even smaller part of that.

However, teaching something as intricate and complex as sonnets have major benefits and can go beyond being creative.

Teaching it can help students with:

Most importantly, creative writing -- such as sonnet writing -- can help students with thinking within the context of rules and coming up with something creative. In an ironic way, the strict rules of writing a sonnet forces many to express their unique thoughts within its confines.

Possibly the difficult part of writing a sonnet is getting use to the rhyme and rhythm. Iambic pentameters are not easily understood.

Still, for those who stress the use of it, they will often asked students to write a line, go back and read it and clap their hands on the stressed syllables. Many instructors gloss over the definition of iambic pentameter, and for good reason. When the English sonnet emerged, it corresponded with the phonemes (units of sound that a letter or group letters represent) typically heard in Elizabethan British English. English spoken around the globe in the 21 century will sound different from each other, as well as the type spoken in the 16th century.

Iambic pentameter should be taught if it is part of the teacher’s objective/goal for the students. In most cases, it would be better and less time consuming to have the students write 10-syllable lines regardless of the stresses.

The process of writing a sonnet can have several benefits for students. However, it can be a complex process. At the same time, it can be rewarding and effective. A student may improve his writing skills

Sonnets are difficult to write, let alone understand; however, the process of writing it can be an important teaching tool. It can heighten their reading ability as well as hone their written expression.

Some Basics about Shakespearean Sonnets

The Shakespearean sonnet is often known as the English sonnet. William Shakespeare’s influence and success with the poetry style was so profound that the English version has been associated with him.

Interestingly, he was not the originator of this type of sonnet. That credit belongs to the Earl of Surrey. Also, there was another English version that was initiated by Edmund Spencer.

The Shakespearean/English sonnet is one of three main forms of the style. The original one came from Italy and was known as the Petrarchan sonnet. It was soon adopted by the English and nearly everyone, including Queen Elizabeth was writing a sonnet or two..

The scheme is as follows:

The Italian’s scheme varies with:

Almost universally, the themes of sonnets are about love or nature; however, there are variations. Many of Shakespeare’s sonnets were allegories for a particular person or variations of these common themes. Modern sonnets have included numerous issues pertaining to family, loneliness, or politics.

Also, sonnets tend to be akin to a reflective essay or biography. Intimate and personal details (usually disguised in figurative language and symbols) can be found within its lines.

Finally, Shakespearean sonnets were organized in a way in which they gave descriptions in the first twelve lines. The final two revealed the theme of the poem.

Procedure for Teaching a Sonnet

First and foremost, any teacher planning to tackle a writing project involving the sonnet must consider the reasons for doing so. Also, the teacher needs to consider pre-writing activities, modeling, and establishing a template (especially for students with learning disabilities).

Here is an example of the procedure:

These steps are based more on teacher preference. Also, the goals/objective of the teacher can radically changes the process (for instance, the teacher may skip the template or ask them to create more than two sonnets and/or have the students read them orally).

Iambic pentameter should be taught if it is part of the teacher’s objective/goal for the students. In most cases, it would be better and less time consuming to have the students write 10-syllable lines regardless of the stresses.

The process of writing a sonnet can have several benefits for students. However, it can be a complex process. At the same time, it can be rewarding and effective. A student may improve his/her writing skills

Sonnets are difficult to write, let alone understand; however, the process of writing it can be an important teaching tool. It can heighten their reading ability as well as hone their written expression.

Here is a template I created from a sonnet project. Since I teach special education courses, I added words or title/theme to help the students get started. That, however, depends on the individual student's level of comprehension and writing skills. 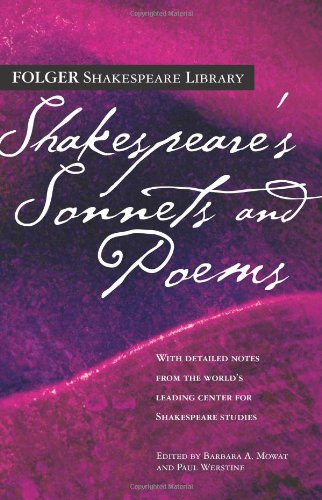