Yellow rattle with other flowers

Hay meadows redolent with wild flowers is a sight that has become increasingly rarer in the U.K. This is due to changes in Agricultural practices and loss through development as more and more of England's green and pleasant land disappears beneath building developments. here in Lancashie we are privileged to still being able to encounter them.

Personally I believe that these locations are at their best when the queen's of grassland flora -the orchids display their beautiful blooms among the grasses and other grassland flora.

In days gone by hay meadows hosted a plethora of grassland species, one in particular gave the farmer a good indication when the meadow grass was ready to be mown as hay. The yellow rattle Rhinanthus species are also commonly referred to as hay rattle. When the seeds of this plant are ripe they shake in their swollen capsules when moved by the wind or shaken by hand in the manner of a babies rattle. when this occurs the farmer knows his grass is mature enough to mow.

The species begins to flower in June {and may carry on through until September} however the first seeds are ripe by the end of July.

The rattle of the seeds and the colour of the flowers give this plant its common name. They are erect and quite rigid, composed of a stem which attains the height of between 20-35cm. The stems are adorn with wedge shaped foliage that are arranged in opposite pairs , each leaf is wedge shaped, stalkless and have deeply toothed margins and conspicuous veins. These stems are terminated by loose spikes of yellow, slipper like flowers. the calyx beneath the petals are large and inflated. The pale green colour of the calyx is unusual. The small flowers have two lips with tiny violet teeth on the upper lip.

Yellow rattle is a semi parasitic species extracting some of its nourishment from the roots of other plants that share its locality. When to many of them grow in a hay meadow they may have a detrimental affect on the hay yield. However, in the context of landscape gardening suppression of the grass is to be welcomed for it encourages other species of wild flowers to grow as opposed to grasses.

Studies have revealed that Planting or sowing Yellow rattle among "thug" grasses such as rye grass or couch grass are usually doomed to fail. the grasses of this nature will not allow the plants to get established. they also revealed that the seeds of yellow rattle need to be exposed to a prolonged chilling through the winter to encourage germination the following spring.

At the Beacon Country Park {Where most of these photographs were taken} the grassland needs to be managed in order for the species to flourish. Cutting or grazing between April and July is detrimental to this annual species for this will prevent them from setting seed.  The grassland at th park is not mown until early August at the earliest when the seeds of yellow rattle and other species have been shed.

Here in the U.K. we have a particularly rare species of yellow rattle Rhinanthus angustifolius the Greater yellow rattle, which is classed as being Nationally Rare. It was once widespread on arable land particularly in the east of the country, however, the bulk of the U.K. population is now confined to a handful of sights on the north downs in grassland and open scrub on chalk. These locations are in the vicinity of London.

These sites and the plants are now under a strict conservation regime. This includes monitoring and the maintenance/management of populations. Favourable management of sites being encouraged by land owners. Protection of any new populations discovered.

The greater yellow rattle is included on Schedule 8 {S.13a} of the Wildlife and Countryside Act !981 which is the back bone of wildlife protection in the England {and Wales} which gives them additional protection-It is illegal to intentionally pick them or the taking of seeds. It is illegal to sell or possess any part of the plant including the seeds.

they are placed on the list of Priority Species and as such had a Species action Plan formulated for their conservation, this plan is currently being implemented by conservation bodies which include the London Biodiversity Partnership.

The genus name of Rhinanthus, literally  means nose {snout} flower, it alludes to the shape of the flowers. 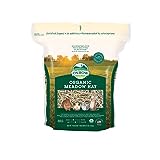