Hitler has been called the greatest demagogue and one of the most evil men in history. He rose from being an obscure army corporal to become dictator of Germany. He turned Germany into a police state, built an enormously efficient war machine, and instigated World War II.

Before his death he conquered and then lost more than half of Europe. Besides bringing death to millions in combat, Hitler also had untold millions of civilians murdered. In a deliberate campaign of extinction he caused the deaths of an estimated 4 million to 6 million Jews, whom he regarded as "destroyers of culture".

Hitler's father, Alois Hitler, was a minor customs official at Braunau, Austria. Hitler's parents died while he was still in his teens. He studied at secondary schools in Linz and Steyr, Austria, and in 1907 he went to Vienna to study art. However, he was twice refused admission to the Academy of Fine Arts.

From 1908 to 1914 he lived an impoverished and obscure life in Vienna and Munich, Germany, where he did odd jobs and occasionally sold a watercolor or an advertising poster. During these years, Hitler became an extreme Pan-German nationalist and anti-Semite. He learned the importance of propaganda, mass psychology, and political manipulation, all of which he later used to advance his career. 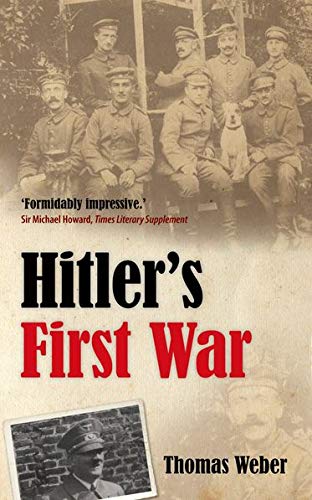 At the outbreak of World War I, Hitler joined the Bavarian army. Throughout the war he served almost continually at the front as a messenger between company and regimental headquarters. He was wounded at the first Battle of the Somme in 1916, promoted to lance corporal in March 1917, and twice decorated for bravery. At the time of the Armistice he was lying in a military hospital at Pasewalk, temporarily blinded by mustard gas. The shock of hearing about Germany's defeat made him resolve to play an active role in politics.

Rise of the Nazis

After the war, Hitler went back to Munich. In 1920 he was active in organizing the National Socialist German Workers' Party, or the Nazi Party, which grew rapidly in members and influence. His gifts as orator and organizer soon made him the Nazis' leading spokesman. He helped establish an official party organ, the Volkischer Beobachter, and he organized a party army. These Nazi storm troopers, in brown shirts and gray caps, barred hecklers from Hitler's speeches. As he attracted larger crowds, Hitler increased his bitter attacks on the Treaty of Versailles, France, Socialism, Communism, Democracy, liberalism, the parliamentary system, and the Jews.

Beer Hall Putsch. In the fall of 1923 the Bavarian government was at odds with the central government at Berlin. Hitler kept the rift between the two governments alive through speeches and shrewd political manipulations. He intended to use the dispute as a means of overthrowing the Reichswehr and establishing himself in power.

On November 8, 1923, Hitler started his putsch during a meeting at a Munich beer hall. He suddenly stormed his way to the platform and at gunpoint forced three prominent Bavarian government officials into an adjoining room. He then rushed back to the gathering and announced that the officials had agreed to beginning a national revolution and to the formation of a provisional national government under his leadership. Although the move won the support of such a prominent figure as General Erich Ludendorff, it was doomed to failure. The Bavarian government promptly announced the dissolution of Hitler's party and ordered the police to crush the revolution.

On November 9, Hitler and Ludendorff led a march of about 3,000 Nazi storm troopers to the center of Munich. A battle erupted at a police blockade. When it ended, 16 Nazis and 3 policemen lay dead. One bullet narrowly missed Hitler, killing instead the man who had been marching arm in arm with him. Hitler quickly fled the battle scene, and the revolution disintegrated.

Hitler was arrested three days later, and the next February he was brought before a special court at Munich. He was convicted of treason and sentenced to five years' imprisonment. Actually, he served less than nine months, during which time he wrote Mein Kampf ("My Battle"). The book is written in the form of an autobiography and describes the founding, principles, and objectives of the Nazi movement.

Rebirth of the Nazi Party

After his release from prison in 1924, Hitler reorganized the Nazi Party, but its growth was slow until the advent of a worldwide depression in 1930. Hitler skillfully capitalized on the reappearance of inflation and unemployment, and his struggle for power gained real significance for the first time since 1923. He won the support of the army, the industrialists, and the masses. He promised to enlarge the military, to suppress the Communists, and to rebuild Germany as a world power. Germans who regarded him as a danger were unable to suppress his activities because Hitler had decided to win control by legal means, rather than by open revolt.

In the elections of September 14, 1930, the Nazis increased their seats in the Reichstag from 12 to 107. In the spring of 1932, Hitler opposed Hindenburg in two presidential elections. Both times he polled about one-third of all the votes cast. Reichstag elections held on July 31, 1932, gave the Nazis 230 seats, thus making them Germany's largest political party. Although Nazi representation in the Reichstag was temporarily reduced by new elections in November, Hitler managed to force the resignations of two successive chancellors. With the government in political chaos, Hindenburg appointed Hitler chancellor of a coalition government of Nazis and conservative nationalists on January 30, 1933. 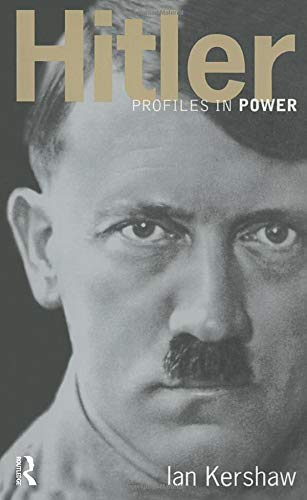 During 1933 and 1934, Hitler centralized all state powers in his own hands. On Feb. 27, 1933, the Reichstag was set on fire. Hitler used this as an excuse to discredit the Communist opposition and to pass the Enabling Act that gave him dictatorial powers and the right to issue edicts with the force of laws. On June 30, 1934, he instigated a blood purge of political opponents and subversive elements within the Nazi Party. At Hindenburg's death on August 2, Hitler combined the presidency with the chancellorship and assumed the title of Reichsfuhrer. All parties other than the Nazis were outlawed. He made the army take a new oath to serve him personally. Hitler's "legal revolution" had been completed, and he was the unchallenged dictator of Germany.

Hitler now turned Germany into a totalitarian state. By means of the Gestapo, or secret state police, he brutally crushed all opposition. He forbade the Roman Catholic clergy to participate in politics, placed the Protestant Church under the control of the minister for church affairs, and began a merciless campaign against the Jews.

In 1933, Hitler withdrew Germany from both the disarmament conference and the League of Nations. On Mar. 16, 1935, he openly repudiated the Treaty of Versailles by announcing that he intended to introduce conscription and to build up a peacetime army of more than half a million men. In March 1936 he remilitarized the Rhineland. Although some European statesmen objected to these moves, Hitler lulled them into uneasy acceptance by his repeated assurances that he would maintain the peace of Europe.

On Mar. 14, 1938, Hitler realized his greatest ambition when he proclaimed the Anschluss ("union") of Austria with Germany. In September, using the threat of war and after browbeating Neville Chamberlain and Edouard Daladier at the Munich Conference, he achieved the cession of the Sudetenland in Czechoslovakia. Early in 1939 he annexed the remainder of Czechoslovakia and then began to threaten Poland.

At last, alarmed by Hitler's aggressive policies, Great Britain and France pledged their armed support to Poland should Germany attack. On May 22, 1939, Hitler signed a military alliance with Italy, and on August 24 he signed a ten-year nonaggression pact with the Soviet Union. Then, on September 1, he ordered his troops to invade Poland. Two days later, Britain and France declared war on Germany.

Hitler's forces swiftly completed the conquest of Poland. In 1940 his armies overran France and most of the other countries of western Europe. In June 1941, Hitler violated his pact with the Soviet Union by invading that country. On December 21, 1941, after serious reverses in the Soviet Union, Hitler installed himself temporarily as Commander in Chief of the army. Like Napoleon before him, he poured millions of troops into a futile campaign. Meanwhile, the United States had entered the war against Japan and Germany.

From 1941 to 1945, Hitler waged the war first on two and later on three fronts. In the summer of 1943 the Russians took the offensive and moved westward toward Germany. The Allies began their slow advance north through Italy, and on June 6, 1944, other Allied troops invaded Normandy and began to push eastward.

Hitler dominated Germany's military strategy. He continually ignored or reversed the advice of his general staff. On July 20, 1944, a small circle of army officers attempted to assassinate him by planting a time bomb in a conference room, but Hitler escaped the explosion with only slight injury. After the assassination attempt, Hitler purged his military enemies, executing thousands of them.

By early 1945 it had become obvious that Hitler's dream of founding a 1,000-year Reich had failed. The Allies had invaded Germany, and in April the Russians began assaulting Berlin. Hitler became increasingly susceptible to violent rages.

Hitler and his mistress, Eva Braun, remained in the chancellery's air raid shelter during the Berlin assault. On April 29, when the Russians were a mile away, Hitler dictated his will and political testament, appointing Admiral Karl Doenitz to succeed him. On April 30, after saying farewell to a few staff members, he and Eva Braun retired to the Fuhrer's suite, where, according to reliable accounts, they committed suicide. Most reports state that the corpses were carried to an adjacent garden, doused with gasoline, and set on fire. Hitler had ruled for 12 years and 3 months.