In Praise of Ancient Roman Plumbers

The Ancient Romans were skilled sanitation engineers and they had something that the modern world didn't achieve again till the seventeenth century. Toilets.

If you came along with me on a time-travel trip to first century Rome, you would find the toilet arrangements perfectly acceptable. Apart from the lack of privacy.

For us, going to the toilet is most definitely a private matter but communal latrines were perfectly acceptable to the Ancient Romans and they used this opportunity for a little old fashioned networking.

Strabo wrote of Roman sanitation in

Geographica, his descriptive history of people and places from different regions of the world.in the early first century.

The sewers, covered with a vault of tightly fitted stones, have room in some places for hay wagons to drive through them. The quantity of water brought into the city by aqueducts is so great that it is like rivers flow through the city and the sewers.

Nearly every house has water tanks, service pipes, and plenty of water.

Ancient Rome had eleven aqueducts to carry water, and a complex system of sewers.

The sewers were much like modern sewers, where waste flushed from the latrines flowed through a central channel into the main sewage system. From there the Roman waste water ended up in a nearby river while our waste water is further treated before ending up in a river or the ocean.

Most apartment houses (insulae) didn't have much in the way of toilet facilities and, if they did, they were on the ground floor. So most apartment dwellers used chamberpots in their own rooms. Faced with a walk (perhaps of nine stories) in the middle of the night down unlit stairs to a communal latrine, what would you prefer?

Private homes ( domi) might have latrines. although chamberpots were common, and the contents dumped into cesspits.

You could call it a private toilet

At Portus, close to Ostiia, is an elegant Ancient Roman amphitheatre on the scale of the Pantheon.

Robbed of its fine marble facing and cut stone blocks, this great building, perhaps used by the emperor himself, was reduced to a ruin almost 2,000 years ago.

Archaeologists have painstakingly worked through the piles of rubble and uncovered a small, private toilet with marble walls and floor. It's fitted out with three seats, Could this be the Emperor's private toilet?

Nice and cozy. Room for yourself and two friends.

The Ancient Roman plumber was called plumbarius and I'm sure these tradesmen were as much in demand as they are today.

One of the oldest Monuments in Rome

Cloaca Maxima, one of the oldest monuments of Rome, was built as a canal through the Forum Romanum in the sixth century BCE

The Cloaca Maxima was originally an open channel constructed in the 6th century BCE by lining an existing stream bed with stone. Later it was enclosed with a stone barrel (semicircular) vault. Its primary function was to carry off storm water from the Forum district to the Tiber, but in Imperial times large public baths and latrines were connected to it.

The Fullers of Ancient Rome

The Fullones washed and cleansed clothes, a sort of ancient Dry Cleaners. As the Romans often wore wool in the hot climate, a thorough scrubbing - and a soak in alkaline for a bleach was used to get a garment clean.

The alkaline was provided by urine, collected in large pots at many corners of the Roman streets.

These days, chlorine is used in place of alkaline and urinating in the streets will get you a hefty fine.

Water and Sanitation in Imperial Rome 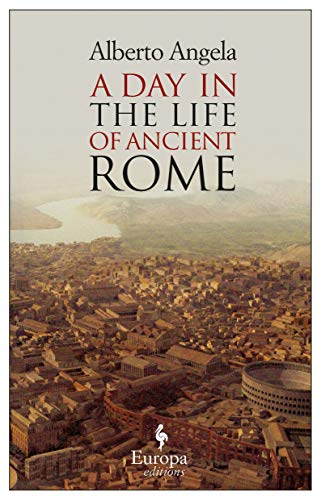 A Day in the Life of Ancient Rome: Daily Life, Mysteries, and Curiosities
Take a walk through Rome in the year of 115 CE. A wonderful way to learn about daily life in the Imperial times..
Buy Now

Did you learn anything today?

We have a lot to thank the Ancient Roman plumbers for. Large scale water systems, heated floors, toilets and drains, all the comforts of skilled plumbing that we enjoy today.

All comments are greatly appreciated. Carve it with a chisel if you have to

Scrawl a Message on the Toilet Wall