This timeline covers the last six months of 1864 for Andersonville. The events listed on the timeline are gleaned from diaries kept by prisoners. My reason for collecting this information is to create a picture in my mind of what my ancestor experienced during his time in Andersonville. If you are researching Andersonville, I hope the sources and the day-by-day events help you too.

My great-great grandfather was captured 06/10/1864 and held in Andersonville Prison until paroled on 12/06/1864 when he was sent to Charleston, South Carolina. The timeline focuses on that time period only.

Read the Classic Book on Andersonville - It won a Pulitzer Prize

I read this back when it won the Pulitzer Prize. At that time, I didn't realize that I had an ancestor who had experienced the horror of Andersonville first-hand.

Locations Mentioned in the Timeline

Read More about Andersonville - Journals and diaries of prisoners

It's really an eye-opener to read these firsthand accounts of what the prisoners experienced at the prison. 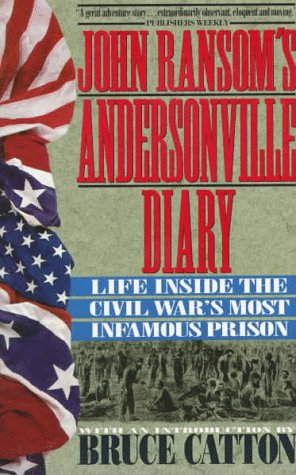 This gives you a detailed look into the Andersonville experience.

I'll be adding to this as I have time and as I find new sources.

I want to get a day-by-day picture of what happened in Andersonville Prison.

Prisoners Tried Digging Wells for Water or Caves for Shelter

My Research about the Starvation at Andersonville

Andersonville Prison in Georgia was notorious for the starvation suffered by Union soldiers there during the Civil War. Why did it happen and how did the prisoners survive the brutal conditions there?

What Interests You in the Civil War?