Why I'm not bothered by the end of the world?

Boohoo, 2012 is upon us. Looks like we're in for a big, fat end of the world. Have you sold your house yet? Converted to whatever religion you find appropriate? The more Doomsday predictions I read, the more ridiculous they get and that's why I'd rather get a nice drink and enjoy the vivid imaginations of the most avid Apocalypse crows on the Web. Feel like joining me on this tour? You're invited!

Extinction? It's happened before!

Whatever happened to the T-Rex?

Here's how passes worldly glory: once upon a time the dinosaurs ruled the Earth. Now the dinosaurs are no more. What happened? Well, most likely a meteorite happened. A big meteorite, with big-bada-boom in its wake.

Nor is this the only mass extinction event in Earth's history. The second most-famous is so called 'the Great Dying', which wiped out 83% of all the creatures on land and sea. Most likely caused by a 'basalt flood' event. What is a basalt flood, you may ask? Well, imagine a huge volcano, spewing basaltic lava in huge quantities over millions of kilometres, with the eruption lasting million years. Quite, quite apocalyptic, huh? Anyway, you get the picture.

There were more events like that - check out the link to Discovery presentation further on if you want to learn more.

Could something like this happen again? Of course it could.

Most likely, it will.

Space is enormous and full of Things. We are lucky, because the really big Things are quite a distance away from us. We can be fairly sure that no planet will hit us in a sneak attack, because we would have noticed something that size a long time ago.

The bad news is that here size doesn't matter very much. The meteorite that (most likely) did away with dinosaurs was 'only' 10-15 km across. Even something much smaller than that would wreak pretty havoc on Earth. Apart from pulverising the impact site and its surroundings, it would cause major climate changes, which we could find hard to adapt to.

Now, how likely is that?

Fairly likely, unfortunately. Statistically, an asteroid that big hits the Earth only once in a very, very long time, but it's been a while since the dinosaurs said bye bye.

NASA is watching the space closely. As of today (8th June 2011) there are 1224 discovered hazardous objects flying through space not-too-far from the Earth. They range in size and distance to our planet, but the most important bit is the fact that none of them is likely to hit us.

No one can be quite sure we've spotted them all. See, the space is a pretty dark place. Looking for black rocks flying through black space is quite challenging. A few could slip through unnoticed. If one of those few happened to be biggish and hit the Earth... you can imagine the rest.

Is this our future?

Supervolcanoes are scattered all over the world. When they go boom, they really go boom. The effects are felt worldwide, ranging from ash fallout to volcanic winter. They tend to wipe out quite a lot of life forms (although, even in worst case scenarios, a supervolcano would be highly unlikely to destroy ALL of the humankind). Fortunately, they happen very rarely.

Of corse an image of an eruption this size excites imaginative minds and now and again there's someone popping up with prediction of a supervolcanic blast within months if not weeks. European Laacher See gets quite a lot of public attention, but the most famous of them all is Yellowstone.

Some say that Yellowstone eruption is overdue and we can expect it any day now. Hm. We know of three major events that happened there, 2.1 million, 1.3 million, and 640,000 years ago. You do the maths.

While a near-future eruption is not impossible, it is not as likely as some say.

Humans and microbes fought for dominance since they first got in touch (which pretty much means always).

Every now and again a new virus or mutation emerges and, to put it plainly, kills. By the million.

In Middle Ages Black Death scythed through Europe, killing off 30-60% of its population.

The Spanish Flu destroyed twice as many lives as the World War I.

Could such a deadly microbe emerge again?

It nearly surely will.

Yet, human organism is pretty quick with working out how to deal with infections. Obviously, a new lethal virus would mean terrible loss of lives, but it wouldn't equal extinction of our kind.

There's more. But a lens can only be so big and I have no space to list them all

But you can find out more here: 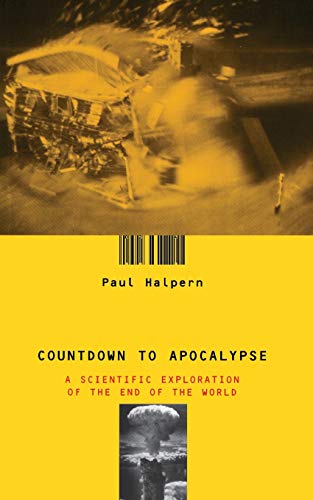 Countdown To Apocalypse: A Scientific Exploration Of The End Of The World
Buy Now 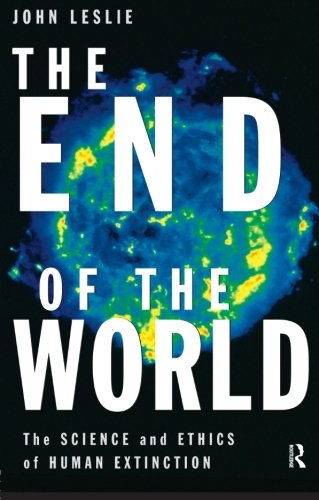 End of the World
Buy Now 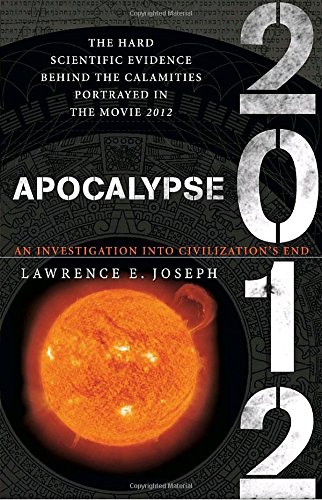 According to Christians, the Rapture, broadly speaking, is the second coming of Christ, described vividly in biblical Book of Revelation. Surprisingly, there's many people around the world who believe this prediction to the letter. Discussion only rages as to when.

Most recent failed Rapture prophecy was made by Harold Camping and quite popularised around the world. The End was to start on May 21st 2011 but... well... it didn't.

Obviously, the idea is quite ridiculous to non-Christians. I'm sorry, guys, I don't want to be offensive, but to seriously expect end of days because some book says so? Nah. Not convinced.

So what? My calendar ends each year.

OK. The Maya believed that 2012 is the end of so-called 'big cycle' and will be accompanied by big changes, some say that it will be the end of the world, some add - 'as we know it'. It's all very mystical and spiritual, unfortunately it is also not very convincing.

Anyway, digging shards of 'knowledge' from the mists of history leaves so much space for interpretation, that everybody can really develop their own belief system. Pretty neat, heh? 'Pick your own Apocalypse' style.

Solving The Greatest Mystery of Our Time: The Mayan Calendar
Buy Now

The 8 Calendars of the Maya: The Pleiadian Cycle and the Key to Destiny
Buy Now

The Mayan Calendar and the Transformation of Consciousness
Buy Now

How about everything simply going 'bang'?

How will the end of the world look like?

How about this proposition?

It may be a lot of rubbish scientifically, but it still has the best special effects of all the movies so far.

And why do you watch movies? To learn the Truth, or to enjoy the effects?

Actually, I think I want to know your answer to this question

Why do you watch movies?

The best catastrophic movie made so far

Did I mention special effects? You get a supervolcano blowing off AND major earthquakes AND whole chunks of land falling into the sea AND gigantic tsunamis AND collapsing buildings AND ash fallout AND good old explosions, too.

The plot is unambitious, to say the least, but who cares? Personally, I fast forward all the dialogues to watch cataclysmic sequences. Again and again. Because they are so good.

Who benefits by the apocalyptic hype?

Have you ever wondered?

Well, whoever tries to sell it.

Guys like Harold Camping, for example. (Hey, if you have too much money to spare, why don't you give it to ME? I'm nicer than Camping and I will predict a bright shiny future especially for you instead of this nasty Armageddon!)

People selling survival kits and other rubbish of that type.

I'm gonna get a deckchair and a nice, tall drink with a paper umbrella in it AND fancy shaped ice cubes AND sugar crust around the rim AND a cherry on a stick, too, then watch the view

And what if I'm wrong and there WILL be apocalypse?

Then I guess I'm screwed.

So is everyone else

At least I get the drink :)

This space is for you. Leave your mark :)