The entrance of the house is very important

In fact, under Feng Shui view the quality of the entrance is equal to how good the house is.

When looking for a house, we should really look for home that has plenty of space at the front.

Sometimes you can see big houses that have a fountain in front and have enough space for cars to come in and drive round in a circular way. Sometimes these houses have a mountain behind.

These houses are particularly good as they have enough space to let the good energy come in thus things do not feel tight.

Unfortunately, many houses have problems with the front

These problems arise because no one has considered the entrance of the house as significant as the inside.

You find many houses that open directly onto the street. When you step out the door you step straight onto the street, this is more like a shop. In this kind of house, the people will feel very tight and limited. In terms of finances, they will have no money left no matter how hard they work and try to save up. There will be events that consume a big portion of their wealth.

Another bad situation can arise when suddenly you have road works directly in front of your house. Even if your house has enough space in front, this will not be good for your health. The disturbing to the Earth energy and the level of chaos Qi will weaken people who live by. However, this situation you cannot really avoid. You can only wait for them to finish.

Now you probably understand how homeless people who sleeps on the ground is easier to get sick than other people. The core of the Earth belongs to Yin element and it always draws our energy toward the magnetic field. When we have our Dantien close to the ground, the Yin element sucks a way our vital Qi. That's why we bury the deceased so their body can be decomposed and returned to the universe.

You see, it is very important to have enough space for the entrance of your house.

Note : Never try to lay down with your stomach on the ground for more than thirty minutes.

When there is corner of another building pointing at your entrance..

It will affect your health and you may even be prone to having many accidents.

Once I met a family who lived in a very nice detached house. The husband had just had a promotion at work. His children were growing up and he had more money to spend so they decided to look for another house.

Shortly after, they found a house which was a lot bigger than the one they were living in. The ground floor is for rent to other people, and their parts are the 1st and 2nd floors, and so they would have enough space for the children.

After they had made the final decision to buy, they asked a friend about Feng Shui as they did not know anything about it.

When the Feng Shui professional saw their new house he said, "Although this flat is very big, your entrance is not at the front of the building, it is at the back. To get in you need to come to the back of the house. This means you will not take the best energy; you will only get the second energy, which might be negative energy."

He was afraid when the master told him this. What could he do, he had already bought the flat. The master suggested that he break down some of the wall and so make the back entrance bigger.

Then it would look like there were two entrances to the building, one at the front and one at the back.

Unfortunately, he could not do this as it would effect the structure of the building.

Afterwards, he lost his position at work and his son had an accident.

In some situations we really cannot do that much, and it may that the best solution is to move to another place.

If you find your entrance is facing a corner, a flyover or facing other houses (i.e. your door faces another door), then you should put outside your entrance a pair of stone lions or dogs facing outwards. These symbols meant to protect internal good energy and defend the bad Qi from challenging your home.

If you cannot do that, then you can put some thing in your windows; like a plant which is high enough to block the view, or a windmill which moves and circulates the energy. Even a mirror that faces out will help. You need something to fight or deflect the negative energy so that you do not take all of it.

Whenever you buy a house, check the entrance and make sure it has a good position and view as it will effect your future.

For example, a big tree sits directly to the front door of the house will interrupt the flow of positive energy coming to the house.

It will make people in the house prone to stomach sickness (big tree breaks the balance by consuming Earth energy, which is nourishing the Spleen and Tummy energy). Earth is also the center of life. When this energy is weakened people in the house tend not to bond very well to each other and they will break apart and move somewhere, mostly due to conflicts not natural reasons.

On the other hand, a little pond or water fountain in the front of the house is very good. The circulation of fresh and clean water brings wealth to the family and everyone's career. But be sure not to place it directly to the front door.

I'm sure you usually see these items in the front of a Chinese restaurent. I guess they know what they are doing to make business better and less problems. 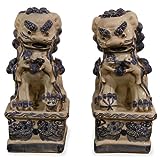 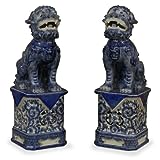 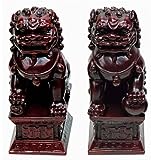 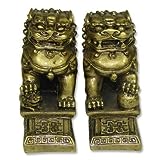 You just need one or two of these. Don't over use them. You want to create the balance of good Qi not conflicts 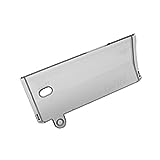 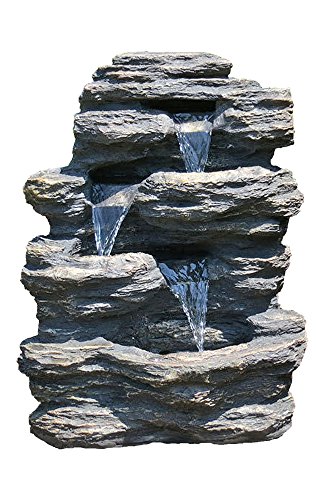 Bamboo is the symbol of luck in Feng Shui view because it grows slowly and ever green. They are also very easy to take care of. 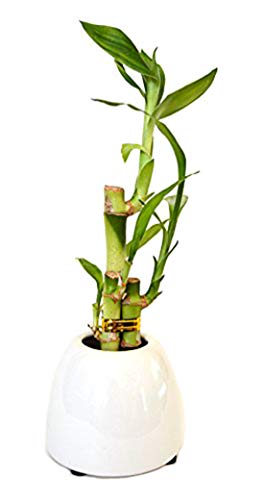