Aristotelianism, the tradition of ways of thinking based originally on Aristotle's writings, though often distorted by other, later influences. Aristotelianism was the dominant philosophic influence in the early Middle Ages in Europe. There, philosophy was regarded as the 'handmaiden' of theology and was pursued in the main by clerics, either in monastic schools or in the universities which arose as clerical foundations from the 12th century. However, these scholars studied Aristotle in Latin versions prepared from translations into Arabic, and then only some parts of the corpus. It was not until the Renaissance that an extensive investigation of the Greek originals began. Medieval Aristotelianism culminates in the works of St Thomas aquinas. It survives today in Neo-Thomism, but is now overshadowed by modem studies of the Aristotelian originals themselves. 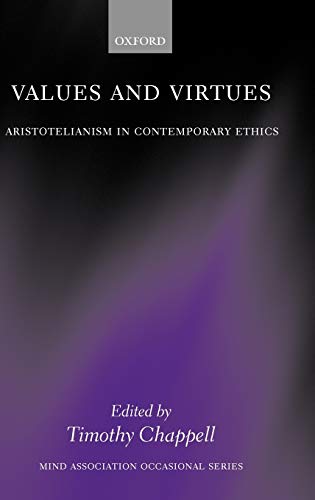 Aristotle (384-322 BC), Greek philosopher and scientist, born at Stageira in Chalcidice, son of Nicomachus who had been physician to Amyntas II of Macedonia. In 367, at the age of 17, he went to Athens and became a member of the academy. Here he so distinguished himself, first as a pupil and later as a research student and lecturer, that plato nicknamed him 'the mind of the school'. There never was, as is sometimes alleged, any deep rift between his own thought and that of Plato. Nevertheless, long before the master's death Aristotle had begun to lose sympathy with Academic theories as interpreted by some members of the Academy, notably Speusippus, who was destined to succeed Plato as its head. Accordingly, in 347, Aristotle and Xenocrates left Athens and settled at Assos in the Troad, where two former pupils of the Academy, Erastus and Coriscus, were living under the patronage of hermeias, ruler of Atarneus, whom they had interested in Platonic doctrines. The four men were joined by Theophrastus, and Aristotle opened a school. At this period he certainly regarded himself as a Platonist; but his subsequent thought led him farther from the traditions that had formed his earlier background, especially as regards the Ideal theory, and in his later criticisms of Plato he sometimes appears to interpret him in a way that is not altogether fair.

At all events, in about 344 and probably at the suggestion of Theophrastus, Aristotle moved to Mitylene in Lesbos, and devoted the next two years to the study of natural history and of marine biology in particular. Meanwhile, during his residence at Assos, he had married Pythias, niece and adopted daughter of Hermeias, and had made contact with the practical problems of politics. Then, in 342, he accepted an invitation from Philip II of Macedon to go to Pella as tutor to Philip's son Alexander. After the latter's accession (336), Aristotle returned to Athens and opened his famous school in the Lyceum, a gymnasium in the grove of Apollo Lyceius, from whose covered walks (peripatoi) the school derived its name, Peripatetic. It was during this second Athenian residence that Aristotle wrote or completed by far the greater part of his surviving works. These, many of which are summaries of lecture-courses, cover an enormous field and are a measure of their author's genius: metaphysics, psychology, biology, logic, ethics, politics, literary criticism.

Misfortune now overtook him. News was received of Alexander's death at Babylon (323); a strong nationalist party was in the ascendant, and since Aristotle was known to support the Macedonian supremacy, not to mention his close personal friendship with the regent Antipater, who was absent in the East, his position and even his life were endangered. He therefore fled to Chalcis, where he died in the following year. His will is preserved by Diogenes Laertius.