Artemisia Gentileschi (1593-1652/1653) was a strong independent painter whose paintings often depicted a central female subject. She followed Caravagio's baroque school of contrasting light and darks producing dramatic and vibrant images. In her time, Gentileschi was able to survive on her painting income and support a small family.

Below find biographical facts, a discussion of her paintings, and the sexualization of Artemisia Gentileschi.

Facts about the life of the painter

- Gentileschi was the eldest child, and only daughter, of Tuscan painter Orazio Gentileschi.

- She learned how to mix paint and paint in her father's workshop along side her brothers.

- In 1612 she was raped by Agostino Tassi (a collegue of Orazio) and under went a trial after Orazio pressed charges against Tassi when he refused to marry Artemisia.

- One month after the trial finished Artemesia married Pierantonio Stiattesi and moved to Florence.

- Gentileschi and Stiattesi had four sons and one daugher Prudenzia. Prudenzia was the only child that survived into adulthood.

- In 1613 Artemisia was the first woman admitted to the Accademia di Arte del Disegno in Florence (Cohen,47)

- 1627 Artemisia gave birth to a second daughter. She tried to teach her daughters the art of painting but she wasn't very successful.

-1630 she moved to Naples, where both her daughters married.

-1638 Artemisia journeyed to London to paint beside her father at the Court of Charles of England.

- Originally it was thought Artemesia died in 1652/1653 but new evidence suggestst that she was still receiving commissions in 1654.

Judith and Her Maidservant with the Head of Holofernes - c.1625

Self-Portrait as an allegory of painting - c.1630

For a more complete look at the life and times of Artemisia Gentileschi please examine the links below. 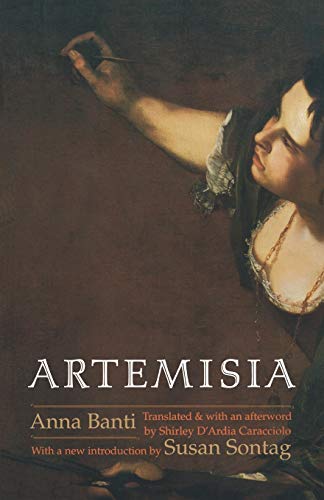 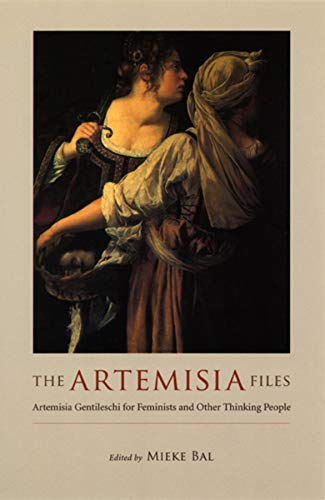 The Artemisia Files: Artemisia Gentileschi for Feminists and Other Thinking People
Buy Now

Artemisia Gentileschi around 1622: The Shaping and Reshaping of an Artistic Identity (The Discovery Series) (Volume 11)
Buy Now

Susanna and the Elders

The Story of Susanna and the Elders

The story of Susanna and the Elders can be found in chapter 13 in the book of Daniel. Susanna is a beautiful Hebrew wife who decides to go bathing in her garden without her attendents. While she bathes two men watch her, and when she returns to her house they accost her. The men demand that Susanna have sex with them or they will tell everyone that she met a young man in the garden. Susanna does not give into their blackmail. She is arrested and sentensed to death, but when Daniel makes an appearance he demands the Elders be questioned to ensure an innocent person has not been falsey accused. When the men are questioned they tell similar stories but one detail is different. One says the interlude happened by a mastic tree and the other an oak tree. The discrepancy in size of the tree is taken as proof that the men are lying and they then put to death.

Artemesia Gentileschi's treatment of Susanna and the Elders

Gentileschi depicts the sinister elders hovering over the naked Susanna. The Elders looming figures over the naked Susanna shows that they are a dangerous. Susanna twists her body and her head to get away from their demands and the viewer understands she wants no part of these men. You get the sense of the power the men wield just from their threats or appearance. The work speaks to a culture where women's situation is precarious and shaped by the men around them. Susanna does refuse them, but her reputation is questioned, and she is deemed guilty by the Elders accusation. From this painting the viewer gets the sense of Gentileschi's awareness of the inequality of gender in early modern Europe.

With the creases or wrinkles in Susanna's body you can see why Gentileschi depicts the female form in her painting: she does an incredible job, with lots of attention to the details of the female body.

The Story of Judith and the Slaying of Holofernes

Holofernes is an Assyrian General whose desire for Judith, a pretty widow, leads to his attempt to destroy Bethulia, a city and home of Judith. Judith is able to get inside his tent and when he passes out from the over indulgence of alcohol Judith accompanied by a servant is able to put an end to Holofernes plans for Bethulia. Judith is able to behead her foe and is celebrated as a chaste female heroine.

Artemesia Gentileschi's Judith and the Slaying of Holofernes

Gentileschi's adherence to Caravaggio's use of dark and light can clearly be seen in Judith's Slaying of Holofernes. The characters emerge out of the darkness and places emphasis on the action at hand. We see Judith concentrating on the beheading of Holofernes while her servant helps hold down the general.

Self Potrait as the Allegory of Painting c.1630

Self Portrait Allegory of Painting

To ensure that artists self portraits could be differentiated from other portraits the presences of an allegorial figure was used to suggest the artist's role.

Artemesia had the abliltiy, her male counterparts did not, to insert herself as the allegoric figure. She adheres to the definition by displaying her self in the art of painting with unruly hair, vivid clothes, and the golden chain around her neck. What she does not represent is the covered mouth suggesting her need to give a voice to herself as a female artist.

Gentileschi promotes herself as both muse and artist. She is strong and active in the creative process. The creative process was thought to be a maculine attribute despite women being responsible for the ultimate act of creation life. In her self-potrait she is able to comment on the culture norms of women being silenced by a patriarchal society in early modern Europe.

Artemesia Gentileschi was born into a culture "where women were more accepted as the inspiration for art than as artists." (Wiesner, 184) Despite this Gentileschi found fame as a painter during her time; however, "the old fashioned notion that women are defined essentially by their sexual histories, continues to reign" in her case (Cohen, 47).

Perhaps, this is an attempt, even now, to diminish her role as creator and artist. Reducing Gentileschi's work to the result of a sexual assault cheapens her works and is a distraction from her talent and her contribution to the art world. The act of creation was seen as a masculine enterprise and women's works were seen as inferior, and those that could not be explained in this way were seen to overcome the limits of their gender or were devalued by focusing on sensational facts to misdirect people's attention.

Do you think Artemesia's work can be interpreted through her sexual history?