Who were the Women in the Legend of King Arthur?

The tales of King Arthur are legendary

Stories of his courage and endeavour are passed down through generations, and songs are still sung of Arthur and his Knights of the Round Table.

But who sings the songs for the Women of Arthur?

When the feats are recounted and the stories retold, what do we say of the women in this story? The portrayals of these women tell us much more about the attitude of the storytellers than about the women themselves.

The Women in the Legend

The most well known woman in the Legend of Arthur is Guinevere, Arthur's Queen, who is said to have caused the downfall of Camelot. Another is Morgan le Fay, his half sister.

His mother, the often-overlooked Ygraine, appears briefly at the beginning, her only part is to give birth to Arthur. There are also mystical women, such as the Lady of the Lake.

We also meet ordinary women in Arthur, women who are not Queens or great women of magic. Love seems to always bring them tragedy, like Isolde of Ireland, or Elaine the Fair, whom Tennyson immortalised as the Lady of Shalott.

Ygraine, the Mother of Arthur

We hear first of Ygraine from Geoffrey of Monmouth, a 12th century translator from a religious order .

Now this Geoffrey translated Welsh manuscripts into Latin in about 1136. His work was intended to be an historical record of the Welsh kingdoms but also meant a significant advancement in the church hierarchy for Geoffrey. In compiling his History of the Kings of Britain, Geoffrey utilised material from British legend and folklore. He also borrowed from earlier Latin accounts of the Britons but treated all his sources with great imaginative freedom - such as tracing the descent of British princes from the Trojans.

It's not really surprising that we don't hear much on the subject of women from a cloistered monk, apart from brief and negative portrayals, and his mention of Ygraine is no exception. The deceit practiced on Ygraine was her own fault for being beautiful and, besides, is of no account as her only reason for existence is to be the mother of Arthur..

Geoffrey said that, in an attempt to stop the advancing and destructive Saxons, Uther Pendragon called together all of the British leaders to form a plan of attack. One of the nobles at the gathering is Gorlois of Cornwall with his wife Ygraine, the "most beautiful woman in Britain".

When he sees Ygraine, Uther falls immediately in love. Gorlois, angry with the flirtatious attention directed at his wife, storms off and hides her away at the fortress of Tintagel.

Merlin casts a spell which makes Uther look like Gorlois and the King is then able to enter Tintagel and deceive Ygraine into believing he is her husband. That night, two events occur which effect the future of all of Britain.

Gorlois dies in battle outside of the castle of Dimilioc and Arthur is conceived in Tintagel.

And that's all there is from Geoffrey on Ygraine.

The Last Legion
Sword-and-sandal epic offering a mix of Imperial Rome and Arthurian England. Questionable casting with the excellent Colin Firth and Ben Kingsley who both deserve a better script, but also features the gloriously beautiful Aishwarya Rai. For costumed-epic lovers.
Buy Now

For most of human history, the written word has been largely a male preserve, so we almost always perceive women through the eyes of men.

The church was the most powerful cultural arbiter in medieval times, and clerical opinion the highest authority of the day.

Guinevere is portrayed as a woman who defies the laws, she commits the worse sin possible in the eyes of the church. She has a love affair with another man - and while she is married!

Therefore it's Guinevere's fault that the wondrous Camelot, the saintly knights and Arthur himself is destroyed.

She is the daughter of Leodegrance of Cameliard, previous owner of the Round Table, which she brings as part of her dowry to Arthur. It is her love affair with Lancelot which causes the downfall of Camelot.

Whatever the truth may be, she is also beautiful and desirable and her forced, or chosen, affair with Lancelot condemns her, according to law.

Whatever Guinevere was or was not, she has been a useful tool in the hands of the romancers throughout the centuries and has greatly enhanced the legends of Arthur.

Another view of Guinevere - Through the eyes of a woman

The Idylls of the Queen 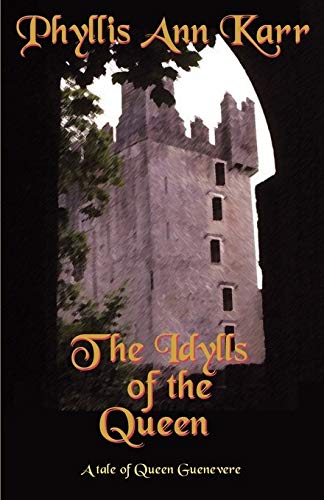 The Idylls of the Queen: A Tale of Queen Guenevere
In The Idylls of the Queen, Phyllis Ann Karr takes an incident (the murder of Sir Patrise) from Thomas Malory's Le Morte d'Arthur and creates an intelligent, complex, and fascinating mystery novel perfect for fans of historical mysteries, of British legends, and of fantasy.
Buy Now

Almost always portrayed as an adversary of Arthur's, Morgan le Fay is his half sister, daughter of their mother Ygraine and Gorlois, the Duke of Cornwall.

Despite the motif of Morgan's enmity towards Arthur and Guinevere, she is also presented as one of the women who takes Arthur in a barge to Avalon to be healed.

Not much is heard of Morgan after the 12th century, but 800 years later there is a renewed interest in her literary character. Marion Zimmer Bradley gives Morgan these words ..

And now, when the world has changed and Arthur- my brother, my lover, king who was and king who shall be- lies dead (the common folk say sleeping) in the Holy Isle of Avalon, the tale should be told as it was before the priests of the White Christ come to cover it all with their saints and legends.......

Helen Mirren plays the evil and beautiful sister in the 1981 film Excalibur.

Over four books, the story of Morgan Le Fay is recounted through the eyes of another. The fifth book is narrated by Morgan herself.

"'I am Morgan the Fay. The wicked witch, the embodiment of evil. And yet. I am the queen who takes Arthur in my arms for healing. Some editing of the story will clearly be necessary.'".

Elaine, the lily maid of Astolat,

High in her chamber up a tower to the east

Guarded the sacred shield of Lancelot;

Elaine the Fair of Astolat is a maiden who dies of grief when Lancelot can not love her.

So Elaine is the other type of woman in Arthurian legend (there are only two types - desirable and therefore evil, or desirable and not yet fully evil)

Regardless of who she mothered, the tragedy of Elaine is the same. She loved Lancelot, a love which Lancelot did not deserve and, when Elaine was made aware of the affair between Guinevere and Lancelot, the poor maiden died of a broken heart.

The best-known retelling is Alfred, Lord Tennyson's "The Lady of Shalott", which inspired dozens of images of the maiden weaving in her bower, or setting out heart-broken on the barge that will bear her dead body to Camelot.

The Lady of Shalott

It starts off innocently

Elaine's father organises a jousting tournament, attended by King Arthur and his knights. Elaine falls in love with Lancelot and begs him to wear her token at the coming tournament. Explaining that Guenevere would be at the tournament, he consents to wear the token but says that he will have to fight in disguise so as not to be recognised.

Lancelot goes on to win the tournament but receives a serious injury. Elaine then urges her father to let her bring the wounded Lancelot to her chambers, where she nurses him.

When Lancelot is well, he makes ready to leave, and offers to pay Elaine for her services. He attempts to pay her!

Insulted, Elaine brings him his shield, which she had been guarding, and a wary Lancelot leaves the castle, never to return but now aware of her feelings for him.

Her body is placed in a small barge, clutching a lily in one hand, and her final letter in the other. She then floats down the Thames to Camelot, where she is discovered by King Arthur's court.

But Lancelot mused a little space

He said, "She has a lovely face;

God in his mercy lend her grace,

The Lady of Shalott."

Lancelot and Tristan are called the two greatest knights and greatest lovers by Merlin, and the fairness of the two ladies whom these men love is often compared.

The basic outline of their tales is similar in that both knights are caught in a dangerous triangle of emotion that pits their love for their ladies against their loyalty to their king. It's never the fault of the men involved.

Tristan, the heroic nephew of King Mark of Cornwall, is sent to Ireland to escort the Irish king's daughter, the beautiful Isolde, to Cornwall to become his uncle's bride. During the return voyage the young couple accidentally consume a love potion (meant to ensure Isolde's happiness with Mark) together, and fall in love.

Because her betrothal to Mark cannot be broken, Isolde marries the king despite her love for Tristan, and the two lovers spend the rest of their lives attempting to satisfy their desire for each other without revealing that desire to the Cornish court.

When Mark finds out, Tristan leaves the court, marries Isolde of Brittany and subsequently neglects her, as he feels that his marriage is a betrayal of Isolde of Ireland.

Not surprisingly, his callous treatment of Isolde of Brittany is brushed aside by the chroniclers. It is the men, after all, who are important. 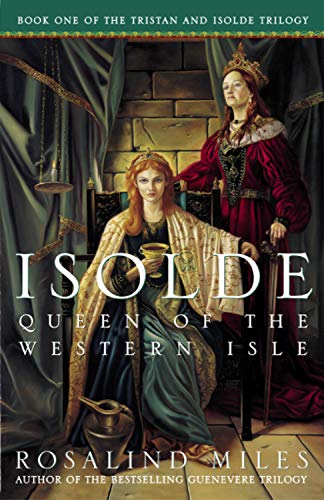 The Lady of the Lake

The Lady of the Lake was known by many names. Most often she is Nimue.

It was she who gave the sword Excalibur to Arthur and regained it when he died.

in Malory's Morte d'Arthur, Nimue is responsible for the downfall of Merlin.

She gave the King his huge cross-hilted sword,

Whereby to drive the heathen out.

A mist Of incense curl'd about her, and her face

Well nigh was hidden in the minster gloom;

The Lady of the Lake is either the woman responsible for destroying the great wizard, Merlin, or she is an almost disembodied arm.

Lady of the Lake : gawain7

The Mists of Avalon - Through the eyes of a woman

The Mists of Avalon
Told from the viewpoint of Morgan Le Fey, the history of Camelot is laid out as Christians and Druids vie for control of Dark Ages England by supporting the High King Arthur, each trying to ensure their survival in the future of England.
Buy Now

Give a Cheerio to these Women of Arthur