I Beg Your Pardon

We've all heard them; some well intentioned friend or acquaintance decides to say something kind and botches it by adding insult to injury. Maybe it's someone not so well intentioned that can't bring themselves to give you a compliment without adding a dig. Whatever the scenario there are hilarious things people have said out there that need to be shared.

On this lens I want to tell some of the stories that have happened to me over the years but more importantly I'd like to hear your stories. What are the most humorous or even hurtful things someone has said to you in the guise of a compliment? I hope the pain has subsided enough for you to contribute to our list. After all, the laughs won't be at your expense.

Thanks for coming by.

To set this one up you need to know that I have been blessed with a very beautiful wife. She is so much more than just attractive but people often struggle to find a compliment for her. Too bad they've come at my expense at times.

One afternoon our family walked into a local sandwich shop and we ran into some acquaintances of mine. I introduced our children and then my wife who then moved on to the counter to order their lunches. I stayed behind and continued some small talk with the woman we'd come across. At some point in our brief conversation she said, "I know you must get asked this all the time, but how did you get such a beautiful wife?" There was no mistaking the tone of the question. She was absolutely baffled and was asking on behalf of the entire world. Inquiring minds want to know. The only response that came immediately to mind was, "God really loves me" which I'm very thankful for because what occurred to me next wasn't as kind. By the time I thought of what I should have said it was too late, but I'll share it with you here: Apparently she doesn't think I'm as ugly as you do.

On another occasion I introduced my lovely bride to a friend and as she walked away he said, "You really out kicked your coverage". I had never heard the phrase before so I looked at him quizzically and asked what do you mean? I felt bad because he really started to get flustered as he tried to explain that the phrase means I married up or married better than I deserve.

There have been a few other times that similar things have been said and I've gotten much better at taking the them in stride after all I don't disagree. I get that what they mean is, "You have a very beautiful wife"? Having a "good personality" isn't so bad.

I'll add to this lens as other instances occur or are remembered but please take a minute to share some of your stories or one-liners below. 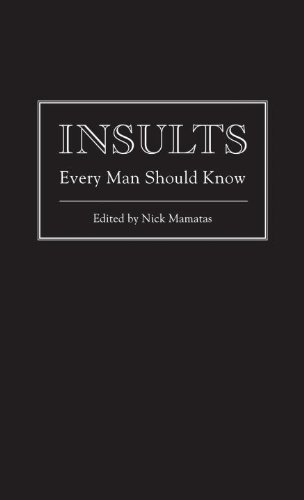 Do you have an instance of someone putting their foot in their mouth? Maybe you've insulted someone when you meant to give a compliment. Please take a minute to let us all in on it.