Appreciating the Bat on April 17, in October... and All Year!

In my childhood, bats had a bad reputation. Halloween and vampire stories, myths of blood-sucking... plus a strong association that existed in many people's minds between flying mammals and death by rabies. Add to that the more general problems faced by animals in modern society: loss of habitat due to human activity. That furry little flyer needed some appreciation!

Bats have been building their reputation for two or three decades now. Many of us know them as pollinators, friends of desert plants... part of the delicate web of life. But they remain vulnerable inhabitants.

April 17 is Bat Appreciation Day, a good time to consider bat's role in nature -- and do some bat activities. Here are some suggestions about what you can do to celebrate bats, and some resources for further exploration. There's a range of ideas here. Some of the activities here are designed for teachers and children, others for those who have the resources for a bit of activism.

Children often learn, and remember, best when they're actively engaged. Can you be actively engaged in echolocation without being a bat? Yes -- and I've come across various echolocation simulations over the years. One was written by the folks at Scholastic and designed as a follow-up to The Magic School Bus Goes Batty.

Stellaluna is a beautiful illustrated story about a fictional fruit bat -- one who's raised by a bird. No, she doesn't fare as poorly as the ugly duckling, but her adopted mama does feel a deep need to eradicate her toubling habits. At the end, though, Stellaluna learns that she is not a bat, but a bird.

This book is a springboard for talking about people's unique roles, as well as those of birds and bats. You can find quite a few curricular resources to go with Stellaluna, though some have gone out of print. 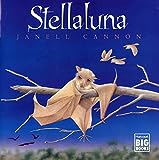 Learn the Truth About Bats

When bats are brought in to be tested for rabies, there's often a reason. The bat may be visibly sick or acting strangely. The percentage of bats who are brought in for testing who turn out to have rabies is probably much higher than the percentage in the general population who have rabies. Recent studies suggest that less than one percent of bats actually have the disease.

Children should be taught to be wary of wild animals -- including weak, sick ones who seem to pose no threat. Their care should be left to adults who have knowledge and skill. Children should also know to tell an adult immediately if some creature bites then or if they wake and find it in their bed. But let's not give undue attention -- or blame -- to the bat.

Be a Bat Activist - Educate Others about White Nose Syndrome

Humans are hardly the bat's only enemy. In recent years, bat populations have been threatened by a fungus that causes them to wake up from hibernation -- often freezing or starving. This disease is far more prevalent than rabies.

You can take action: contributing funds, writing legislators, educating others.

Volunteer for a Wildlife Rescue Organizations

We build birdhouses. We can build bat houses, too. There are also ready-built ones you can buy to offer habitat to little furry friends.

And, guess what? There are organizations willing to offer you expert advice. Did you know that Bat Conservation International certifies bat house kits?

If you're trying to make a difference to the bat population -- at a time when it's threatened by illness -- make sure what you're building meets the specifications of the BCI or other established organization.

As Emerson noted in "The Fable", talents differ. (And you might try pairing "The Fable" with "Stellaluna" to teach this lesson... even if you don't hang upside down yourself.)

Write from the Bat's Point of View

Have you read those fairy tale adaptations that are written from the point of view of the "big bad wolf". As an exercise in point of view, children sometimes write their own. Now what about the lowly bat? Does he have a story to tell?

You'll find a collection of bat coloring pages here. I like the more realistic ones -- they're the stereotype-busters.

These two selections have been included as exemplar texts in the Common Core standards at 2nd/ 3rd level -- it's nice to see these furry mammals included.

Bats - Creatures of the Night (All Aboard Reading: Level 3: Grades 1-3)
Buy Now

Bat appreciation is fashionable all year round! But when is the best time to give them some focused appreciation, and a spot in the curriculum -- at Halloween or in the Spring, on Bat Appreciation Day?

What's the best time of year for a bat theme?

How about countering some of those darker images of bats with one that is cute and cuddly? There are some charming bat toys on the market.

Bring in Some Assistance... and Make a Bat Habitat

Here's a true bat cave! Folks from the Arizona Game and Fish Department have built some extraordinary bat habits.

If you live in Arizona, and own some land, you might want to check this out! (If you live elsewhere, you might still get some ideas.)

Teach a Thematic Unit on Bats

How about a whole unit on bats? You don't have to design it from scratch. As with most themes, there are quite a few resources: some free, some available for $10 or so. I will link to some of the best free bat lesson plan collections below.

This resource book is from a line I know well. The thematic units are organized around two works of literature. In this case it's that well-loved picture book, Stellaluna,, plus a kid-friendly nonfiction book, Zipping, Zapping, Zooming Bats.