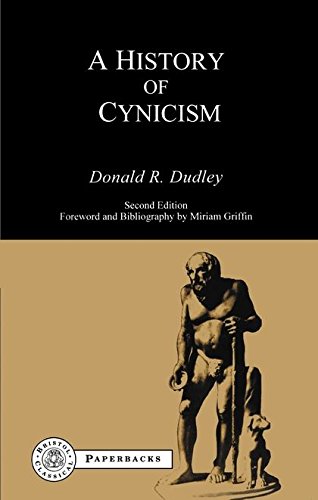 History of Cynicism: From Diogenes to the Sixth Century A.D. (BCPaperbacks)
Buy Now

Bion was a Greek philosopher of the 3rd century B.C. He is best known for his Diatribae, a satirical work expounding the philosophy of "hedonistic Cynicism," which contended that the life of a Cynic, one who scoffed at all prevailing beliefs and conventions, was a happy and pleasurable one.

Only fragments of Bion's works are extant, but it is probable that he was an atheist because he is mentioned in contemporary sources as regarding all questions about the nature of the gods as unimportant.

According to the account of the Greek biographer Diogenes Laertius, Bion was the slave of a rhetorician who made him his heir.

He studied philosophy at Athens, first under Crates of the Cynic school, then with Theodorus, who was called the Atheist. Bion died at Chalcis, in Euboea.