As the book world weens its way from paper to digital, more and more people are seeking instruction on hand bookbinding. Whether to repair books in the home library, to create sketchbooks and journals more inexpensively, or to give as gifts. In searching for online sources, easily available to my students, I've collected a number of links, videos, and tutorials to help the beginning bookbinder.

As the Internet is ever changing, please let me know whenever a link ceases to work. I will try to update with new resources when possible.

Parts of a Book

Bookbinding, like any trade, has its own language and set of tools. This can be somewhat intimidating to the newcomer, so I'm including a small glossary of terms and tools to get you started:

ACCORDION FOLD: A method of folding a sheet of paper, first to the right and then to the left, so that the sheet opens and closes in the manner of an accordion. Also called concertina fold, or zig-zag fold.

AWL: A pointed tool used to pierce holes in paper for sewing or for punching holes in book boards.

BEE'S WAX: wax used to coat linen sewing thread. This prevents the thread from slipping and sliding within the binding and provides for less wear and tear on a book.

BINDER'S BOARD: also called Book Board, Davey Board, or simply "boards". Used as the covering for hard back/case bound books. (looks like chip board or cardboard)

BOOK BLOCK: the guts of the book, usually consisting of the text block and end papers (everything but the covers).

CASE BINDNG: type of bookbinding in which the covers of the book are made separately from the book block and later attached to it by gluing the end papers of the text block to the inside of the cover boards.

CHAIN STITCH: also called a Kettle Stitch. A stitch in a sewn binding that resembles the links of a chain. Ornamental.

COPTIC BINDING: this refers to an historic style of binding which usually uses a chain or kettle type stitch.

CORDS: generally cotton, hemp, linen, or silk. Cords extend across the spine side of the text block and are used in sewing the book block together. They can either be sunk into saw cuts in the sections, (called RECESSED), or they can rest against the sections (called RAISED).

ENDPAPERS: two or more leaves placed in the front and back of a book between its covers and text block. The endpaper unit is made up of the PASTEDOWN and the WASTE SHEET or FLYLEAF. This is usually made up of decorative papers (ie marbled).

FLY LEAF: the portion of the End Papers that is not glued to the inner cover.

FOLIO: The book size resulting from folding a sheet one time, giving leaves half the size of the sheet.

FORE EDGE: sometimes called the FRONT EDGE. The edge of the book opposite the spine.

HEAD: the top edge of the book

HEADBAND: in modern books, this is a decorative element found at the head and tail of a book, sandwiched between the book block and spine. Historically, these were sewn into the book to give added strength to the spine.

KETTLE STITCH: The stitch made near the head and tail of a book sewn on tapes or cords, and which holds the sections (other than the first and last) together.

NON-SEWN BINDING: a binding in which adhesive is used rather than sewing. (ADHESIVE BINDING)

POLYVINYL ACETATE: (PVA) a white or clear glue made of vinyl resin that is easy to dilute & spread, and is resistant to mold & mildew.

ROUNDING: The process of molding the spine of a text block into an arc of approximately one-third of a circle, which in the process produces the characteristic concave fore edge of the book. Rounding takes place after the spine has been given a light coat of adhesive, and is accomplished by means of light hammering along the spine with a round-headed hammer.

SIGNATURE: folded sections of paper in which 2, 4, or 8 pages are tucked into one another.

SPINE: 1. The collective fold-areas sections of a gathered book after sewing. Sometimes called "back." 2. That part of the covering material of a book which covers the folds of the sections of a book and which is the part usually visible as it stands on the shelf. It generally bears the title, author.

TAIL: The lower or bottom edge of a book.

TEXT BLOCK: The body of a book.

Peter Baumgartner of Papierdesign in Germany has created a series of 6 video tutorials on bookbinding. Baumgartner goes over how to make a rounded back, hardcover book using a sewn tape technique. The process is laid out for you step by step and is easy to follow. He doesn't really go over the supplies he's using, so if you're new to bookbinding you may want to refer back to the materials & definitions portion of this page.

Update: Baumgartner has moved his videos to http://www.mindbites.com/series/1099-bookbinding and allows you to preview the series for free. The entire series is now available for $9.90 via paypal. (Having seen the entire series before he removed them from YouTube, and considering other video tutorials are three to ten times as much, I'd say it's a well worth the price.)

Where to buy bookbinding supplies 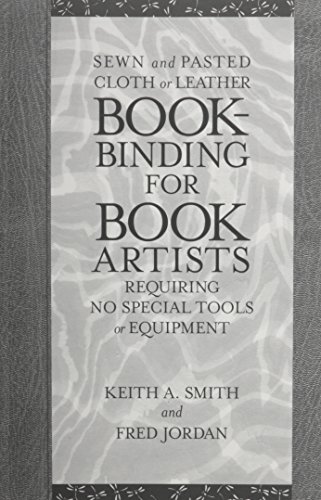 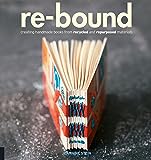 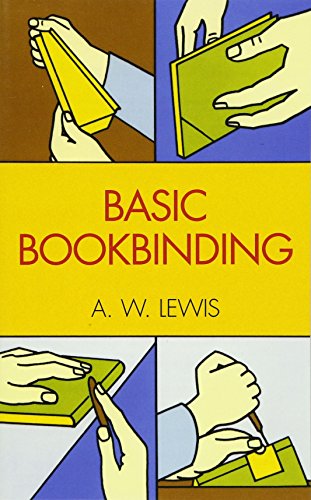