Was the Civil War Worth the Cost?

A revised version of this essay is included in the recently published, second edition of my (Freeway Flyer/Paul Swendson) American history book.

Opening song from "Gods and Generals" 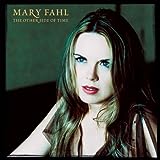 Was the Civil War Worth the Cost?

620,000 Americans died in the United States’ only Civil War, and another 400,000 were wounded. These numbers in themselves are difficult for Americans to wrap their minds around. But when you consider the fact that there were approximately 32 million people living in the United States when the war began, the casualties become even more unimaginable. Today, just the population of California is significantly higher than 32 million. Can you imagine a war in which there were one million casualties in California alone?

So whose fault was it? If you can still find Americans aware that there was a Civil War, I imagine that the majority of these respondents would view the South as the “bad guy.” Eleven Southern states, after all, “started it” by committing treason against the United States and attempting to form a separate country. Also, typical explanations for the causes of the war focus on slavery, and the South in this narrative becomes the evil region defending slavery against Northerners who were (supposedly) against it. Reality, however, is a bit more complicated.

When I cover the Civil War with my history classes, the root cause I keep coming back to is Southern paranoia. Mistakenly, they believed that the North was filled with people who wanted to abolish slavery, and if the North was ever able to gain complete control of the federal government, then they might force the South to change its way of life. The attempt of a radical, white, Northern abolitionist named John Brown to liberate slaves through violent action, and the election of a Republican named Abraham Lincoln who supported policies only advocated by the North, fed into these fears and pushed some Southern states over the edge. The facts that Lincoln clearly stated that he, like most Northerners, was not an abolitionist, and that the majority of Northerners condemned the actions of John Brown, were not enough to extinguish these fears that had been building for some time. Then, like now, political beliefs often had little to do with evidence and reason.

One could just as easily, however, blame the North for the war. The South, after all, wanted to leave the Union peacefully. In their minds, the United States was first and foremost a collection of independent states, and these individual states had the right to withdraw from the Union at the time of their choosing. Southern states were simply asserting the same right as the British colonies when they formed the United States in the first place. The North, of course, viewed the nation as a Union first, so the decision was made to invade the South and put down this rebellion. At that point, the war truly started.

But what if the North had made a different decision? They could have told the Southern states to just go ahead and leave. Hundreds of thousands of people could have avoided death, maiming, and psychological damage. Families who lost loved ones could have kept their husbands, sons, and brothers. All of that money poured into military supplies could have been saved. (Mississippi and California would no longer have to share the same country.) President Lincoln must have spent many sleepless nights wondering if he and the Congress had made the correct decision. Given the fact that he was a man inclined toward intense mood swings, his job must have been agonizing.

Of course, if the North had made a different decision, it is hard to predict how American history would have played itself out over the past 148 years. Some would argue that conflict was going to happen eventually even if the Southern states were allowed to secede. Much of the tension that led to the war was caused by decades of competition over the western territories. For political, social, and economic reasons, each region saw expansion as vital to its interests. The addition of each new state would give one region or the other more representation in Congress and electoral votes for president. But even more than this, the debate over the expansion of slavery reflected each region’s competing visions for the future of the west. The South had visions of plantations, cotton fields, and slave labor; the North saw a future of family farms, businesses, factories, towns, and wage labor. While framed generally as a debate about slavery, it was really a competition between different ways of life. And wherever slavery went, it was assumed that the Southern way of life would follow. So if the United States was split into two nations, how would they divide the undeveloped lands in the southwest, Great Plains, and Rocky Mountains? Would the United States and the Confederacy peacefully draw a line down the middle, or would they compete in a land grab that might ultimately lead to war?

Also, what would happen the next time that a state or group of states had a gripe about a federal policy? If Southern states were allowed to separate peacefully from the Union, then a legal precedent would be set. It is possible, therefore, that our currently large country with many regional differences would have ultimately been carved up into multiple smaller nations. A map of North America today might resemble that of Europe. I wonder if California would still be in the Union. If any state seems like a candidate for secession, it would be my home state. Much of the rest of the country thinks that we are nuts anyway. Plus, we have Disneyland, Hollywood, Silicon Valley, redwoods, wine country, central valley farms, plenty of marijuana, a hell of a lot of beachfront property, and one of the largest economies in the world. As an independent nation, California could also solve its fiscal problems like the federal government: by cranking our more currency and borrowing until the end of time. I better stop this line of reasoning. People might think that I am some sort of a “Californiaist” revolutionary.

Last but not least, how long would slavery have continued if the South were allowed to secede? In order to win the war, save the Union, and prevent future conflicts, the North eventually took the drastic step of freeing the slaves. If the South had never seceded and triggered the Northern invasion, then slavery would have stayed intact indefinitely. When you consider the fact that the post-Civil War system of segregation lasted until the early 1960s, you must conclude that if the South were left to itself, then slavery would have lingered for some time. Today, almost fifty years after the Civil Rights Movement, the lingering effects of our nation’s legacy of racism are all around us. Imagine the conditions faced by African-Americans today if slavery was a much more recent phenomenon.

It’s fun for historians to speculate about what might have been. But unless someone invents a time machine and goes back to mess with the past, we will never know how different decisions might have played out. So we are left with speculating about and ultimately shaping our future. And as I look to the future, I wonder what it would take for Americans to endure the kinds of sacrifices made by people of the Civil War era. What cause would we consider righteous enough to sacrifice hundreds of thousands of our fellow Americans in a war?

Clearly, the United States government from the start has not been convinced that the majority Americans are willing to make significant sacrifices in the “War on Terror.” Apparently, they are worried that we do not see the cause as adequately vital to our survival or righteous enough to pay even a moderate price. Taxes have been kept historically low, especially relative to past times of war. Few politicians would even consider the possibility of reinstituting a draft. It has been politically easier to add more than a trillion dollars to our national debt and to squeeze the volunteer soldiers (and their families) to the breaking point. Yet even as they have tried to shield most Americans from the cost, it was not long before many of our citizens were fed up with the conflicts in Iraq and Afghanistan. Many others were apathetic from the start, content with living their lives as if our nation was not at war. So those who want Americans to wake up from their apathetic slumber should make a simple demand: the government must ask Americans to share more fully in the costs. The Civil War generation sure the hell did, and we have been living with the consequences ever since.