The celebrated Greek cynic philosopher who is said to have lived in a tub, wearing the coarsest clothing and living on the plainest food. Many of his sayings have been preseved, and serve for occasional quotation. 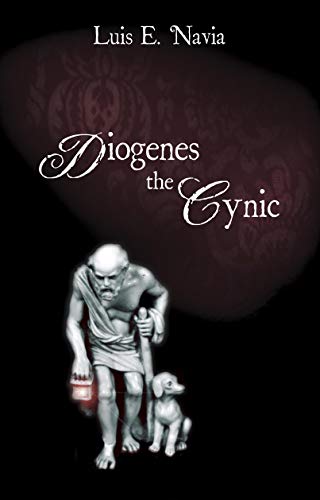 Diogenes The Cynic: The War Against The World
Buy Now

Diogenes was born in Sinope, in Pontus, an Ionian Greek colony on the Southern Shores of the Black Sea (present-day Turkey).

His father, Icesias, a banker, was convicted of debasing the coinage, and Diogenes, being implicated in the matter, was obliged to leave Sinope.He traveled to Athens, where he convinced the Cynic philosopher Antisthenes to take him as a disciple. Diogenes then plunged into a life of austerity and self-mortification. He wore coarse clothing, ate the plainest food, and accepted relief from the Athenians. He slept on bare ground, in the open streets, or under porticoes. His eccentric life did not, however, lose him respect of the Athenians, who admired his contempt of comfort.Practical good was the chief aim of his philosophy; and he did not conceal his disdain for literature and the fine arts. He laughed at men of letters for reading the sufferings of Odysseus while neglecting their own, and at orators who studied how to enforce truth but not how to practice it.On a voyage to Aegina he was seized by pirates and carried to Crete, where he was sold as a slave.When asked what business he was proficient in, he answered, "In commanding." He was purchased by a certain Xeniades of Corinth, who recognized his worth, set him free, and made him tutor to his children.

According to a popular story, on one occasion Diogenes had an interview with Alexander III, King of Macedonia. The king opened the conversation with "I am Alexander the Great", and the philosopher answered, "And I am Diogenes the Cynic".

Alexander then asked him in what way he could serve him. "You can stand out of the sunshine," the philosopher replied. Alexander is said to have been so struck with the Cynic's self-possession that he went away remaking, "If I were not Alexander, I would wish to be Diogenes."Diogenes died at Corinth, according to tradition, on the same day as Alexander.

The Cynic sect of Greek philosophers who rejected the values of civilisation, living the simplest, barest existence. According to popular legend, he made his home in a barrel.

The name of the sect came from the ancient Greek word kunos, meaning 'dog', because of the lowly style of life that Diogenes adopted, shunning social conventions as contrary to nature. The present meaning of the word 'cynic' developed from this general scorn for mankind.