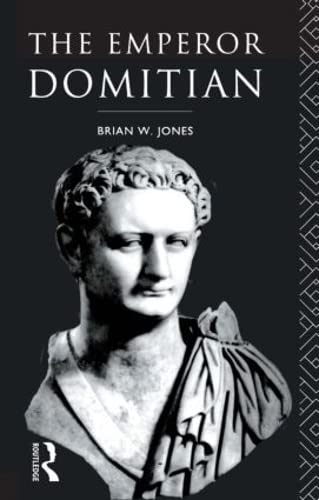 Domitian began his reign with an earnest attempt to stem the tide of immorality at Rome. He reorganised the government of the provinces and erected some fine buildings in the city. During his reign the conquest of Britain was completed by Agricola, and he began that consolidation of the Rhine-Danube frontier which was carried out over the next 60 years.

Early in his reign, Domitian established himself as an autocrat, demanding undue honours and deference, which appalled the Senate. His despotism was inflamed by the revolt of Antoninus Saturninus in Germany in 89. Determined to destroy any challenge to his rule, he launched a reign of terror against the nobility.

The bitter legacy of this period is reflected in the bias against the imperial system of the historian Tacitus, who lived through Domitian's reign.

He executed many wealthy citizens to obtain their property. Unsuccessful as a military leader, Domitian became envious of Agricola's victories in Britain and recalled the general to Rome in 84 AD. Toward the end of his reign, Domitian increased his persecutions. He exiled Epictetus and other philosophers from Rome and in AD 93 persecuted Christians and Jews.

In constant fear of assassination, he put to death members of his own family and many of his most illustrious subjects.

Despite his tyrannical rule, his administration was, in fact, quite productive. He completed the rebuilding of Rome begun after the great fire of 80 and repaired several temples.

He also improved the water supply, kept the people happy with circuses and largesse and increased the pay for the army. He effectively secured the northern frontier in Britain, subdued rebellious tribesmen in Africa and established some order in the Middle Danube region, where Sarmatians and Dacians were threatening the borders.

But his successes in the field were not enough to counteract the effect of his autocratic rule, and a group of conspirators in fear of their lives, including his wife, Domitia, had him murdered.

He died in Rome, 18th September 96 AD. He was succeeded by the elderly senator Nerva.