Will the Tomb of the First Emperor of China Ever Be Excavated?

Cynthia has a degree in History and Business Economics. She loves archaeology and would happily spend every holiday exploring ancient sites

All across our planet lie the remnants of ancient civilisations; towns, temples and tombs that have been buried for centuries or have crumbled into ruins. Many of these ancient sites have yielded great discoveries and fabulous treasures that have greatly enhanced our knowledge of our distant past and graced us with many beautiful works of art.

Yet potentially one of the richest and largest tombs from antiquity that of the First Emperor of a unified China, Qin Shi Huang, lies undisturbed in central China. Its location is known and excavations have been going on in the areas surrounding the tomb for four decades, so why have archaeologists not opened up and explored what could be one of the biggest archaeological discoveries of all time? Are there valid scientific reasons for this delay or is it something more sinister?

For like all good tombs of powerful, ancient rulers this one has a curse attached. One that is designed to deter would-be tomb robbers and treasure hunters, for legend has it that whoever breaks into this royal mausoleum will cause their own government or ruler to lose power, bringing in a new regime and way of doing things.

The decision to open the First Emperor’s tomb lies with the Chinese Government, but they have shown no signs of agreeing to the excavations being started. So is this hesitancy to start exploring the vast tomb complex, which reputedly has lain undisturbed for two millennia, due to a natural reluctance to risk the stability of their regime and country or are there more valid practical and scientific reasons why excavation has not commenced?

In a culture where the ancestors are revered and honoured, the ruler who brought the six warring kingdoms of China together in 221 BC to form a unified Chinese empire is still thought of with great respect and reverence.

However, he was also greatly feared during his lifetime and many are still wary about disturbing the final rest of such a merciless, despotic ruler. Qin Shi Huang ruled the kingdom of Qin from 246 BC to 221 BC, before uniting the country and ruling as emperor for nine years.

Before the unification each of the six Warring States had their own culture, beliefs, language and writing, but as soon as he took power the First Emperor undertook ruthless reforms to create uniformity across his new empire.

He started many new building projects that included a series of roads that linked the far-flung outposts of the empire and the first Great Wall of China to keep out the barbarian hordes of the north. Many workmen lost their lives working on these construction projects as they were brutally treated and worked until they collapsed with exhaustion or disease.

Qin Shi Huang also introduced a policy known as ‘burning of books and burying of scholars’, where any book that contained ideas or beliefs that were not approved of by the state were burned and hundreds of scholars whose views opposed that of the new regime were killed, many by literally being buried alive.

Although the First Emperor achieved his goal of homogenising the newly united Chinese empire, the loss of knowledge, tradition and expertise caused by this destruction was incalculable, especially in topics such as history where Qin Shi Huang demanded that past events be interpreted only as he wanted them to be. 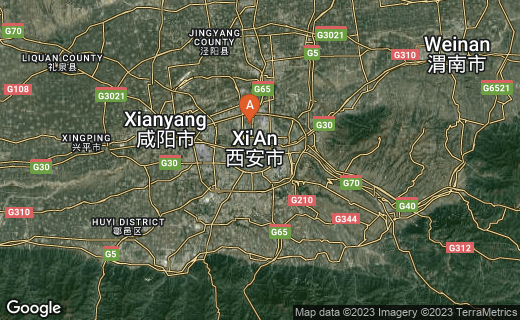 But the biggest building project and investment of manpower that the First Emperor committed to was the construction of his vast mausoleum complex. Qin Shi Huang was a man who was obsessed with immortality.

He wanted to guarantee that he would live forever, so he could enjoy the same imperial privileges and levels of wealth, power and prestige for all of eternity. He spent much time and money exploring the secrets of eternal life and employed many alchemists and scholars to create an elixir of life for him.

The penalties for their inevitable failure were severe and many of them lost their lives when they failed to further their emperor’s quest for immortality. Ironically, some scholars believe that it was this very obsession with immortality that shortened the First Emperor’s life, as many of the potions and elixirs he experimented with could well have contained harmful, even poisonous, ingredients.

Emperor Qin Shi Huang planned his tomb to be an underground replica of the palace and city he lived in during life with all the facilities, servants, warriors, concubines, luxuries and treasures he would ever need to enjoy the afterlife. It would take 38 years to build the complex and his actual tomb was buried under a 75ft high mound of earth landscaped and planted with trees to make it look like a natural feature of the scenery.

Luckily for modern scholars, ancient writers recorded descriptions of the layout of the tomb and the spectacular funerary equipment it contained. In ‘Records of the Grand Historian’, Sima Qian described how moats filled with mercury flowed through the tomb to represent China’s great rivers and the shining ocean, powered by a special mechanism to keep them moving forever.

He also said the ceiling of the burial chamber was studded with precious pearls as the stars and that the chambers and passages were lit by perpetually burning candles made from fish oil. As well as the curse to protect it, the tomb was also said to be littered with booby traps that would fire cross bows at any unwary trespassers intent on disturbing the First Emperor’s final rest.

These ancient historians also boasted that over 700,000 workmen were employed in this gargantuan construction project, although work was brought to a standstill at one point as the workers were sent to help suppress a peasant rebellion that had broken out in another part of the empire.

Many of these workers and craftsmen also lost their lives to their Emperor’s bid for eternal life, as archaeologists discovered when they unearthed mass burial pits to the west of the tomb mound that contained their bodies.

The First Emperor, however, also needed servants, warriors, entertainers, concubines and courtiers to accompany him in the afterlife. It is said that the First Emperor’s successor, his son Hu Hai, had all of his father’s concubines who had not borne him a son entombed in the burial chamber with him to keep him entertained.

Hu Hai also realised that it would be imprudent to let the craftsmen who knew the secrets of the inner parts of the tomb go free, as they might come back and rob it. So he allegedly trapped them as they were leaving after the funeral by closing the inner gate behind them and then sealing the outer gate, leaving them to perish. But Qin Shi Huang needed a vast entourage to support him and an entire army to protect his mortal remains, so his advisors had to come up with another solution.

In 1974 farmers were digging wells near Xian when they brought to light a complete army of life-size terracotta soldiers that had been buried in a huge pit in the ground, waiting to spring into life to defend their ruler. Around 2,000 of these terracotta warriors have been found so far, but archaeologists working on the project believe there are several other pits to be found and possibly as many as 8,000 figures in total.

There are foot soldiers and cavalrymen, and each of the clay figures has individual facial features, hair styles, armour and weaponry. The excavations and conservation work has been going on for forty years already, but the experts believe that there are still decades more work to be done. Terracotta figures of imperial administrators, courtiers, musicians, acrobats and entertainers have also been found, along with pits containing bronze chariots and horses.

An imperial pleasure park has been excavated that was found to be populated with bronze ducks, swans, cranes and bands of musicians. The First Emperor even had a replica imperial stables that contained the bodies of real horses each attended by a terracotta groom.

But although so much of the mausoleum complex has been explored and excavated, the actual tomb mound of the Qin Shi Huang still lies undisturbed by archaeologists and, hopefully, by tomb robbers.

So what could be the reason for the Chinese government’s reluctance?

Why Do You Think the First Emperor's Tomb Has Not Been Opened?

In 1987 the mausoleum complex of Qin Shi Huang, including the terracotta army and the tomb mound, was declared a World Heritage Site. This is an ancient site that is incredibly important in world history and still has a lot to reveal about ancient Chinese culture.

So who knows when the Chinese government will give permission for the tomb to be entered for the first time since it was sealed after the First Emperor’s lavish funeral rites? Also, will we ever know whether it is fear of the curse and risking the ire of a ruler who was ruthless and tyrannical during his life that is preventing it from going ahead, or altogether more practical, prosaic reasons? What do you think?