Being informed about customs and tradition is the only way future generations’ will ensure that our history does not become extinct...

The Eyo festival also known as the Adamu Orisha Play is a popular Yoruba carnival that is unique to Lagos State in Nigeria.

Its origins are found back in the olden days of strict secret societies when the festival was held to escort the soul of departed Oba’s (kings) of Lagos and to usher in a new one.

The cultural festival which always attracts all Lagos Island natives including people from across Nigeria and international visitors from all over the world is also held to venerate the passing away of illustrious sons and daughters of the city of Lagos who have been esteemed custodians of its heritage, customs, history, and culture.

These revered people may have passed on, but they are still recognized as honourable Lagos indigenes that had contributed in no small measure, though in many diverse ways; to the advancement of the city of Lagos and its people.

It is widely believed in many quarters that the Eyo festival in Lagos is one of the “manifestations of the customary African revelry that serves as the forerunner of the modern carnival in Brazil, South America”

In modern times, Eyo is presented by the people and government of Lagos State as a tourist event, and due to its antecedents is traditionally performed only on the Lagos Island.

Why This Historical Event Serves as Tourist Attraction

Many events that are deep-rooted in tradition hold many in awe.

Perhaps it’s because of their historical nature and the story that’s always behind such events. It can also be because the traditional events are always full of pomp, pageantry, and gaiety with a splendid and theatrical display of colourful costumes, regalia, music, acrobatic displays, and dancing, just as it was done centuries ago.

However, the fact that the cultural festival has evolved over three hundred years and is held for a number of established reasons is enough reasons to categorise this event as a tourist attraction.

Costumes and Regalia of the Eyo Masquerades

The 'Voice' of The Eyo Masquerade

When and Why Do the Events Hold?

The Eyo cultural display festival was and still is a special show that not only honours the dead. There are other symbolic reasons behind the festival which doesn’t hold on any particular date except when the need arises.

Highlights of the Adamu Orisha Play

The Adamu Orisha Play (Eyo festival) is claimed to be the primary arts and culture and involves a weeklong series of activities that always ends on a Saturday with an awesome procession and display of masquerades.

Masquerades are clad in brilliant white robes called Agbada', with laced veils made from aso-oke (a native cotton cloth) draped over their heads to conceal their identity.

This costume is topped with exceptionally colourful headgear - wide brimmed hats. Each masquerade holds a staff called the Opambata which symbolizes authority and serves either as a 'tapping staff' to bless observers and tourists alike or a 'spanking tool' to chastise them for breaking the rules.

These rules must be adhered to on the festival day, both on the streets during the Eyos’ procession and at the Tafawa Balewa Square, where they eventually converge to entertain the teeming guests.

The masquerades are known to smack people really hard with their staff (Opambata) if they sight offenders.

Eyo Festival in the 21st Century

The festival continues to showcase Lagos State particularly, Nigeria in general and Africa as a whole. It tells the world that the city of Lagos even with its diverse culture and ways of life has people that are friendly, accommodating, receptive and culturally aware.

Today's Eyo festival wears a more corporate look and that is good for the tourism industry. It has created a more holistic approach and a better reflection of the festivities of the play. 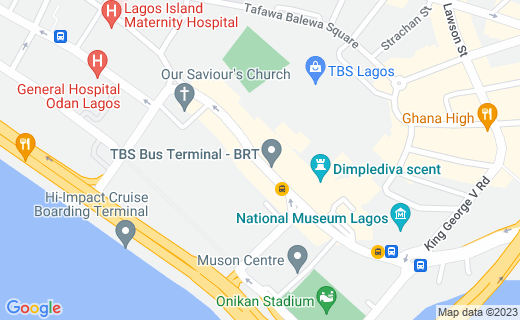 Through far-reaching branding and promoting, Lagos State Government - thanks to the broad-minded progressiveness and wise foresight of the immediate past Governor, Babatunde Raji Fashola (now a Minister of the Federal Republic of Nigeria), now goes all-the-way in giving full support to the traditional fiesta by helping in no small measure to enable its planning and organisation logistics.

And now, unlike in the past centuries where the carnival was only sighted at Idumota, at the Oba’s Palace, and on the streets of Lagos along the masquerades route, a central venue, the old Lagos Race Course (now Tafawa Balewa Square) is now designated for the final convergence of the Eyo masquerades of all the different conclaves.

With music and dancing, beautiful array of colours, merriment and an electrified excitement in the air, many more people asides the locals, including other Nigerians from other states, tourists, and international visitors can witness the Eyo festival and see a great parade of a timeless tradition of the Lagos Island inhabitants.