Floods in the UK

East of England's flood defences are tested again but how does it work?

Earith Bridge is a main crossing point in north Cambridgeshire and is often closed due to controlled flooding. This can lead to quite lengthy detours and property damage.

Flooding is not uncommon in many parts of Britain and the Eastern region has extensive flood protection systems. Although there appears to have been cutbacks in maintenance in recent years. Flooding seems to be on the increase.

East Anglia's weather though, seems to be becoming more unpredictable. Do you know the flood risk where you live. Check the maps below.

The videos above, are from Earith Bridge in Cambridgeshire. The bridge was closed for maintenance and repairs on 1st April 2013 and has since reopened.

It is closed again. December 2014 and no doubt will be closed soon as we are having some heavy rain. Summer 2015.

Storm Ciara hits in 2020 with torrential rain and 90 mph winds.

Severe flood warnings are in effect.

The video shows the river rising fast. The risk of extensive flooding in the region is high under these conditions. Flash floods can develop quickly.

The sheer volume of water moving through this area has to go somewhere.The Environment Agency manages these sudden increases in flood water by filling the surrounding fields. 'The Washes'.

However, when the surrounding land is already saturated, and the washes are almost full to overflowing. There is nowhere for this excess water to go. Extensive floods under these conditions are inevitable.

Flood Map where do you live

The level of the above river is usually a couple of meters lower. With one of the wettest summers and autumns on record things are not looking very promising.

What is a flood plain and why are we still building houses on them. Is your home in a high risk area. These are questions, we should all know the answer too.

The odd thing about flooding, is that one of the first things to be affected is the availability of clean drinking water.

Crossing the Fens recently. It was apparent that the water levels were very high and rising.

Building on Fenland has always had risks attached to them, as the fens are predominantly below sea level. The fear has been that the sea, will breach coastal defenses.

What has sometimes been overlooked, is the rainfall on areas that are below sea level and other low lying points in the geology. Water with nowhere to run too will gather in the lowest lying area.

The East Anglia region relies on a series of dispersal methods and pumping stations to pump the area clear of excess water. Whilst major flooding in fenland has been relatively rare in the past, considering the geology. When it does happen, it can be catastrophic.

This part of Britain, is in the main below sea level. It has been inhabited for 1000's of years and many ancient artifacts have been found in the peat deposits.

Peat is a great preservative. Whole intact wooden boats, small communal dwellings and even primitive timber bridges have been uncovered over the years. These artifacts show a long period of human habitation and how we lived in the region.

The area was largely swampland or more poetically wetlands. It still retains vast areas of wetlands for example the Norfolk Broads is an intricate river system when viewed from above. At ground level it resembles the Okavango Delta in Botswana, full of bulrushes. It is one massive flood plain.

It is an area of outstanding natural beauty and of site of special scientific interest.(SSSI) It is protected under strict environmental laws

There are many small islands of land above sea level. These have traditionally been used as places to build housing and settlements over the centuries.

These wetlands and fens have systematically been drained over the 400 + years to provide reclaimed land for pasture and farming activities.

As more land has been reclaimed, more people have moved into the area and the demand for housing has increased.

Balloon Flight Over The Floodplains of East Anglia

The geology of the region as mentioned above is below 'mean' sea level. The soil is made up of several different types of materials. Oxford clay, mud-stone, silty mud-stone, siltstone shingle, sand and peat.

Some of these materials are permeable (porous) and some are less so.

When there is heavy or persistent rain, some areas in the region that are made up of these permeable materials allow for the extra water to soak away into the porous rock in the ground, this is known as an aquifer.

Less permeable layers like clay are called aquicludes or aquitards, As they stop water from moving and it can build up.

Areas that do not have this permeable material in the soil, and so do not have the ability, to allow the water to soak in, have the effect of funneling the water onto the next lowest lying level.

This excess water flows as water will, to the lowest point, under the force of gravity. Causing flash floods.

Another aspect of the below sea level issue is peat. As peat bogs are drained. They can shrink, become compressed and become eroded by wind.

So adding to the general lowering of the surrounding land and creating additional low points for water to gather and increase in volume.

There is a recording post in Holme Fen erected in 1851 that shows peat levels are 12 feet lower today than when the post was erected.

This area had been drained and peat has been extracted for 200 years 'prior' to the installation of this recording post.

Why Do Floods Happen

As this water gathers momentum it can produce flash floods. The defenses, include the ability to allow for the controlled dispersal of the excess water, into open fields in low lying areas.

Large parts of East Anglia are flood plains. Do you know the risk factors where you live. Do you know what a severe risk warning sign looks like?

The idea is brilliant in it's simplicity. Two banks of earth and other materials enclose these two rivers

These are known as the washes. On the River Nene and the Great River Ouse. Between the two river embankments are wide strips of grassland stretching for 10's of miles. When tides are high combined with heavy rain, and the rivers are in full bore.

They are allowed to over-top the banks and flow into this central strip of land (the washes) In so doing they perform two functions. Firstly they act as a defense for a 112 square miles of rich farmland further upriver and act as a huge water storage system.

Like most things that work well over time. It is as simple as it is effective.

In addition, an extensive pumping system has been developed over time, designed to distribute the excess water to other outfall areas.

Developing the Nene Washes, allows excess water in the River Nene to pass through the city of Peterborough by being diverted into these washes, during high tide, where it can stay until the ebb tide.

Sometimes, these too may become prone to higher risk, so high powered pumps are available to shift some of the excess water, away from the washes, to other storage areas.

The Environment Agency has responsibility for these defenses. Their preparations and risk assessments are based on the concept of a 1 in 100 year event. In other words. A situation that would only occur once in one hundred years.

The 1998 inundation of the River Great Ouse, Alconbury Brook and the River Kym caused extensive damage to over 600 buildings, 9000 hectares of farmland were inundated, and major disruption caused to gas and electricity supplies.

The above major event led to a review of defenses to consider several new factors including climate change, land shrinkage, increased run off and housing development.

So how often does it happen? Quite a lot it would appear. But it usually goes unnoticed due to elaborate systems of water management and control. How often do we have hose pipe bans? Every year now it seems.

The reasons are twofold. Partly because we have insufficient storage facilities, and from the loss of water from broken and leaking water pipes. It is estimated that 3.5 billion litres of water are lost daily.

Chronology of flooding events in the Fenland area of East Anglia.

Whilst it is reassuring to know, that the Environment Agency has developed extensive systems to deal with these extremes of weather, by utilizing these plains and massive pumping stations. It begs the question.

It appears that this 1 in 100 event would be so catastrophic, that major damage and loss of life would occur. For the 1000's of homes that are destroyed on a semi regular basis.

In the middle of a deluge. isn't It about time that the water companies stopped making excuses and fixed this wasteful, leaking and broken system. There are plenty of people who need work. It's a win win all around.

Do You Live In A Flood Risk Area? 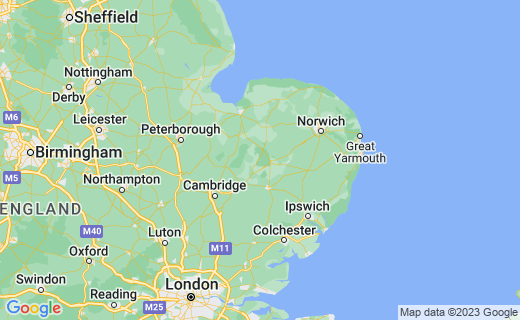