WELCOME TO THE GNOME ZONE

This light-hearted lens is devoted to naughty and nice gnomes not to mention gnomes that roam and those that stay at home.

In a world filled with big beasts and bothersome brutes, it's quite a relief to know that small species still have their place in the hearts and minds of merry men, witty women, and churlish children.

So without further ado, here's a tribute to peculiar pointy-hat people who come in all sorts of shapes and sizes.

The woods, and in particular the hollyfuds, are a wonderful place for vertically-challenged visitors such as gnomes without homes who wish to play about or romp around pretty well anytime of day or night, not to mention spring, summer, winter or fall.

The chronologically-gifted, melanin-impoverished males of this merry-minded munchkin species often wear a red cap, a blue smock, green pants, deerskin boots, and a small tool belt around their waist. (In this manner, they can be easily distinguished from other boy bands such as Robin Hood and His Merry Men). On balmy summer nights, male gnomes often like to smoke their pipes and sit upon toadstools (as opposed to humans who prefer to place their posteriors on pincushions). So, it is advisable to leave toadstools where you find them, otherwise they can't do their marvellous male-bonding ritual. Trust me, you wouldn't want to deprive this good-natured grunt of failing to achieve his proficient puffing potential!

Female gnomes usually wear earthtone garments (to remind them of their rather raptorial role as cute carnivorous creatures, dustbuster divas, or domesticated incarceration survivors). Unfortunately, the brown hue of their togs means that they are occasionally mistaken for a mouthwatering meal (such as a mouse or other small forest animal by hunting owls). To overcome this obvious shortcoming in Darwin's theory of evolution or a clear mix-up in the gene pool run by mischievous male gnomes or power-hungry pucks from other planets, female gnomes often adorn themselves with blossoms or berry-bearing twigs on festive occasions, which is where they earned their rollicking reputation as posh party animals!

Does the "Roaming Gnome" suffer from cabin fever?

The Roaming Gnome knows where to find the merriest masseusses!

FIND A HOME FOR THE GNOMES

This peek-a-boo pixie needs a home, preferably one with a large garden, big trees and no dogs!

This fine wee fellow knows that a bird in the hand is worth more than two in the bush.

ONLY THE GNOME KNOWS: Never put a carrot in front of a horse of a different sort

Not your average numbskull gnome, Nebuchadnezer ventured forth in the comfort to which he had become accustomed (on the back of a hapless hippogriff of a different sort). He soon realized however that maybe a carrot on the end of a stick would not inspire a good deal of giddy-up-and-go from his curious companion whom he hired to help him search for truth, justice and the American way or the treasure at the end of the rainbow (whichever came first).

Well-behaved gnomes do not belch, burp or barf after consuming a bottle of beer, nor do they let loose any Blue Angels in elevators (a smelly sport often engaged in by tranquil-challenged trolls with way too much time on their hands and few bridges to hide under).

All You Ever Wanted To Know Red and Blue Gnomes

Gnomes would never be caught dead with these dim-witted dwarves!

Just because gnomes are merry-minded munchkins doesn't mean they have a penchant for partying with dorks, dweebs or dim-witted dwarves, (all of whom appear to keep the company of freaky folks like the Princess of PMS and the Prince of Put-Up or Shut-Up).

A DITTY ABOUT DWARVES

"There is a fine line between bravery and stupidity."

Guide From A Garden Guru:

Gnomes are very small creatures that live in garden holes. They have leathery skin and large bald heads. To de-gnome a garden, grab the gnome by the ankles, swing it around your head, and then toss it into your neighbor's yard. Hopefully it will transplant itself with ease, find new friends to frazzle, and stay out of your pristine pumpkin and petunia patch forever and ever, amen!

No dear, I don't do magic mushrooms! 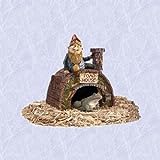 "Gnomes live ten times faster than humans. They're harder to see than a high-speed mouse. That's one reason why most humans hardly ever see them. The other is that humans are very good at not seeing things they know aren't there. And, since sensible humans know that there are no such things as people four inches high, a gnome who doesn't want to be seen probably won't be seen." -- Terry Pratchett

If truth be told, no sightings or encounters with gnomes can be confirmed unless witnessed by two observers. This is the same criteria used by bird watchers. Naturally, this makes mapping their geographical range and their whereabouts extremely difficult since few have agreed to make themselves visible long enough to strap a Global Positioning System device to their legs. Frankly, not too many humans or "Big Birds" for that matter enjoy having a GPS device attached to their legs let alone tracked just to amuse the likes of some sees-all-knows-all scientists or a few feathered-friend watchers.

How to use a gnome to stay home from work:

Here's a list of little-known facts about gnomes who roam and those with homes.

HAVE A HO HO HO HALLOWEEN

Listen up Sweet Cheeks, I'm in charge of the Gnome Zone not the zombies!

And now a word from the Cabin-Fever Cutie!

Some Gnomes Respond Well to R&R - In fact, they love to go with you on vacation!

Set of 3 Gnomes on Tropical Vacation

No, not all gnomes like working in a cold winter workshop at the North Pole!

Some prefer surfing and a sip of their favorite fizzy drink. 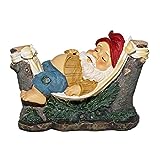 Some gnomes prefer hanging around in a hammock. 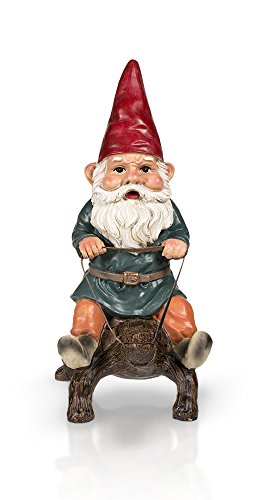 Some gnomes are as happy as clams, but this one prefers to ride a turtle to give him his jollies for the day.

NEVER EVER MESS WITH ME ...

Seasons Greetings from the Roaming Gnome (who just waltzed off with your scrumptiously decorated tree when you weren't looking!)

What would you name this garden gnome?

A terrific tome to start your library on the little people.

Secrets of the Gnomes

For those who are bored with "Victoria's Secrets". 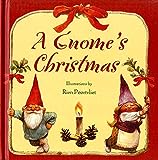 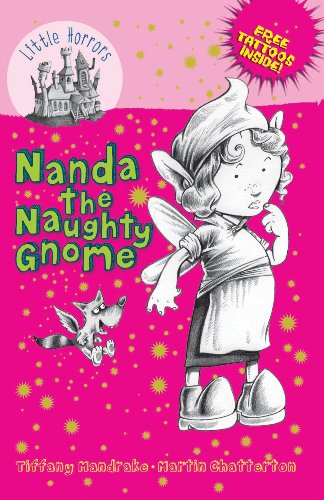 A new book for those who adore naughty gnomes.

Feedback from Fun-loving Fairy Folk - Have you ever taken your garden gnome on a vacation, and if so where?