Information about the latest lawsuit filed by the City of Santa Monica against Godline, Int. on November 1, 2011, can be found at the bottom of the article.

If you purchased a product through Goldline International Inc. on or after July 20, 2006, you may be eligible to participate in a class-action lawsuit filed on July 20, 2010 by Craft Hughes Law in order to recover from economic losses suffered by purchasing gold through Goldline. Additionally, both the county of Los Angeles and Santa Monica are accepting complaints against the company, and congress launched a formal investigation into Goldline’s deceptive practices, spearheaded by Congressman Anthony Weiner of New York’s 9th District.

The class-action lawsuit alleges that Goldline International is in violation of the Racketeer Influenced and Corrupt Organizations Act and used unfair and deceptive trade practices to lure people into purchasing its gold products, namely, gold collectable coins.

***In November of 2010, this lawsuit was dismissed, and any claims against Goldline must go through Goldline's arbitration. The link to this information can be found here at the bottom of the court document. (Thanks to hubber charlescarreon for pointing this out.)****

Be Afraid! Be Very Afraid!

Goldline sponsors many of the conservative talk shows on Fox News and pays talk-show hosts to entice people into investing in gold, by banking on viewers’ fears of the state of the economy, a possible collapse of the federal government, and informing viewers that the government may confiscate all of their belongings including their gold, with the exception of gold collectable coins, of course.

Included in the lawsuit are several quotes from paid spokespeople for Goldline International, including Glenn Beck, Dennis Miller, and one-time presidential candidates Mike Huckabee and Fred Thompson. The following are two quotes in the lawsuit made by conservative hero Glenn Beck.

“We could be facing recession, depression or collapse. Nothing left!.. I like to call it the three G system here for this, its God, Gold and Guns.”

“If you have the money to buy it, protect yourself from an out of control government with gold.”

After television viewers have listened to the ranting and raving of conservative talk-show hosts telling them to be afraid of our government, finishing up with the forceful urgings to purchase gold to protect themselves, viewers find themselves watching commercials for Goldline.

After placing a phone call to Goldline to inquire about purchasing gold, the callers will find that they are speaking with salespeople and telemarketers claiming to be financial advisors and/or investment advisors. Promising that it will buy back the gold, what the telemarketers fail to tell consumers is that the collectable gold coins have been marked up by 90%-208% of the melt-down value of the gold and will be bought back at the market value less a liquidation fee.

The lawsuit also alleges a plaintiff attempted to cancel a transaction one day after making a purchase, but was unable to reach anybody, including the associate who made the sale.

While Glenn Beck is no longer a paid spokesperson for Goldline, because Fox News states it suddenly violates its rules, Glenn Beck continues to inform viewers to invest in gold (without mention of Goldline) prior to airing a Goldline advertisement.

Consumers interested in filing a complaint with Santa Monica County can do so here.

The newest complaint encompasses 19 counts, all of which are misdemeanors—grand theft by false pretenses, false advertising, elder abuse and conspiracy within the past three years—and names former CEO Mark Albarian, current CEO Scott Carter, executives Robert Fazio and Luis Beeli, and salespeople Charles Boratgis and Stephanie Howard in the lawsuit.

Some of the specific complaints include:

--Training salespeople to promise sales of gold bullion with intentions to transfer the customer to a senior salesperson to entice the customer to purchase gold coins instead.

--Training salespeople to frighten customers that the federal government would confiscate gold bullion, but not gold coins.

--Advertising that gold bullion could be purchased through a button on the Goldline, Int. website, but there is no type of “purchase” button. Customers needed to place a phone call and speak with a representative.

--Claiming that European gold coins that Goldline, Int. was offering were rare.

The defendants will be arraigned in the Los Angeles County Superior Court in the first week of January, 2012.

Each offense carries maximum fines ranging for $1000-$10,000, and a maximum penalty of one year in County jail.

Glenn Beck’s official website still includes advertisements of Goldline. The advertisement pictures a smiling Beck and a quote: “The ONLY Gold Company I Recommend and Use.” Beck has not commented on this latest Goldline lawsuit.

Goldline and the City of Santa Monica have reached a $4.5 million dollar settlement, which will be divvied up among 48 consumers who testified.

As part of the settlement, Goldline has admitted no wrong-doing and all criminal charges have been dropped.

Some of the terms of the settlement include: Goldline must follow a script when selling its gold products; disclosing any price mark-ups; giving customers a prompt refund; setting up a new phone number dedicated solely for customer refunds and liquidations; establishing an account for any future claims, and the amount in the fund must contain at least 800K.

Consumers who were not included in the settlement are able to file a claim in order to receive a settlement, although the gold must be returned to the company. Consumers must file a claim at gold.smconsumer.org by May 22, 2012.

What Happens When People Are Afraid 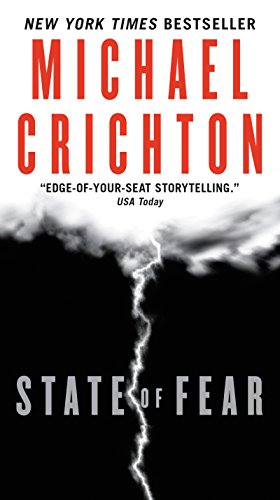 What Happens When People Are Afraid

Under the Dome: A Novel
paperback
Buy Now