What is Google Translate

Google Translate is a free online translation tool that allows users to translate words or even entire web pages into different languages. The Google Translate tool uses a revolutionary statistical analysis algorithm to determine the meaning of words, in context and in relation to the other words next to it.

Google Translate offers a number of useful options that set it apart from other online translation services such as Babelfish or Bing. But you need to understand how Google Translate works in order to get the most out of it.

The first thing to understand is that Google Translate is not a dictionary and it is not, strictly speaking, a translation software. So what is it?

Google Translate uses a radically different approach than other online dictionaries or translators. Most dictionaries, allow you to look up words in another language and provide you with the English definition. Depending on how sophisticated the database is, you may be able to look up different forms of the word (such as the plural) or you may need to know the root word in order to find the definition. Online translators build on this concept by applying a few grammatical rules so that if you type in a sentence in a foreign language it will give you a (somwhat) grammatical English equivalent. The same is also true in reverse: if you want to translate English into another foreign language, other online translators will look up the words and then translate them into their foreign equivalent.

The fundamental weakness of every online language translator prior to Google Translate is that the programs could not for the most part pick the equivalent word that best fits the context, because context was irrelevant to the translated output. Most online translation tools pick the translated word based on its primary meaning, but words can have many different meanings depending on context. So without knowing the context of the original word, the results were often nonsensical.

How Google Translate is Different from Other Translation Tools

Google Translate solves the problem of context by applying statistical analysis. Its database records the most frequent occurrence of certain words based not just in a particular sentence but in the entire web page or block of text being translated.

When faced with the task of translating the word "fire" from English into another language, this could mean "to dismiss someone" or it could be a noun, referring to burning, or it could be a verb meaning to "set fire to something". The context of the word in its original surroundings will determine its most probable meaning. So if the word "fire" is preceeded by the word "set", such as in the phrase "to set fire", Google Translate knows that it is likely referring to making something burn rather than dismissing someone from their employment because the word "set" is never used when referring to a dismissal. It is not clear to what extent Google Translate looks at the greater context of the word but I have noticed that the translated results of various snippets of text are different if they are included in a larger block of text to be translated, which leads me to the conclusion that Google Translate is going beyond the immediate sentence fragment and is also looking at the context of the entire block of text. However, more is not always better and I have noticed that if you include too large a block of text then the results often don't make sense. One paragraph at a time seems to work best. 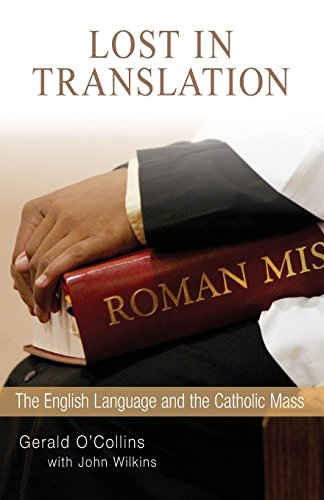 Lost in Translation: The English Language and the Catholic Mass
Buy Now

Although the Google Translator is very good, especially for something that is free and very easy to use, it does have its limitations. This is a list of some of its key weaknesses:

Google translates the passage as follows. Note the last part of the sentence which states that Mesa when to Rome to live with "his" sister. Whose sister? Septimus's sister?

Following accession to the throne in-law of Septimus Severus, the husband of her sister Julia Domna , Mesa moved to Rome to live with his sister.

In fact, Google's translation is not correct. The original Italian text states that after her (Mesa's) sister's husband became Emeperor, Mesa went to live with her sister Julia, not "his sister".

Getting the Most Out of Google Translate

Despite is limitations, Google Translate is an amazingly fast, versatile and mainly accurate translation tool. To get the most out of it, I suggest that you do the following: