Pride Goeth Before a Fall

Greek tragedies often tell of heroes felled by the fatal flaw of hubris, "overweening pride, arrogance, lawless violence." Test yourself on some of these classic tales, then browse my retelling of each myth below!

This is just one of my half-dozen Greek myth quizzes; see links at bottom of page for more.

Discretion would be that part of valor you forgot.

One can't really fault Odysseus for getting his landing party trapped in the cave of Polyphemuos, a one-eyed giant with a taste for human flesh (Odyssey Bk. 11). Greek islands guidebooks generally fail to mention giants. And he did manage to rescue most of his men.

To escape, our hero got Polyphemos drunk on wine, then put out his eye after he fell asleep. Odysseus had sneakily given a false name, so the Cyclops' neighbors would not come running to help when he started bellowing, "Noman is killing me!"

The next morning, Odysseus smuggled his men out by strapping them under the giant's sheep. Yes, sheep. They hustled to the ship and set sail. They would have gotten away safely, if only Odysseus had kept his mouth shut. But he just had to call back to the shore and taunt Polyphemos with his real name.

Bad move. Polyphemos called on his father Poseidon, god of the sea, to punish Odysseus. Poseidon harried the unlucky seafarer all over the Mediterranean for ten years, until he had lost his loot, his fleet, and his crew, before Odysseus finally came home.

Punisher of Pride and Good Fortune

The goddess Nemesis, feared and revered by the Greeks, not only punished hubris, arrogance, and pride.

She was also thought to balance out good fortune with bad. If you were too lucky, Nemesis was liable to bring you down. She could dispense justice with a sword, a whip, or a "wheel of justice," as shown in this Roman-period sculpture.

She was occasionally worshipped side by side with Themis, goddess of justice, and was sometimes considered to be the rival of Tyche, goddess of good fortune.

Her epithet Adrasteia, "inescapable," goes right back to Mycenaean times, when she may have been worshiped as one of the most important goddesses. Temples devoted to the worship of Nemesis lasted until 383 CE, when the emperor Arcadius shut down the last pagan temples.

The Myth of Phaethon, Son of Helios

Taunted as a bastard, young Phaethon set forth to test his mother Klymene's claim that his father was Helios the sun-god. When he reached his father's halls, Helios was overjoyed, and swore to grant the boy any wish in his power. So might a god himself fall prey to hubris.

Phaethon, like any teenaged son, set his heart on one thing: to drive his father's car. Helios, bound by his oath, could not dissuade him.

Phaethon soared; he lost control. Too high: the earth froze, and in some places the ice has not melted yet. Too low: he scorched green earth and created the first deserts, burning the skin of some peoples dark. Zeus heard the laments coming from the earth, drew a bolt and struck the boy dead. Phaethon plummeted. The horses of the sun, wild, ran swiftly back to their stables.

The sisters of Phaethon wept tears over their long-lost brother's body. These tears, Greeks say, are amber's origin.

Here's irony: After their triumphant voyage to the Moon and back, the Apollo 11 astronauts returned to Earth and a ticker-tape parade-- riding in Chrysler Phaetons.

That Next One Is a Doozy

Perhaps it's unfair to accuse Agamemnon of hubris, since his wife led him right into it by laying out the red (or purple) carpet for him upon his return from Troy. At first he hesitated:

"Strew not this purple that shall make each step

An arrogance; such pomp beseems the gods,

Not me. A mortal man to set his foot

On these rich dyes? I hold such pride in fear,

In the end, however, he did just that. Shortly afterwards, "Clytemnestra took an axe, gave her husband..." oh, you get the idea.

Even if his wife tricked him into hubris on that occasion, it was not the first time he had exhibited the flaw. The plot of the Iliad hinges on the hubris of Agamemnon. He insulted a priest of Apollo, demanded and took back Achilles' war-prize, and generally made an ass of himself. And there was one horrific act for which Clytemnestra could not forgive him: Agamemnon had sacrificed their daughter Iphigenia as an offering to the gods in exchange for smooth winds to Troy.

The Myth of Sisyphus

Rolling a Stone for All Eternity

Sispyhos, King of Corinth, wise man and villain, would not stay dead.

Sisyphus was also a tattletale. When Zeus abducted Aegina the nymph, Sisyphus told the pursuing father, "They went that-a-way."

Offended, Zeus sent Thanatos (Death) to collect him. But the wily king caught and chained Death. Hades had to send Ares to free him so people could die again.

Sisyphus had one more trick. Before Death claimed him, he instructed his wife to throw his body into the town square instead of giving him a proper burial. Sisyphus got leave from Hades to return to Earth in order to scold her for disrespecting his corpse. Once he was back in Corinth, Sisyphus stayed until Hermes (a divine trickster) was sent to drag him back down to Hades.

Taking no chances, Hades condemned Sisyphus to roll a huge boulder uphill for all eternity. The kicker? Sisyphus' father Aeolus was one of the underworld's judges!

Achilles Dishonors the Corpse of Hector

All's Fair in Love and War... But That's a Bit Much, Achilles

Achilles, greatest hero of the Greeks at Troy, did no wrong in slaying his opposite number, Hector. He thus avenged the death of his lover Patroclus, slain by Hector in battle.

However, in his grief and anger, Achilles went too far. He stripped the corpse, tied it by the ankles to his chariot, and dragged it around the walls of Troy (Iliad Book 22) and later Patroclus' tomb (Book 24) before the eyes of Hector's horrified wife and parents. This was too much. The gods met in counsel to stop this outrageous act. Zeus dispatched Achilles' mother Thetis to negotiate with him.

This leads to a poignant moment in this brutal tale. Priam, King of Troy and aged father of Achilles, seeks out his son's murderer to beg for Hector's body. Achilles finally relinquishes his wrath and mourns alongside the old man, who reminds him of his father.

Hear This In Ancient Greek 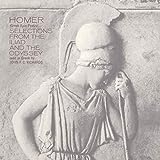 The Iliad: Priam and Achilles (Book XXIV)
Click play on Amazon's listing for this CD to hear these lines.
Buy Now

The Meeting Between Achilles and Priam

"And he spoke and addressed him with winged words:

'Ah, wretch, truly you have borne many evils in your heart.

How did you dare to come among the Achaian's ships,

The Myth of Hippolytus and Aphrodite

Just Say No to Sex -- But Pay the Price

Hippolytus, son of Theseus and the Amazon queen Hippolyta, shared his mother's aversion to sex. Worse, he called Aphrodite a few choice names. It's easy to imagine which.

Euripides' play Hippolytus dramatizes what happened. Aphrodite inspired his mother-in-law Phaedra to fall in love with him, then hang herself and accuse him of trying to rape her with the suicide note.

Theseus, convinced of the crime, banishes his son and prays to Poseidon (by some myths his father) to kill the boy. Poseidon does so, sending a magical bull from the sea to frighten Hippolytus' horses while he drives his chariot near the shore. Only then does Artemis appear to Theseus and reveal the truth. Hippolytus is thus exonerated, at least in Euripides' psychological drama, but the fact remains: his defiance to Aphrodite set in motion his fate, and his proud words to his father during his defense do not help.

Above: "Death of Hippolytus" by Jean-Baptiste Lemoyne the Elder, 1715.

Or at least this is how the Greeks tell the story...

Herodotus the Greek historian, by some later called the "Father of Lies," tells a possibly exaggerated story of KIng Xerxes of Persia, who tried to invade Greece in the footsteps of his father.

Europe and the Near East are divided by the straits of the Hellespont, a narrow neck of water between the Mediterranean and Black Sea. According to Herodotus, King Xerxes not only built a pontoon bridge across the straits for his army, but when a storm wrecked the bridge, Xerxes ordered the sea to be scourged with whips before a replacement bridge was built.

This rash example of hubris makes its way into the first historical drama in western history, Aeschylus' The Persians, where however the story of whipping is absent. During the climax of the play, Darius the father of Xerxes appears as a ghost to lament his son's mad hubris in yoking the Hellespont "like a slave."

Note, however, that despite the Greeks' scruples about this "unnatural" deed of bridging two continents, the Persian empire was at the time an advanced, learned civilization. The recent movie 300 is an exciting blockbuster, but it does not show what either the Spartans or the Persians were actually like.

Above: Relief of King Xerxes in Persepolis. Photo by Jona Lendering, Creative Commons.

The Myth of Orion the Hunter

Artemis' Favorite, But Another Who Went Too Far

Like many classical myths, Orion's life and death comes out differently depending on which source you read.

In Greek myths, Orion really can walk on water, and is apparently a giant: this explains his constellation (right), which cultures the world over interpret as hunter, chief or king.

But how did he get into the sky?

Some tales say that he groped Artemis or assaulted one of her nymphs. Others claim that Artemis had actually fallen in love with him, and her brother Apollo tricked her into shooting Orion.

However, the most common story is that Orion, a follower of Artemis, outraged Mother Earth (Gaia) by boasting that he could slay any living creature that the earth produced. The goddess (whichever goddess she is) sent a scorpion after him to slay him. To this day, Orion sets when Scorpio rises.

The Myth of Pentheus, Grandson of Cadmus

When Dionysos and his wild Maenads arrived at Thebes, promising liberation and joy and (horror of horrors) allowing women worshipers to leave he house in order to celebrate the god, King Pentheus would have none of it. Dionysos was a lady's man and a charlatan, an effeminate dandy. He'd prove it.

King Pentheus' mother Agave was similarly suspicious. She and her sisters insisted that their sister, Semele, had lied about Dionysos' parantage. He was a bastard, not the son of Zeus. Semele's death proved it.

Meanwhile, Dionysos had driven Agave and Semele's sisters insane and turned them into Maenads. When they spotted the spy, they thought he was a lion cub and ripped him to pieces in their insanity.

Euripedes' Bacchai tells the whole story. It's an incredible play of a pitiless god and an arrogant, foolish mortal. My summary doesn't do it justice: go read it.