Household acids and bases we often encounter in our lives. They can be present through food, cleaning fluids, gases, or also in solid form. In some cases, these acids and bases may serve several purposes in the home.

Acidic and basic are two extremes that describe a chemical property chemicals. Mixing acids and bases can cancel out or neutralize their extreme effects. A substance that is neither acidic nor basic is neutral.

The pH scale measures how acidic or basic a substance is. The pH scale ranges from 0 to 14. A pH of 7 is neutral. A pH less than 7 is acidic. A pH greater than 7 is basic.

Acidus, the Latin word of Acid. is recognized for its sour or sharp taste. We know, Acids are produce hydrogen ions when dissolved in water; this activity changes a blue litmus indicator become red. This change in color signifies the acidity of an item or object.

Base is synonymous with basic and alkaline. Bases feel slippery to the touch, and those bases that can be digested by humans have a rather bitter taste. A base turns a litmus indicator blue. Bases are ionic compounds that form hydroxide ions when disassociated in water.

Acids that are commonly found in the home include lemons, grapefruits, vinegar, soda, beer, tomatoes and tomato juice.

Bases or alkaline products that you will typically find in your home are antacids, milk of magnesia, ammonia, drain openers, oven cleaners and detergents.

Manufacturers use many types of acids in industry goods. They use acids and bases in medicines, construction materials, and other goods. Don't forget, Acids and bases also occur naturally in most common food and animal products. You can find acid in citrus fruits, yogurt, wine, and most fermented food and aged cheeses. How about base? Foods include bananas and milk.

Hydrochloric acid, which results from mixing hydrogen chloride and water, is a highly corrosive, strong mineral acid with many industrial uses. It is also naturally found in the human body, for instance in the stomach's gastric acid. According to "Webster's Online Dictionary,'' it is one of seven common strong mineral acids. Among the acids on the list, it is one of the least hazardous to handle.

Hydrochloric acid is a common laboratory reagent and a strong inorganic acid used in many industrial processes. It is also used to produce gelatin and other food additives, in leather processing and household cleaning goods.

Sulfuric acid is a colorless, odorless and viscous liquid with highly corrosive properties. According to the Batteries and Chargers website, it is the largest-volume industrial chemical produced in the world. It often results as a by-product from mining operations.

Many industries use sulfuric acid as a drying agent to chemically remove water from substances including food products. It also figures in the production of dyes, alcohols, plastics, rubber, glue, batteries, drugs, paper, medicines and petroleum products.

Concentrated sulfuric acid mixed with water releases energy enough to heat the mixture to a boil. Sulfuric acid is generally harmful if inhaled or ingested.

Sodium hydroxide, often referred to as lye and caustic soda, is a metallic base popularly used in making paper, textiles, drinking water, soaps, detergents and drain cleaners. This type of base is predominantly ionic. Reacting with acids to form water and certain types of salts, it also has corrosive properties.

Too much exposure to sodium hydroxide, especially in concentrated amounts, is risky. Inhaling it may cause serious sneezing, sore throat and a runny nose; it may also damage the upper respiratory tract and cause severe pneumonitis. If ingested, it may severely burn parts of the digestive system. Prolonged contact with diluted solutions may have destructive effects on tissues, depending on the severity of exposure.

Acids and Bases and You

Acid and Bases on Amazon 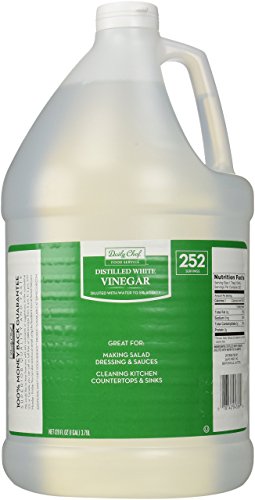 Can you give 10 examples of HOUSEHOLD ACIDS?