Apples are delicious seductive temptresses: They sing to us in pies and tasty apple treats, but apples are more that a favorite fruit. Apples have taken root in our history and language. This page explores the use of apple symbolism in history, language and popular media.

I will concentrate my efforts on uncovering apple symbolism in the following movies and TV series: Snow White and the Seven Dwarfs, Enchanted, Desperate Housewives, and Supernatural. I will also take a brief look at the media giant Apple Inc.

If you still find your self salivating over the imagery than please check out the apple recipe links near the end of the page.

The story: According to Genesis, God gave Adam and Eve a perfect life in the Garden of Eden. They were cast out of the Garden of Eden for partaking in the forbidden fruit that hung on the Tree of Knowledge. They gave up their immortality, and are considered to be the origin of sin.

Popular belief: Though not recorded in the Book of Genesis, it is popular belief that the forbidden fruit was an apple. Popular belief today may have been influenced by renaissance painters who often depicted elements of Greek myth, including the apple, into their biblical paintings.

Apple representation: From the story of Adam and Eve apples become symbolic for knowledge, temptation and the root of all sin.

In Eden, the serpent tempted Eve to eat the fruit of the Tree of Knowledge. She did, and God threw her and Adam out of the garden for it, setting into motion the history of the word. But in acquiring that knowledge Eve did something more. In that single rebellious Aquarian act, she gave birth to a quality far more precious than safety, far more precious even than wisdom. She gave birth to human freedom.

- The Inner Sky: The Dynamic New Astrology for Everyone, by Steven Forrest

The Story: Eris, the goddess of Discord, upset that she had not been invited to the wedding of Peleus and Thetis decided to retaliate for the slight. She tossed a golden apple into the reception with the inscription for the most beautiful one. Three Goddesses saw themselves as most beautiful and claimed the golden apple for themselves. These goddesses were Hera, Athena and Aphrodite. Paris of Troy was selected to pick the recipient of the golden apple. He chose Aphrodite which indirectly cause the Trojan War.

Apple Representation: In Greek myth apples became the symbol of Aphrodite the goddess of love. In greek culture throwing an apple at someone meant a declaration of love. If you caught the apple it was seen as an acceptance of the love thrown your way.

Bobbing for apples is a game mainly played with children on Halloween. A bunch of apples are put in a basin filled with water. The children try to pull out an apple with only their teeth. No hands allowed.

The current version of Bobbing for Apples came is spun out of a New Years tradition that states who ever bites the apple first will be the first to marry. The throwing of apples at the wedding party evolved from this tradition, and transformed into the throwing of rice.

Because of our germaphobic culture the tradition of apple bobbing is on the decline. It has been said not to be sanitary; hence, the movement towards stringing the apples up on separate strings instead of placing them in a bucket of water.

Adam Apple: It refers to the bulge in the neck of a male. It was thought the bulge was caused by a piece of apple, the forbidden fruit, getting lodged in Adam's throat.

Don't upset the applecart: It an expression referring to someone who interrupts tradition.

One bad apple ruins the barrel: This expression coined by Chaucer means that one person could corrupt a group of otherwise normal people. One bad apple is thought to spread disease to the rest.

Apple Polisher: Kids gave their teacher's apples in hopes of currying favor with the teacher. The term apple polisher means teachers pet or someone who is striving to influence others.

How do you like them apples?: Usually spoken in anger or in retaliation to some one's comment.

Apple of my eye: A term of endearment for a treasure person. The physical apple of one's eye is the pupil.

Big Apple: New York City is called the Big Apple because in the 1940s it was though there were a lot of apples on the tree or places to listen to Jazz music.

As American as apple pie: In the 19th and 20th century it became the symbol for American prosperity and values.

Upper Crust:To save on lard and flour people began baking their apple pies with just one crust. If you could afford both the top and the bottom crust for you apple pies you were considered to be the Upper Crust in society. That is to say, you were financially well off.

Did You Know This Apple Fact?

The World Record for bobbing for apples is held by Ashrita Furman from New York City. She bobbed 34 apples in 60 secs

The poison apple is synomous with the tale of Snow White. It is with the apple that her stepmother tempts her into taking a bite. The apple within Snow White is wrot with unhappiness and represents her sin as well as the sinful act of the stepmother. Snow White sin is akin to Adam's sin. Adam did not listen to God's warning much like Snow White did not listen to the dwarves warnings about strangers, and letting anyone in the cottage. Unlike Adam, Snow White reprucussions are not as severe or irreversible. Snow White is able to overcome her sin with true love's kiss. Love overcomes the temptation of the apple. Perhaps, Aphrodite was afoot turning the poison apple into an apple of love. Snow White doesn't find her prince again until she has partaken of the apple. Maybe even poison apples have some tranformative powers or perhaps, I reading too much into the symbolism.

Snow White and the Seven Dwarfs (Three-Disc Diamond Edition Blu-ray/DVD Combo + BD Live w/ Blu-ray packaging)
Snow White is a romantic tale for all ages. It showcases the themes of triumpth over evil, love and friendship. This movie is worth spotlighting because it's a disney classic that uses symbology to invite historical connotations. Snow White operates on a multifaceted level that bring young and old together.
Buy Now

Enchanted echoes Snow White with the appearance of 3 delicious red poisonous apple. The apples in this tale are tainted by the stepmother, as she that poison apples do not grow on trees, suggesting that apples symbolize more than original sin in this picture. After all, Giselle is sent to New York City, the Big Apple, where she finds Robert her real true love. New York, the Big Apple, symbolizes love. Robert and New York are thrown at her, much like love apples in the ancient Greek culture, Her acceptance of New York can be seen as her acceptance of the apple of love.

Enchanted [Blu-ray + DVD]
Enchanted showcases music, love and happily ever after in the real world. It is layered with Disney, biblical, and mythological history. There is more to this Disney movie than one might first see. This movie echoes many stories and acts like a protector of these tales. It's definitely worth watching over and over again.
Buy Now

Did You Know This Apple Fact?

The heaviest apple recorded in the Guiness World Record Book was 1.849 Kg or 4lbs 1 oz. The apple was grown in Hirosaki Japan.

The introduction of Desperate Housewives depicts the pivotal female cast bearing apples in their hands. Perhaps, echoing Aphrodite's seductive powers and Eve's falls from Eden. The sentiment is reinforced by Gabrielle's infidelity to Carlos with John the gardener (Season One), or Brie's battle with the bottle.

Why not upset the apple cart?

If you don't the apples will rot anyway.

Since the first episode of the first season of Supernatural the metaphor of an apple pie life has been inter-weaved in to the background of the plot.

Supernatural: Season 5
Eric Kripe and the CW's Supernatural tells the story of two brothers whose lives were torn apart and irrevocably changed after the death of their mother. The brother reconnect travelling from place to place killing the creature that most people only think are legends. It's laced with humour and pain and is entertaining as well as interesting to watch. It includes many legends from religion, myth and even the occasional fairy tale. In recent seasons they have explored more lore on angels and God which raises many question. I would definitely recommend this series.
Buy Now

"I hope your apple pie is freakin' worth it!"

"So what are you gonna do? Just live some normal, apple pie life?"

Apple - Mac - The Evolution of Business

Steve Jobs is the co-founder of apple and the current CEO. The apple company was founded in 1976. Apples key products include ipod media players, the iphone, and their latest technological break through the ipad. The logo for this company is the apple with a bite out it. I would suggest the apple symbolizes knowledge and temptation. Knowledge because Apple is seen as innovative and striving for the next big thing, and temptation because once you see their products you can't help but one. Below is an example of Apple innovation: The ipod touch

Are you interested in making a myriad of apple dishes? I recommend using the following supplies: 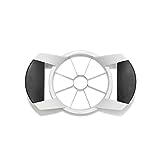 Do you love apples? What connotations does the term have for you?

Leave me your Comments on All Things Apples