What Happened to the Deserters of Company G, 93rd Indiana Infantry?

As you search your family genealogy, what if you find a Civil War ancestor who's not a hero, but a deserter? It might be a let-down or a shock, but think it though. There are many factors that influence a soldier's behavior during wartime.

In my great-great grandfather's diary, I found his list of the men he served with in Company G, 93rd Indiana Infantry. A separate page was headed "Names of deserters of Co. G. of 93 regiment.of Ind. volunteer Infantry." I was curious about the seven names listed. Could I find anything about these men 150 years later? How had their lives turned out after they deserted their regiment in wartime? What caused them to desert?

He deserted at Memphis, but returned about six months later on 16 December 1864. There was no trial and he was restored to duty but lost his pay for that time.

After the war, he married Marie Goffinet. They had six children. He died in 1919.

He deserted at the same time as his brother Alphonse Dupont (above) and returned the same time. He was reinstated but lost pay for the time absent. He married Elisa Rhodes. He died in 1907.

One in seven enlisted Union soldiers and one in nine Confederate soldiers deserted.

The company roster lists him as deserting on December 14, 1863. My ancestor's diary just lists him as F.M. Hobbs.

I had no success finding anything about his life in my online searches.

His place of residence when he joined Company G was listed as Maxville, Indiana. He was mustered in on August 28, 1862.

Desertion During the Civil War 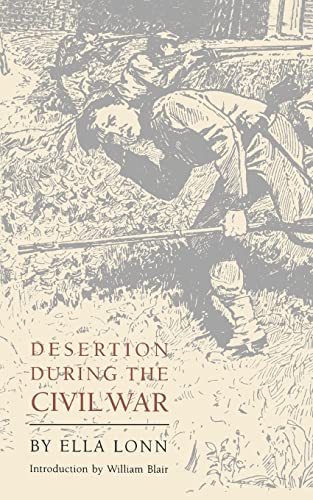 Desertion during the Civil War
The author discusses the reasons for desertion and how the loss of manpower affected the outcome of the war. I found it very enlightening to read this book for better understanding of the reasons men deserted.
Buy Now

On Abraham Tower's list, the last name was spelled Sturdyvan. Probably just Abraham's attempt at spelling it from having heard the name. He also listed the first name as James, but the official roster lists William M. Sturdevant.

I found him on ancestry.com with an enlistment date of 8 Dec 1863. So it was 7 months later that he deserted.

The Roster for the 93rd Indiana Volunteers

Captured deserters generally were not shot or hanged because manpower was so precious.

How Would You Feel to Find an Ancestor Was a Deserter?

Diaries Tell the Story of Desertions in the South

No Soap, No Pay, Diarrhea, Dysentery & Desertion: A Composite Diary of the Last 16 Months of the Confederacy from 1864 to 1865
Using bits from letters and diaries written by many soldiers compiled together, this account shows how conditions for the Confederate troops affected their will to stick it out or to desert. You will find many of the accounts quite emotionally touching. This goes far beyond the usual accounts by bringing it to the personal level.
Buy Now