Whatever you see as life in this world, from microscopic bacteria to gigantic blue whale, from beautiful rose to sky loving redwood tree, the magician behind this wonderful phenomenon 'life' is simply the DNA, the key of life.The 4 letters of life (A,G,C,T) from microscopic bacteria moving through humans and reaching blue whale. The 4 letters responsible for the amazing diversity, mind boggling manifestations that probably passed on from the very beginning of life.The DNA in bacteria, in plants, in humans, in elephants, in blue whales, the molecule is the same but all are different and unique in its own. How? This question persists over time. But think of a molecule that connects blue whale to humans and humans to bacteria, the commonality that connects entire organisms, behind the curtain, the master is the same, manifestations may be different and that is the wonder molecule of life "The DNA".

Behind the DNA structure

Almost all the DNA of eukaryotic cells is found in the linear chromosomes of the nucleus. Small amounts of circular DNA are found in cytoplasmic organelles such as mitochondria & chloroplast.

In DNA, the sugar is a form of ribose called deoxyribose (it is missing the oxygen in the 2’ carbon atom)

A+T=C+G (No. of AT pairs need not equal to the number of GC pairs

Adenine is paired to Thymine by 2 hydrogen bonds

Cytosine is paired to Guanine by 3 hydrogen bonds

DNA contains many mono deoxyribo nucleotides covalently linked by 3’5’-phosphodiester bonds. The resulting long, unbranched chain has polarity, with both a 5’end and a 3’end that are not attached to other nucleotides.

The sequence of nucleotides is read as 5’-3’. DNA exists as a double stranded molecule (A few virusesØX174 contain single stranded DNA as genetic material), in which the two strands wind around each other forming a double helix. The two chains are paired in an anti-parallel manner that is the 5’ end of one strand is paired with 3’ end of the other strand.

Most DNA molecules are right handed double helices. The stacking of the paired bases by their flat surfaces in the center of the molecules to forms a hydrophobic core. Together with the hydrogen bonds between the base pairs, these hydrophobic interactions contribute to the stability of the molecule.

DNA is negatively charged, why?

At neutral pH,there is no charge on any of the bases, but the phosphates on the surface of the DNA molecules are ionized, giving the molecule a net negative charge.

The ds DNA has 2 different grooves: a major groove and a minor groove, where interactions between specific nucleotide sequence and specific DNA binding enzymes (like DNA polymerase) may occur inorder to activate or repress a gene action. 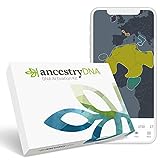